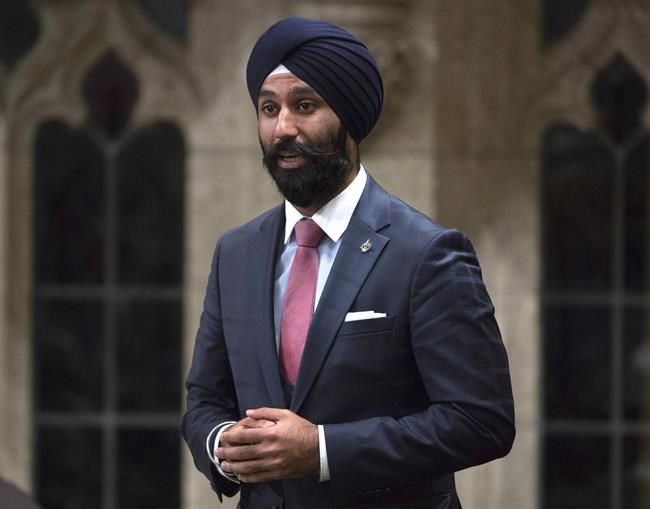 OTTAWA — A pair of Ontario businessmen say they each loaned former Liberal MP Raj Grewal $200,000 before being invited to join a 2018 trip to India with Prime Minister Justin Trudeau.

Brampton tire centre owner Andy Dhugga told an Ottawa court today he has known Grewal’s family for a long time, and Grewal asked him for the money in the summer of 2017, saying he needed to pay off a different loan.

A former Liberal political staffer testified earlier that Dhugga and businessman Yusuf Yenilmez, who told court he also loaned Grewal money, were both on a shortlist of five guests Grewal invited to participate in a private meet-and-greet with Trudeau in New Delhi.

The former MP is facing two breach of trust charges, with the Crown alleging he used his political office for personal gain and offered access to the trip in exchange for money that he used to pay off major gambling debts.

Grewal was elected to represent Brampton East for the Liberal party in 2015 and resigned from its caucus three years later when his gambling problem came to public light.

The former MP has denied any wrongdoing and stated at the time of his resignation that he had sought treatment for his gambling addiction and paid off all his debts.