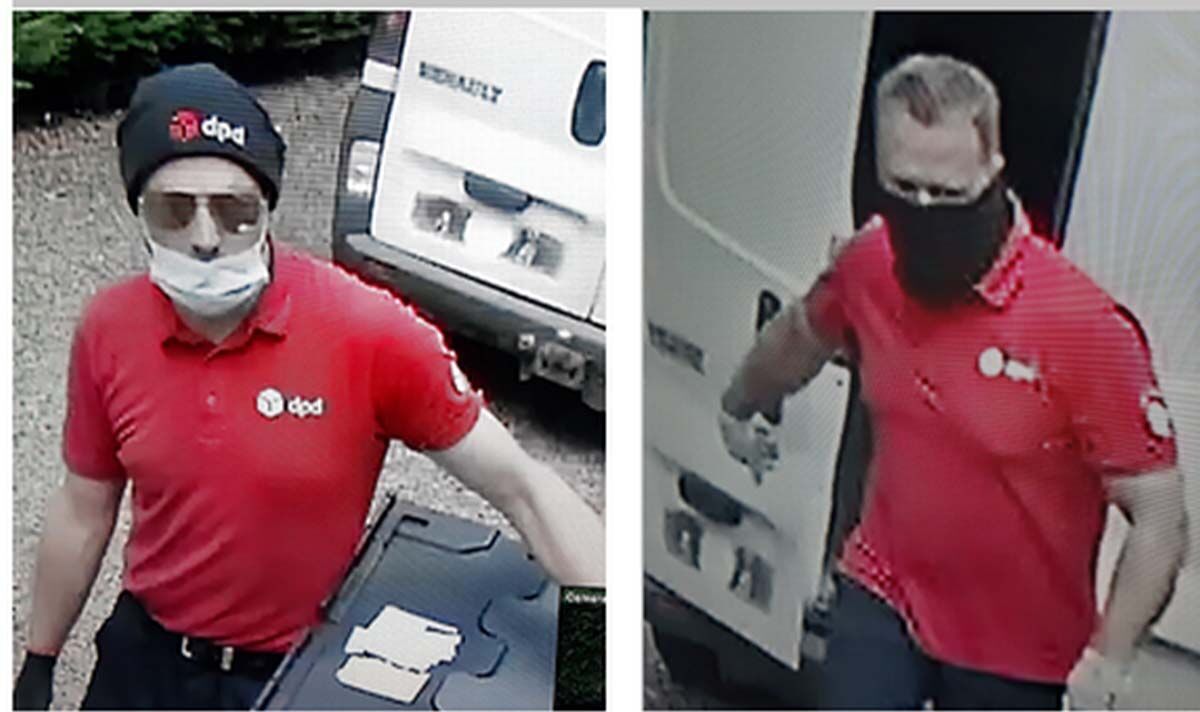 South Yorkshire Police said they are now on the hunt for two men who forced their way into the property in Doncaster, last week. Police say that on Sunday, July 24, at 6.45pm, the pair, dressed as delivery drivers for DPD, rang the door at a property in Whin Hill road, Bessacarr. When the victim then answered the door, the burglars forced their way in before pushing and restraining them.

They held the victim and proceeded to steal cash and jewellery, YorkshireLive reports. The suspects then fled the scene in a white panel van.

Thankfully, the victim did not suffer any injuries from the assault but was, understandably, left shaken.

In the hope of identifying the suspects, police have now released CCTV images of the two men, described as white, between the ages of 35 and 40. A spokesperson for the force said: “Two men posing as DPD delivery drivers forced their way into a property in Whin Hill Road when the victim answered the door. The victim was pushed and restrained while the offenders stole cash and jewellery. They left the scene in a white panel van.

“The victim was unharmed but left understandably shaken. The suspects are described as white, aged between 35 and 40 years old and of average build.

“Officers have issued a CCTV image of two men who may be able to assist with ongoing enquiries.

“Do you know these men? If so, information can be reported to us using our new live chat, online portal or by calling 101.”

Anyone contacting police in relation to the incident is asked to quote incident number 901 of July 24.

Alternatively those with information can contact Crimestoppers anonymously on 0800 555 111.