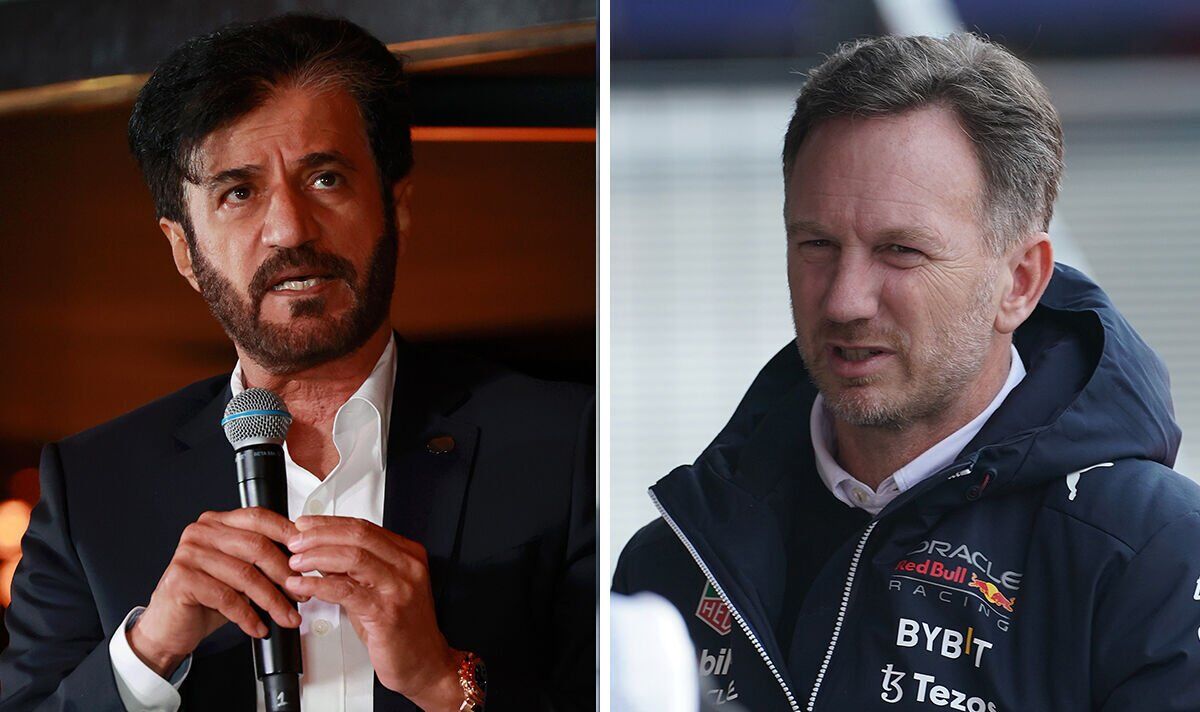 FIA boss Mohammed ben Sulayem has risked starting another F1 war by slamming fans for criticising the organisation and shifting the blame on teams for bizarre decisions in 2022. F1 bosses hit out at Ben Sulayem earlier this week after rumours emerged of a possible Saudi Arabian takeover.

It raises fears of a possible civil war between F1 and the FIA over the future direction of the championship after Ben Sulayem was sent an explosive letter. The open letter said Ben Sulayem’s comments “interfere” with F1’s rights over exploiting the commercial rights.

And now, the FIA president has risked angering fans and teams with his latest comments. The governing body had already come under fire last season for its handling of the Japanese Grand Prix after a tractor was allowed just metres from the racing line after an early crash and for confusion around the points system.

Addressing the situations, Ben Sulayem defended the FIA and appeared to shift blame onto teams, including Mercedes and Red Bull. He told Motorsport.com: “Going back to Japan. First of all, if you look, before the next race, we had a complete report [on the events that took place]. It was never done before. We had it on the website of the FIA.

“Then coming to the points: who chose that? The teams. Who approved them? The teams. We just had to implement them. And who takes the blame? Us. Honestly. Where is the fairness? Tell me. This frustrates [me].”

His comments come after Ben Sulayem appeared to make a dig at Horner over the issue at the FUA’s Prize Giving Gala. Ben Sulayem added: “Japan you said was controversial – no. The FIA was blamed for the points, but it was not the FIA which made the rules, it was the teams who made the rules, and we were implementing them.”

Pierre Gasly was among the most vocal to slam the decision in Japan just eight years on from Jules Bianchi’s fatal crash at the 2014 race in Suzuka. Just hours later, the FIA were again called out for confusion around Max Verstappen’s championship win.

The Dutchman was only told he had won the title in an awkward exchange with Sky Sports’ Johnny Herbert and only believed it in the cool-down room after the chequered flag. The Red Bull driver crossed the line in P3 but was promoted to P2 after Charles Leclerc was handed a penalty.

When reflecting on the mayhem, Verstappen described the chaos around his title win as “weird” but “quite funny”. Ben Sulayem has confirmed fans would see changes to the points system for 2023 after the uncertainty.

It is understood the FIA’s new sporting director Steve Nielsen has been tasked with making updates to the rule ahead of the first race.