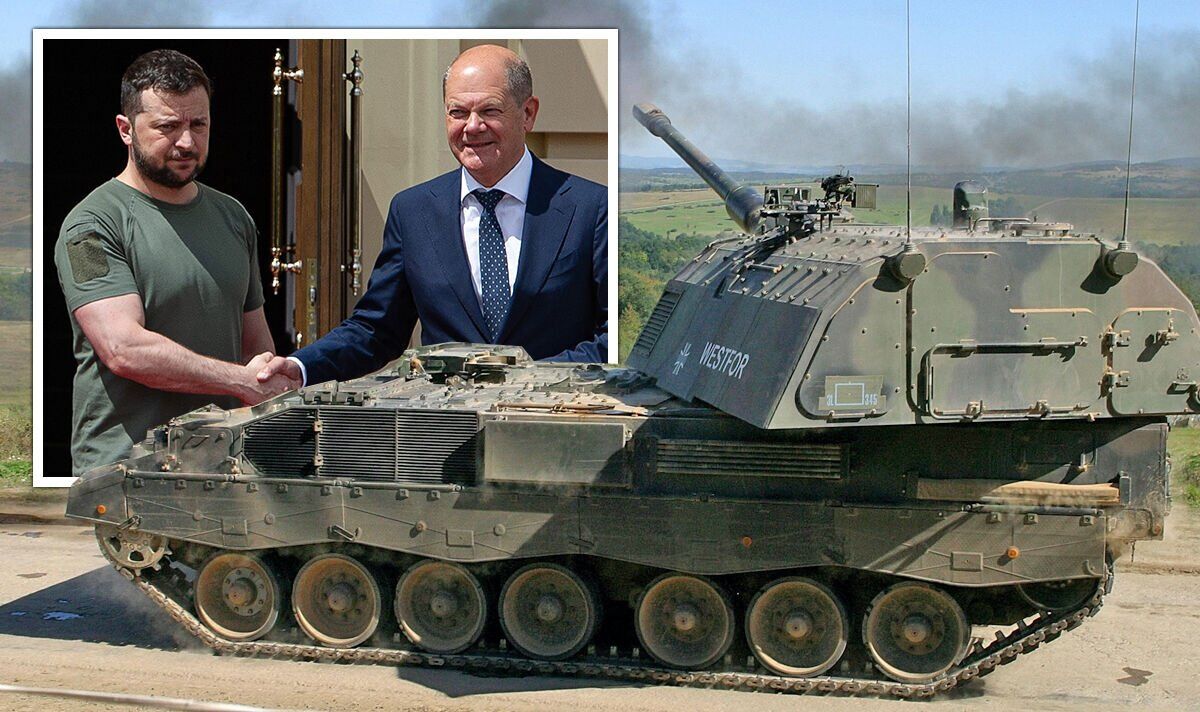 The Panzerhaubitze 2000, one of the most powerful artillery weapons in German Army inventories, made it to war-torn Ukraine on Tuesday after repeated calls across the political spectrum and among the public for Olaf Scholz‘s government to ramp up the country’s aid for Kyiv. One prominent national reporter called the shipment “finally something worth complimenting Germany for”.

The weapon can hit targets at a distance of 40 kilometres (25 miles).

Berlin pledged to supply Kyiv with seven self-propelled howitzers back in May, adding to five such artillery systems the Netherlands had already promised.

Although the shipment falls short of fulfilling Ukraine’s needs — Kyiv has previously said it needs 1,000 howitzers, 500 tanks and 1,000 drones to repel Russian troops — Germany’s contribution was received with praise.

Ukrainian journalist Oleksiy Sorokin, from the Kyiv Independent, wrote on Twitter: “A major boost to Ukraine’s war efforts and finally something worth complimenting Germany for.”

Other countries that have supplied Ukraine with self-propelled and towed howitzers include the United Kingdom, United States, France, Norway and Poland.

Mr Yermak, as part of Kyiv’s effort to plead for more and better artillery from the West, posted a list of other arms promised by Germany, including 30 Gepard tanks and three MARS II multiple rocket launchers, as well as 500 shoulder-fired Stinger missiles.

The German government, meanwhile, shared its first full list showing both the equipment it said it had already sent to Ukraine and items it had pledged that were still being arranged.

In addition to Tuesday’s delivery, the German Defence Ministry said it had sent 14,900 anti-tank mines, 500 STINGER air-defence missiles and 2,700 anti-aircraft missiles, 16 million rounds of ammunition for handguns and 100,000 hand grenades, among other equipment.

Chancellor Scholz was initially hesitant to supply Kyiv with heavy weapons, at first offering to send nonlethal supplies such as combat helmets only.

As Europe’s biggest economy and the world’s fifth-largest arms exporter, the stance was highly scrutinised.

Following widespread pressure, the German leader announced a policy reversal. Then, however, a lack of speed in sending the promised and much-needed arms became the subject of criticism by President Volodymyr Zelensky and his aides.

Mr Scholz’s team defended the delays by saying it needed to ensure Ukrainian forces received training on the new weapons systems, and that defence industry protocols needed to be radically changed to accommodate the deliveries.

In several instances, he used wording such as “Putin must not win, Ukraine must exist”. Yet, he never explicitly mentions a Ukrainian war victory.

But last week, during a symbolic visit to Kyiv with French President Emmanuel Macron and Italian President Mario Draghi, the Chancellor stepped up his country’s vows of support for Ukraine.

He said: “My colleagues and I came here to Kyiv today with a clear message: ‘Ukraine belongs to the European family.’

“But we don’t just want to demonstrate solidarity, we also want to assure that the help we organise — financial and humanitarian, but also when it comes to weapons — will be continued.”