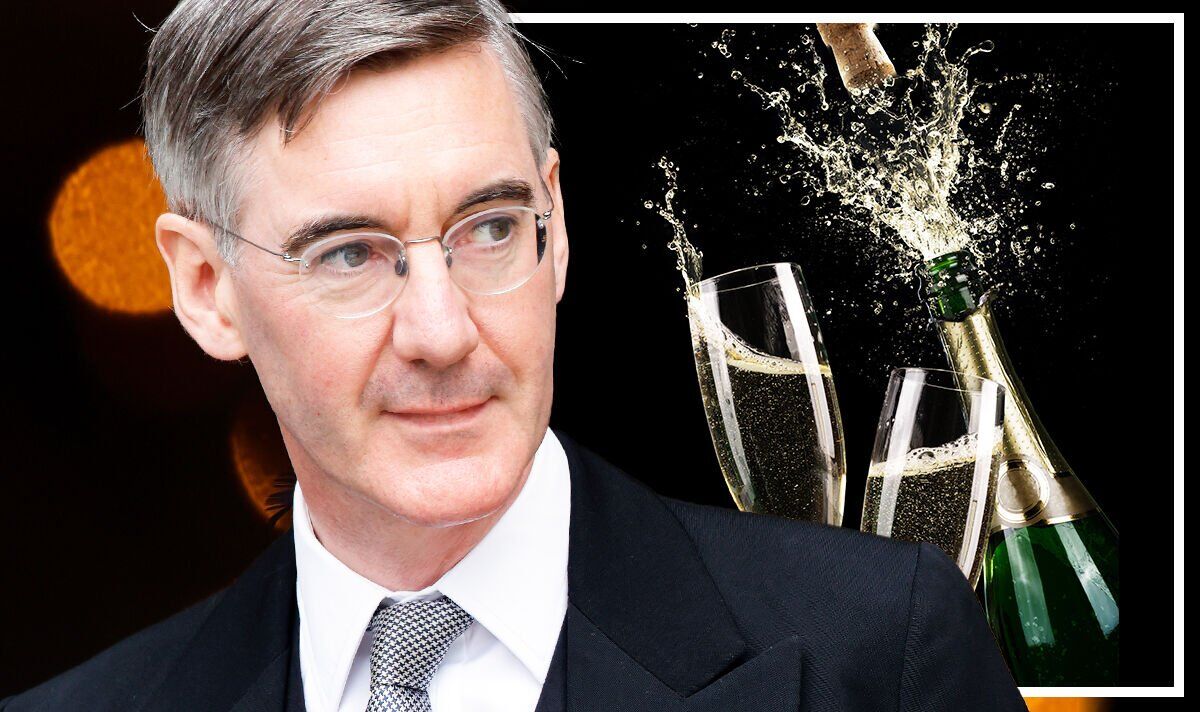 In a dig at Emmanuel Macron, the leading Brexiteer minister who played a key part in the Referendum also noted that Champagne was “really English” not French.

He pointed out that Champagne was only able to be developed because the English in the 17th century had come up with a tougher glass bottle which would not explode with fizzy wine.

The minister also vowed that his team in the Cabinet Office will soon be publishing “the long list of regulations” which affect wine because the French and other wine producers had insisted on so many restrictive practices to regulate the industry in the EU.

Mr Rees-Mogg thanked Express readers for coming up with many “very good ideas” on how to get rid of EU rules and also had a warning for departments who were not pulling their weight in deregulating.

He said: “One department came back and said we want to get rid of just 2 percent of rules. Well that’s not enough and we told them to go back and think again.”

He added: “It is fair to say that some Secretaries of State are keener on getting rid of rules than officials.”

Among the other unnecessary rules highlighted was an insistence that lorry drivers had to take a regular series of tests over five days to keep their licence.

He said: “Most of us don’t realise these little things but most of us here don’t have an HGV licence.

“It was nonsense and a complete waste of time. Drivers could take the same module five times over five days and still pass. They learnt nothing, it achieved nothing.”

He also pointed out that regulations already passed on have helped with the cost of living crisis.

EU rules rejected by the UK would have increased the price of cheeses by 70 percent and fish fingers by 2 percent.

READ MORE: Truss mocks Lammy in Brexit row as they clash over EU in talks

Mr Rees-Mogg described the changes as “a bloodless revolution” and insisted that it showed the benefits of Brexit and how it can tackle the cost of living by “sorting out supply-side economics and making life easier for business and consumers.”

He accused the EU of having a system which protected those already producing goods but prevented challengers from entering the market.

He described the reforms as “a cumulative elephant” in that it was “lots of small changes which will produce something big.”

Meanwhile, he turned his ire on pro-EU thinktanks like Changing Europe producing reports claiming Brexit is cost Britain billions as well as Ryanair boss, Michael O’Leary, trying to blame Brexit for problems coming from covid such as airport chaos.

He said: “It’s just a rerun of Project Fear from the Referendum. They produced the same bilge then. It was nonsense then and it is now.”

He added: “Businesses are trying to blame bad business decisions on Brexit. Although Ryanair has done better than EasyJet in retaining its staff.

“Have the Netherlands or Sweden or Ireland left the EU? They have worse airport chaos there. It’s nothing to do with Brexit.”