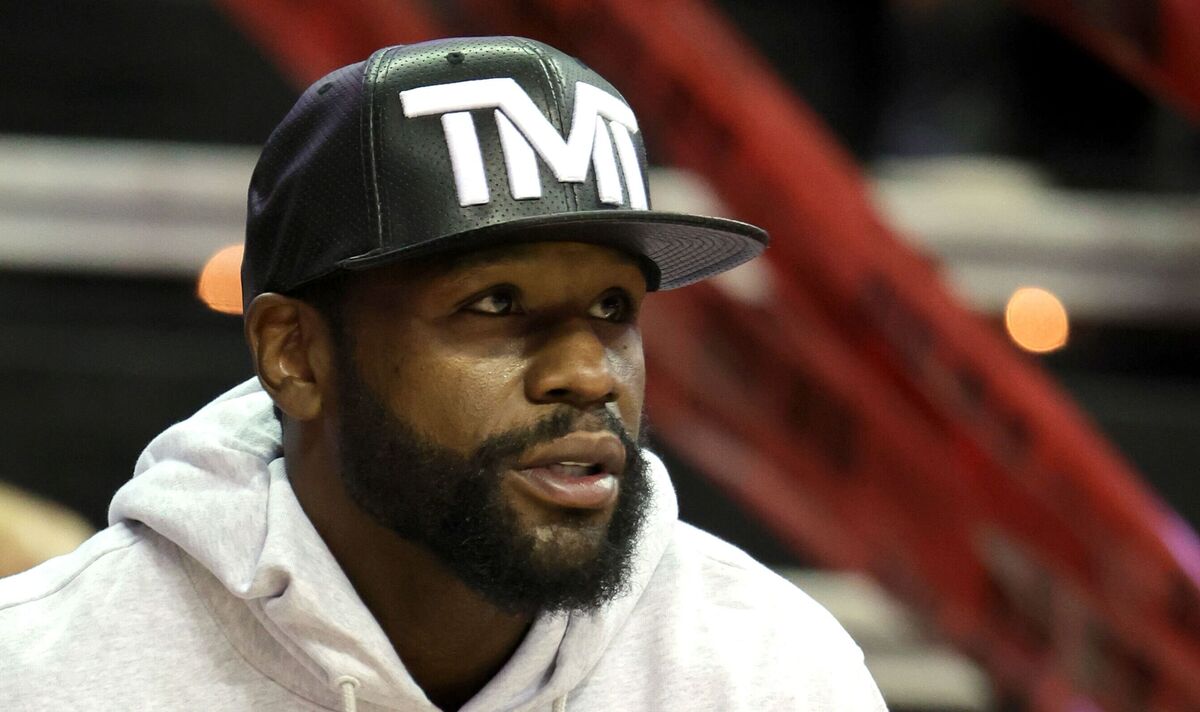 Boxing icon Floyd Mayweather will fight Geordie Shore star Aaron Chalmers at his next exhibition bout. The American will compete in the UK for the very first time next month and his opponent has now been revealed.

Muay-Thai champion Liam Harrison pulled out of the O2 Arena bout on February 25, and Mayweather has announced that he will face Chalmers. The Newcastle native is best known for his stint as a star on MTV reality show Geordie Shore as well as a number of others, but has a fighting background in MMA under the Bellator and BAMMA banners, and recently won on his boxing debut.

“I was originally supposed to face a different opponent, but injuries happen and I’m glad that Aaron Chalmers could step up so that we could give the fans what they want,” Mayweather said in a statement. “The fans in the UK have always been great to me and supported me throughout my career, so an event like this has been a long time coming. I’m excited to add more history to The O2 arena in London.”

“I’ve been training with Adam Booth in the boxing gym and I’m eager to make a name for myself in the boxing world,” Chalmers added in a press release. “I jumped on this opportunity immediately.

JUST IN: Anthony Joshua agrees April fight with next opponent as he aims to avenge Usyk defeats

“It’s an honour to share the ring with one of the greatest fighters of all time and I’m definitely going to take advantage of it.”

Mayweather most recently travelled to the UK for a press conference with YouTube star Deji, whom he defeated in a Dubai exhibition bout last October. Mayweather’s initial UK debut opponent Liam Harrison pulled out of the bout just six hours after it was officially announced.

In a lengthy statement posted to his social media, Harrison explained that he was unable to go ahead with the bout due to knee injury.

“Many of you will have seen the announcement this morning about my fight against Floyd Mayweather. Devastatingly, my knee just won’t allow it,” he said. “Discussions about the fight started a few days ago with the Mayweather team and I honestly thought I would be ok in a boxing fight, even with needing surgery on my knee.

“I upped my training as soon as discussions started and had some hard sparring and pads but almost immediately my knee had ballooned up and I can’t walk. Hitting pads is fine but the movement and agility needed to spar and especially fight just isn’t possible.”

Since retiring from professional boxing in 2017 with his record 50-0, Mayweather has participated in several lucrative exhibition bouts. Perhaps his most high profile bout came against Logan Paul in July 2021. The event was a big success and sold over one million pay-per-view buys, with Mayweather said to have earned around £52 million with Paul set to earn £15m.