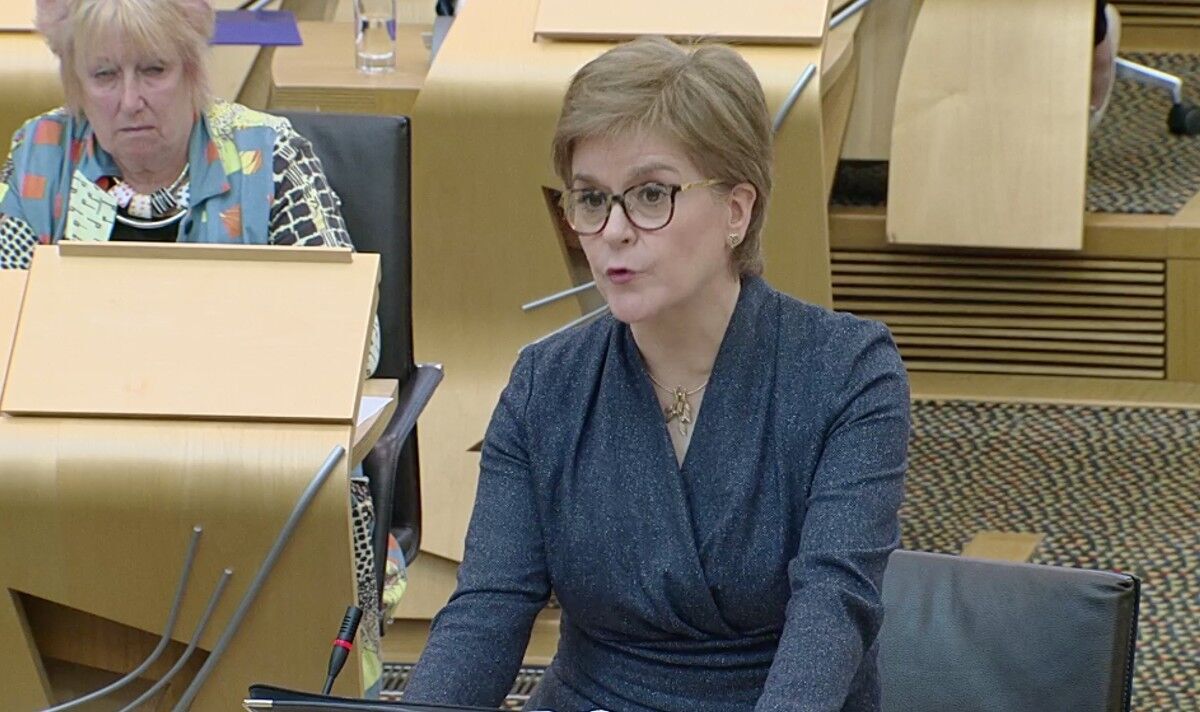 Nicola Sturgeon will face a grilling from Scottish opposition leaders in FMQs today, after a former chancellor said the First Minister knows she would lose a second independence referendum.

Ms Sturgeon is set to unveil her road map to separation next week, but Alistair Darling believes that the Scottish leader does not really want to hold a second independence vote.

Lord Darling, who ran the pro-union “Better Together” campaign during the first referendum in 2014, claimed that with polls showing that a majority of Scots oppose Ms Sturgeon’s timetable for a referendum in 2023, she “does not want” the disastrous fate of leading another losing campaign.

Speaking to LBC, Lord Darling said: “I don’t think she wants her referendum any more than I do because I think if you had it today, she’d lose.

“It’s interesting she recognised the border problem and said it was a challenge. Well, we’ve seen in Northern Ireland, what happens when you stick a border in the United Kingdom it is more than a challenge.