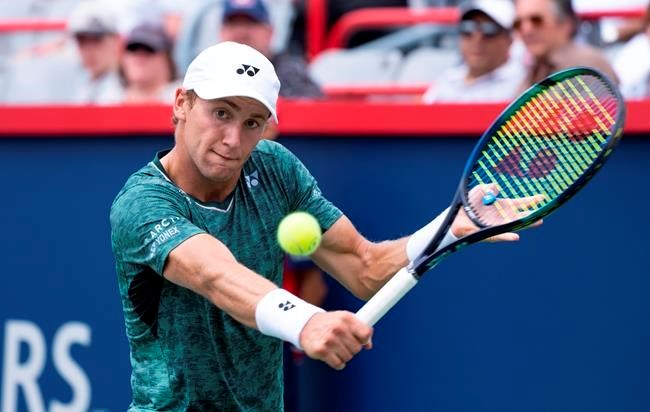 MONTREAL — Fourth-seeded Casper Ruud of Norway reached the quarterfinals at the National Bank Open on Thursday with a 6-7 (4), 7-6 (4), 6-4 victory over No. 14 Roberto Bautista Agut of Spain.

Ruud is the highest seed left in the singles draw after No. 1 Daniil Medvedev of Russia, No. 2 Carlos Alcaraz of Spain and No. 3 Stefanos Tsitsipas of Greece were eliminated a day earlier.

The match was completed over four hours after its initial start time. Mid-afternoon thunderstorms caused a delay of just over an hour.

Felix Auger-Aliassime, the No. 6 seed from Montreal, was scheduled to play ninth-seeded Cameron Norrie of Britain later in the afternoon on centre court.

Norrie beat the Canadian in the semifinals last week in Los Cabos, Mexico. It was his first victory over Auger-Aliassime in five tries on the ATP Tour.

Play continues at the US$6.57-million Masters 1000 tournament through Sunday.

This report by The Canadian Press was first published Aug. 11, 2022.