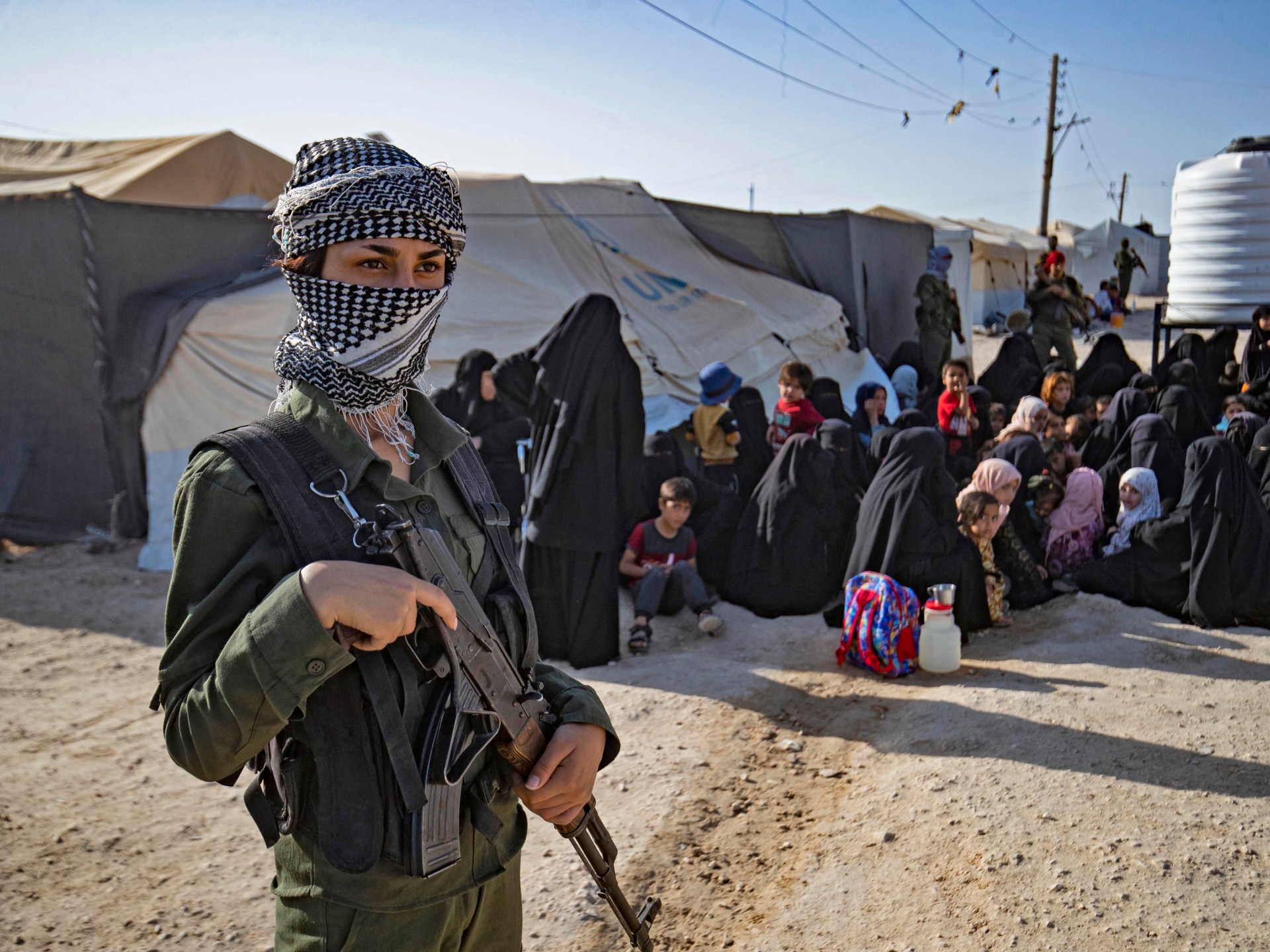 The repatriation involved 32 children and 15 women who will undergo medical and social monitoring, the French foreign ministry says.

France has brought back 47 French nationals from northeastern Syria, the country’s foreign ministry said, after a United Nations committee condemned Paris for failing to protect its citizens held in the war-torn country.

The operation involved 32 children and 15 women, the ministry said in a statement on Tuesday.

“The minors have been handed to the services in charge of child assistance and will be subjected to medical and social monitoring,” the ministry said, thanking the Kurdish-run local administration in northeastern Syria for its collaboration.

The repatriation comes as human rights campaigners have long urged governments to step up their efforts to bring back their nationals, especially children, from the camps, which were set up to hold the family of alleged ISIL members. Civilians also live in the camps.

Thousands of people had in the past decade travelled to Syria to join the armed group, many of them bringing their family members to live in ISIL’s self-declared state.

While ISIL has lost all the territory it once controlled in Iraq and Syria, the transfer of foreign ISIL detainees and their family members has become a thorny issue for European countries, with the Kurdish-majority Syrian Democratic Forces warning that it may be forced to abandon the camps.

More than 1,464 children and women have returned since 2019, according to local authorities cited by Save the Children in a report published in December last year. While the rights group has praised the repatriation effort, it noted that it was not enough, as people trapped in the camps face violence and trauma.

One of the biggest and most overcrowded camps is al-Hol, where more than two people died every week in 2021, according to Save the Children.

It also warned that “it would take up to 30 years” to repatriate all the children housed in al-Hol and Roj camps if the rate of repatriation stayed the same as it was in 2021.

The French government had long refused the mass repatriation of the hundreds of French children detained in the camps, dealing with them on a case-by-case basis that rights groups criticised as deliberately slow.

Last week, a UN committee condemned France for violating the Convention against Torture by refusing to repatriate French women and children from Syria.

“The United Nations Committee against Torture confirms it: our country chooses to abandon children and their mothers in war zones in full awareness of the suffering they endure and the violence to which they are exposed,” read a statement from lawyer Marie Dose, who represents several relatives of French women and children detained in Syria.