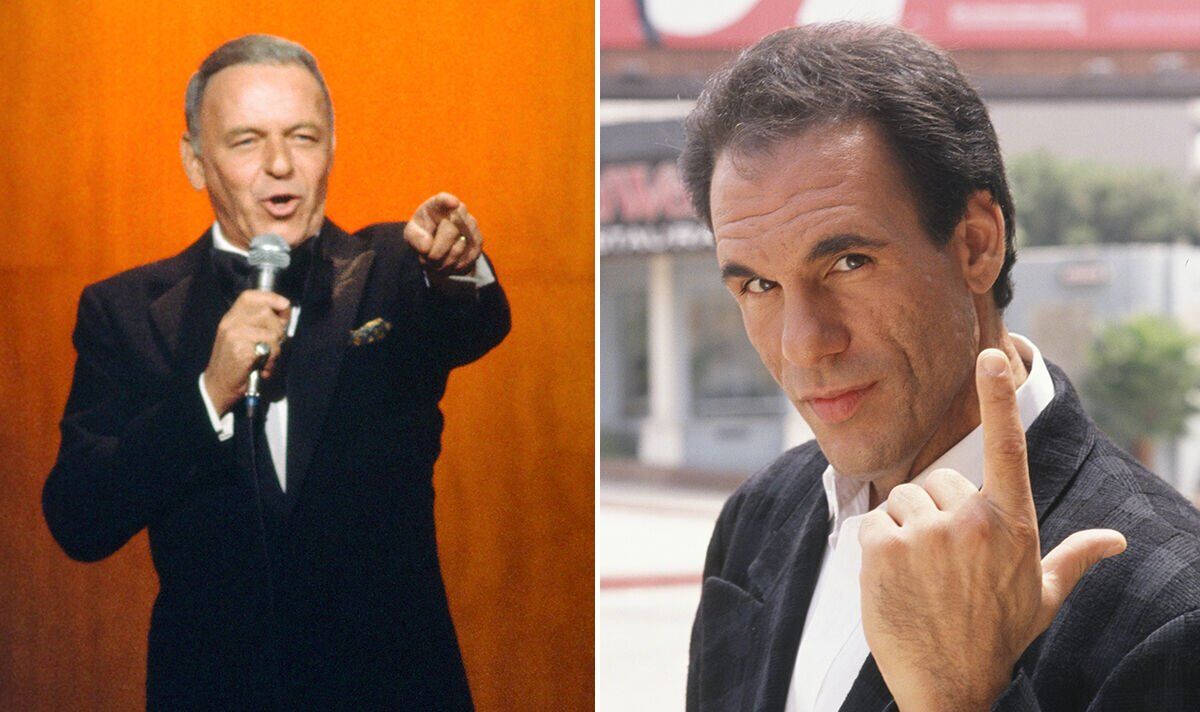 Before becoming a much-loved Hollywood villain star of the 1980s, Robert Davi’s first big break in films was a role in Frank Sinatra’s 1977 movie Contract on Cherry Street. Speaking exclusively, with Express.co.uk, The Goonies, Die Hard and James Bond actor spoke warming of his famous good friend, who died in 1998.

Davi, who was promoting the London Action Film Festival, said of Sinatra: “One of the things he imparted on me, he noticed I had some scarring on my neck and other places. He said, ‘Don’t let those scars bother you’ and he showed me his neck. He said, ‘You were a forceps baby, weren’t you? I was too. It’ll make you who you are, don’t worry about it.’ He was sensitive.”

The actor, who has followed the singer into crooner swing with the album Davi Sings Sinatra, added: “His professionalism and work ethic are an example to me. He was quite a person, quite a talent!”

Interestingly, Davi was cast in Contract on Cherry Street after being what he called “unjustly fired” as a waiter from a New York restaurant.

Coincidently, the movie was shot in the city and one night after filming, he was invited to dinner with Sinatra.

As they travelled in a limo with others, they ended up going to Fiorillo’s, the same joint the actor had been terminated from.

And it turns out their group included a member of one of New York’s notorious Mafia crime families.

Davi shared: “Now there was another gentleman in the car and I won’t mention the name, but he was a captain in the Gambino family. So we get into the restaurant and the manager who fired me turned white. The guy who was with us, he said, ‘I’ll be right back’ and pulled the manager aside – they disappear for a while. About 10 minutes later he comes back with an envelope and he goes, ‘Here, this is for you.’”

Davi added: “Yes. Sinatra was always a fan of the Bonds. I used to have lunches with Cubby Broccoli, Sidney Korshak and Frank Sinatra, three very powerful men. Even Michael G Wilson said that “FS” was a nod to Frank Sinatra. Same amount of letters in the name as my Bond villain Franz Sanchez has.”