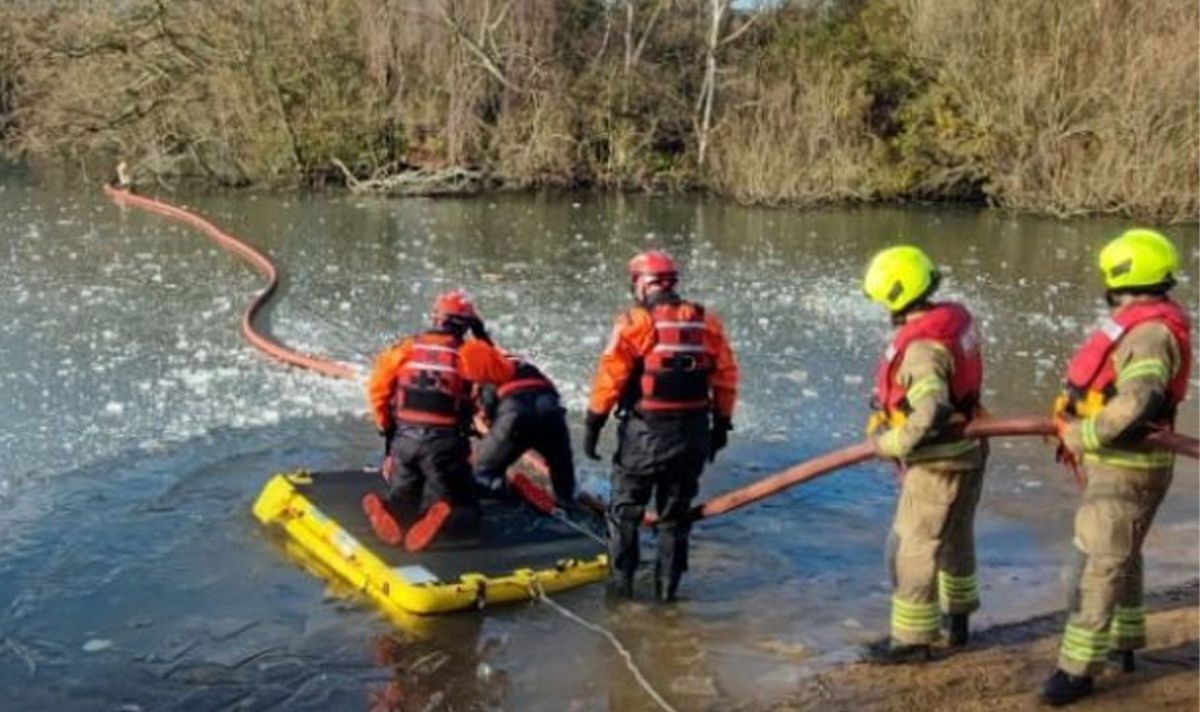 London Fire Brigade (LFB) rescued a teenager and a dog in East London, and had to use water rescue equipment to bring the pair to safety. LFB added the pair were stuck “quite a way” from the shore when they were rescued.

A spokesperson said: “Walking out on to frozen ponds or lakes is extremely dangerous. Never assume that the ice is thick enough to support you.

“It may look sturdy enough to stand on, but it often isn’t and can be of variable thickness especially as you move away from the edge where the ice is often thinner.

“If you fall into icy water, the risk of hypothermia is very high and can prove fatal.

“We see a number of people who put themselves in danger by attempting to rescue pets that have become stranded or trapped, and then they also need to be rescued by the brigade.

Weather in the south of England has been especially cold over the last few days, with the mercury expecting to plunge as low as -9C today.

The UKHSA’s cold weather alert means people are being urged to keep warm and check in on family and friends who may be vulnerable.