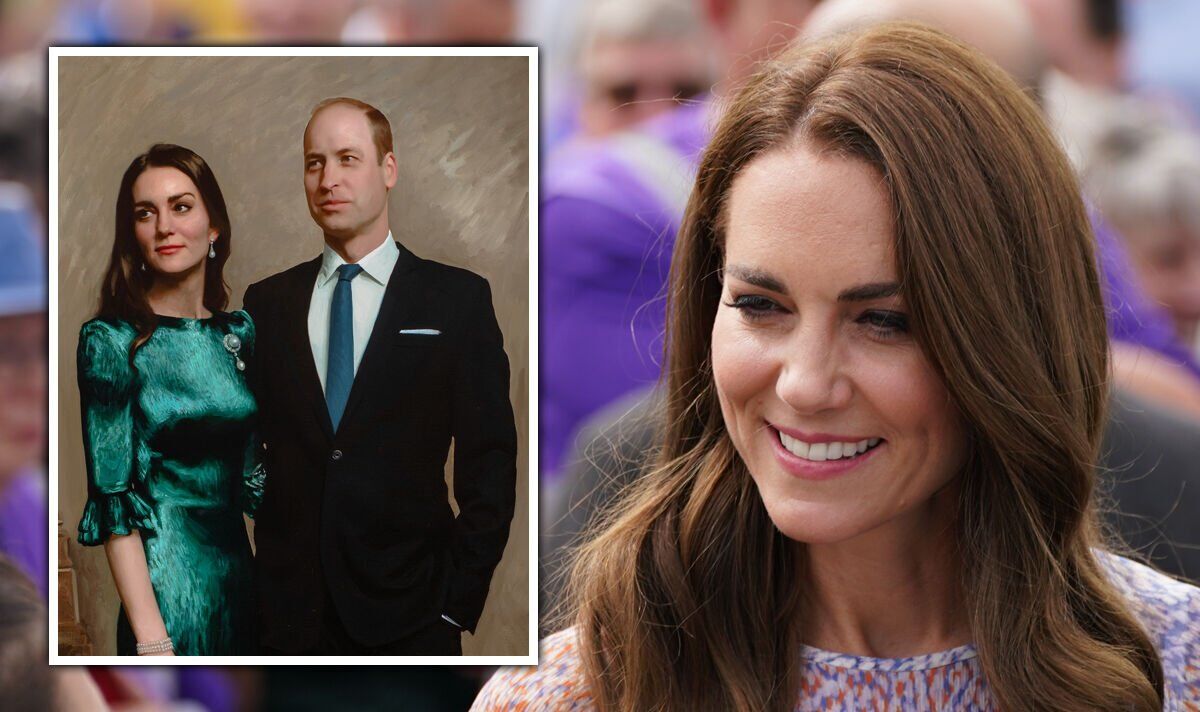 The Duke and Duchess of Cambridge’s portrait, commissioned last year as a gift for the people of Cambridgeshire, shows the pair standing side-by-side, with Kate in an emerald dress and William in a black suit. It will go on public display in Cambridge University, and was painted by award-winning artist Jamie Coreth.

It will go on public display in Cambridge University, and was painted by award-winning artist Jamie Coreth.

On Thursday, the Duke and Duchess met Mr Coreth as they viewed the painting of themselves in Cambridge.

After looking at the painting, William said “it’s quite big”, and told Mr Coreth it was “amazing”.

Mr Coreth worked to incorporate the city of Cambridge into the portrait by painting the background with the tones and colours of many of the historical stone buildings that are synonymous with it.

Mr Coreth said it was the “most extraordinary privilege of my life to be chosen to paint this picture”.

Author A N Wilson was scathing about the portrait, saying it showed the Duchess as “a dummy; a beautiful woman to a strangely boring doll”.

He wrote for the MailPlus: “The real Duchess of Cambridge cheers everyone up by her radiant smile.

“The figure in this painting is wistful, slightly petulant, and actually unrecognisable as Our Kate.

“It has also made her body a rather weird shape inside the glossy green dress.”

He also added: “She deserves better than this frumpy, inanimate, rather sulky version of her.”

Fans were also mixed on Mr Coreth’s painting of the Cambridge royals.

Darren Grimes, GB News presenter, said on Twitter: “Is it just me or does this REALLY not do Kate justice?!”

“The painter can do outfits but not faces so much.”

User @Pollyanna6th added: “I agree – she’s so beautiful but do not think that the frock is ‘her’.”

User @dvarets noted: “At least it’s lifelike and (not) some modernist rubbish.”

Another user, @FrankEd1967, said: “It’s not a particularly good painting. It says nothing.

“Other than it’s now U not non U to have your hands in your pockets.”

User @germinal42 mocked Mr Grimes’ comment, and said: “You have no idea what you’re talking about.

“It is called the artist interpretation, they are happy with it, what is your problem?”