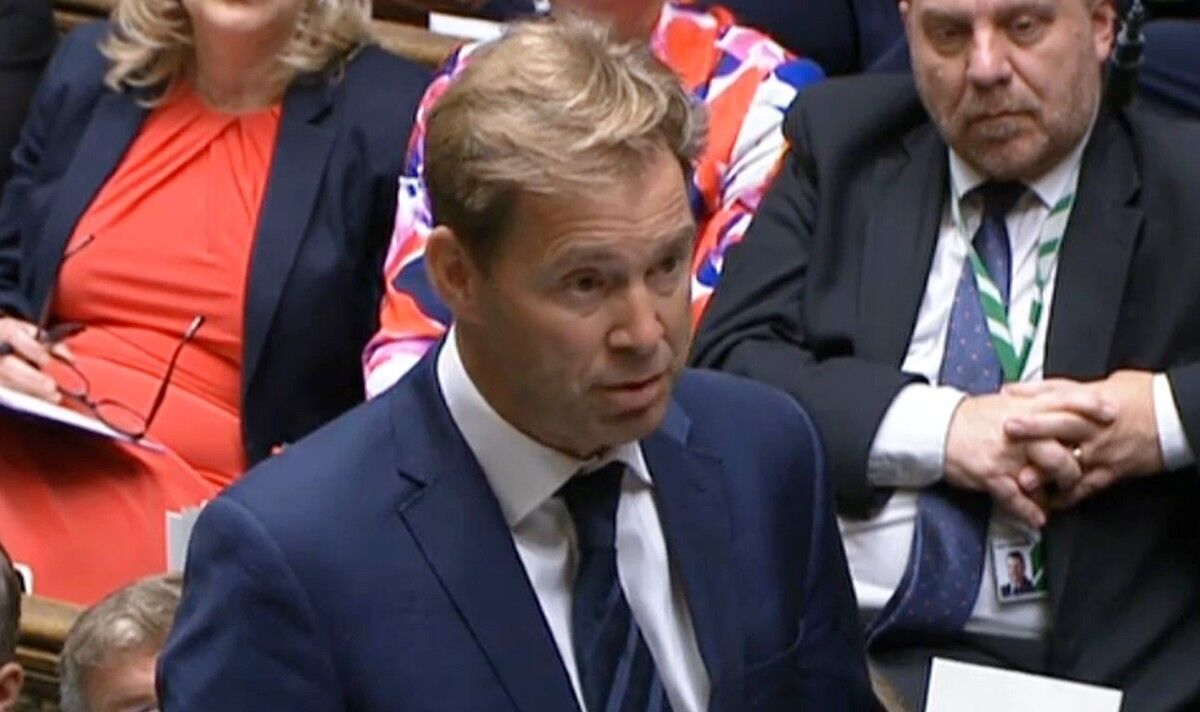 Conservative MP Tobias Ellwood has laid out a seven-point plan in the House of Commons to end the Ukraine war in the coming months. Mr Ellwood, who was adamant he needs to be listened to, presented a “strategy to conclude the conflict” before the end of 2023. He said the UK needs to “list the Russian state-sponsored Wagner military group as a terrorist organisation”, as well as directly impose sanctions on President Vladimir Putin.

Mr Ellwood called on the UK to appoint a Senior UK Ukraine Envoy to “help coordinate Whitehall support and align our efforts with our international allies”.

Also included in his seven-point strategy was inviting Ukraine to join the Joint Expeditionary Force, saying it is a “critical umbrella of security that will help deter Russia from attempting to invade in the future”.

Mr Ellwood also said the UK needs to “agree what the mission is” in Ukraine, in order to establish “what success actually looks like”.

The MP for Bournemouth East said the West needs to “secure a UN safe haven status for the port of Odessa”, in order to ensure that all “vital grain ships can reach international markets and lower the cost of living everywhere.”

Mr Ellwood’s plan also saw him call for the establishment of a major Ukrainian armaments factory in Eastern Poland, explaining that while donating equipment to Ukraine is the “right call now”, it is “not sustainable in the long term”.

He said the weapons factory could see Ukraine “develop its own equipment”, including the Leopard 2 – a German made tank.

This comes amid a continuing dispute over German tanks being supplied to Ukraine.

Berlin has imposed a veto on providing Ukraine with Leopard battle tanks, which are held by an array of NATO nations but whose supply to Ukraine would require Germany’s approval.

Leopard tanks are seen by defence experts as being the most suitable for Ukraine.

Speaking to Sky news earlier this month, Foreign Secretary James Cleverly said: “Of course, I would like to see the Ukrainians equipped with things like the Leopard 2 as well as the artillery systems that have been provided by us and by others.”

He warned that Mr Johnson should “not interfere with the messaging or the official lines of communication” between London and Kyiv.

But Downing Street indicated that Rishi Sunak is “supportive” of the visit, despite claims that it could undermine the Prime Minister’s authority.

In a statement, Mr Johnson said: “It is a privilege to visit Ukraine at the invitation of President Zelenskiy.

“The suffering of the people of Ukraine has gone on for too long.

“The only way to end this war is for Ukraine to win – and to win as fast as possible. This is the moment to double down and to give the Ukrainians all the tools they need to finish the job.

“The sooner Putin fails, the better for Ukraine and for the whole world.”