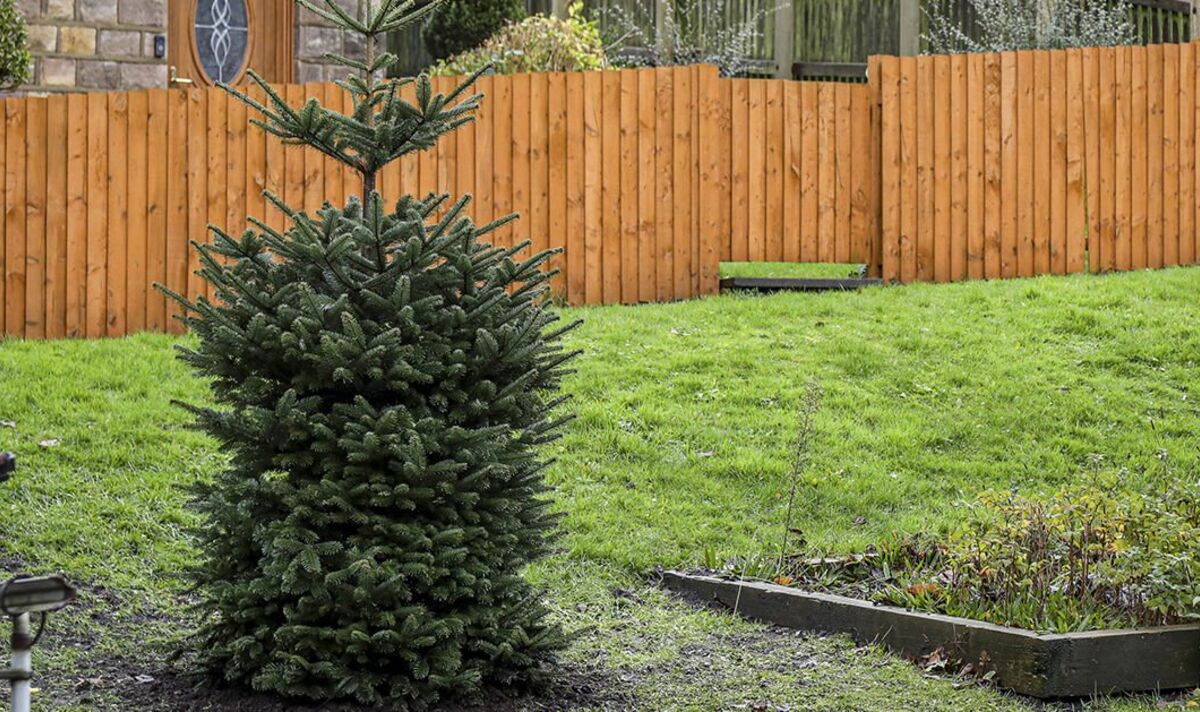 Fury after council shells out £1,450 for ‘rip off’ 6ft Christmas tree

Residents have blasted a council for shelling out £1,450 for a Christmas tree – which stands at just 6ft tall.

Locals in Oldham, Greater Manchester, say they’ve been “massively ripped off” after the spruce was planted and started to emerge. Diggle Village Association split the cost of the spruce with Oldham Council in the hope it’ll become the village’s first “permanent” Christmas tree.

The village association claimed the spruce was £200 cheaper than repair work needed to erect a temporary fir.

But those living in the small rural village have slammed the purchase.

One wrote on Facebook: “Wow, massively ripped off there! A 6ft tree will cost approx £60 to £100 depending on where you buy from then you add labour costs and you’ll be far far less than the £1,450 you’ve paid.”

Another furious local just wrote: “£1,450 for a tree?! How?” While a further resident wrote: “I’m no expert on tree prices, feels 10 times over-priced.” Other locals joked that the tree wouldn’t need to be hooked up to mains electricity and would only require a low-watt solar system to keep its lights illuminated. They said: “Don’t need electric hookup, just need solar.”

A third stated: “Oh dear, please be aware of scammers.”

One woman wrote: “No way has that sort of money been paid for that poor excuse for a tree.”

Diggle Village Association said the land where the tree was planted late last week was owned by Oldham council so they had to use “certified contractors”. It added that though the tree might only be 6ft at the moment it would “continue to grow year after year.”

The group said in a statement: “The concrete base for the temporary tree is broken, and the cost to fix it was £500 plus £750 for a temporary tree. Total £1,250. The cost of the permanent tree was £1,450. This includes the cost of labour, electricity hook up and lights.

“Unfortunately, the land is managed by Oldham Council, so planting our own tree wasn’t an option. We had to use their certified contractors, hence the price. We met 50 per cent of this cost along with our local councillors, who paid the other half.

“We now have our first permanent Christmas tree in our village, something that will continue to grow year after year.”

Oldham Council said the authority agreed to fund the tree due to sustainability and environmental reasons.

Labour Councillor Hannah Roberts, cabinet member for neighbourhoods, also claimed the tree was “the largest recommended” and was taller than 6ft.

She said: “Following discussions between the council and Diggle Village Association (DVA), it was agreed to plant a living Christmas tree as this is a much more sustainable option compared to previous years, when disposable trees were on show.

“More communities are opting for living trees, although small to start with they are more environmentally friendly, and have paid for themselves after two years. The tree is the largest recommended – it is more than 6ft high and will get bigger as it grows.

“Bigger trees run to thousands of pounds and are far less likely to successfully take to their new location. The costs quoted include the purchase and delivery of the tree. It also covers excavation work carried out by council staff as specialist equipment had to be used so an irrigation pipe and electrical extension could be fitted.

“Hopefully, the tree will take quickly and grow and mature in the years to come. As the tree grows the plan is to expand the lights display.”