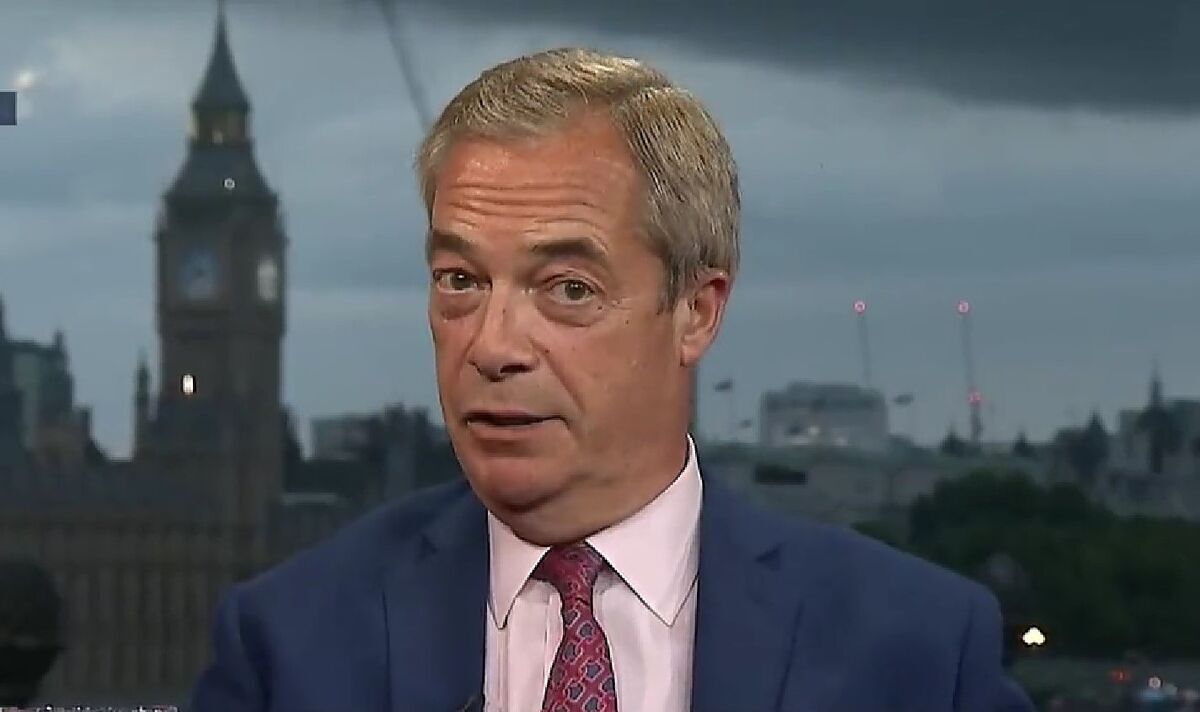 The ex-UKIP leader was responding to a question from a viewer about whether Boris Johnson had “destroyed” the Conservative Party “forever”. Mr Farage, who previously revealed he had been a Conservative member during Margaret Thatcher’s premiership, said that Mr Johnson had lost “too many” of those who had voted Tory in the 2019 General Election

The former Brexit Party leader also claimed that Liz Truss, who is expected to win the ongoing Conservative leadership race, will need to “pull a rabbit out of a hat” to avoid a landslide defeat.

Mr Farage added that the Foreign Secretary will even need to show the most “extraordinary courage” to overcome the challenge facing the Tory Party.

He said: “As Lord Hayward was just saying there are those that remain fiercely loyal to Boris Johnson.

“He just lost too many of those who’d voted Conservative in 2019.

“I think they’re headed for a 1997-style wipeout unless Truss can really pull some rabbits out of the hat.

“To do that she’s going to need to display the most extraordinary courage.

“Has she got it within her?

“I doubt it, but I hope for the sake of the country that I’m proved wrong.”

“That’s a card you would play in a real emergency.

“What might be better is to get some more police back on the streets of London.

“It’s easy to blame the police and perhaps I do but I think I believe the bigger problem we’ve got is societal breakdown.

“We can discuss the causes of that at length over the next few months.”