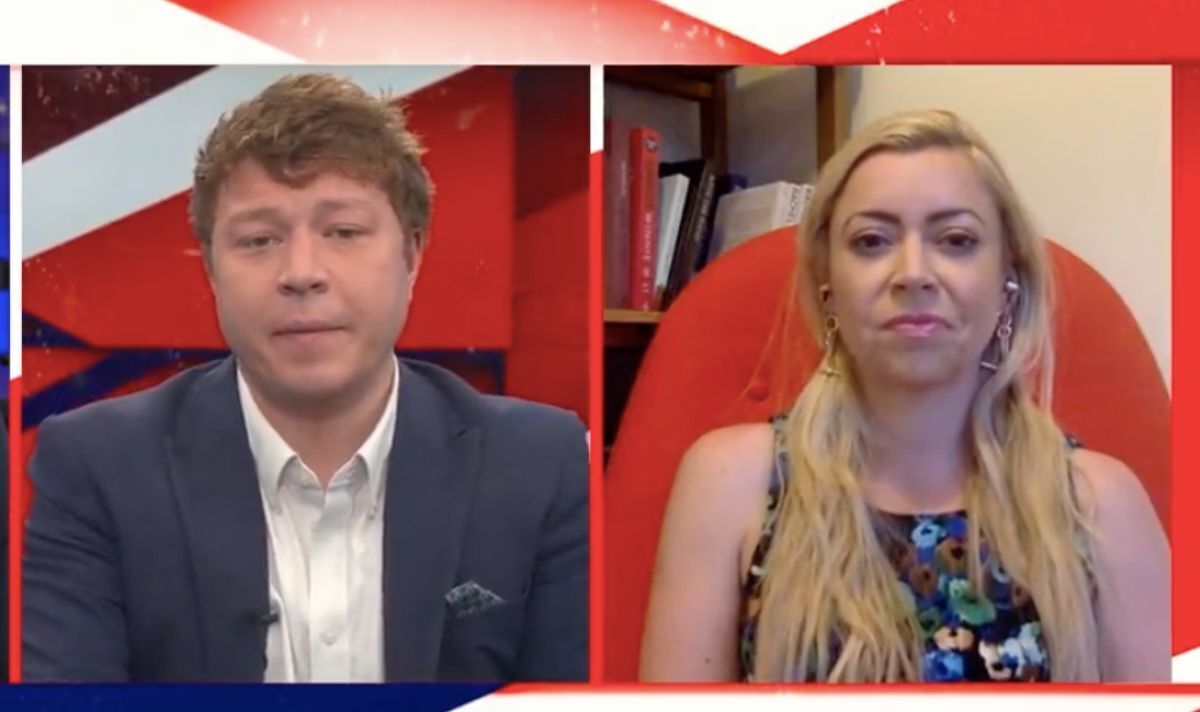 GB News: Host clashes with panellist who says ‘everyone deserves a pay rise’ amid strikes

As a result of the protests this week led by the National Union of Rail, Maritime, and Transport Workers (RMT), many of the rail networks and TFL train services will be severely delayed or entirely closed down, also impacting other transport links. RMT’s general secretary Mick Lynch said strikes will continue into the summer if the dispute over pay and job losses is not resolved.

There is rising concern that the railway strikes could become part of a general strike as nurses and teachers, among other workers, have threatened to protest their pay and work conditions through strike action.

The Transport Secretary Grant Shapps gave a statement to the House of Commons on Monday saying that the future of the railway is reliant on its ability to “build an agile, flexible workforce, not one that strikes every time someone suggests an improvement to our railway.

“Strikes should be the last resort, not the first resort.”

GB News host Patrick Christys opened the debate saying: “Nichi can you explain to me why on earth rail workers deserve a pay rise?

“Because as far as I can see the service is pretty shocking.

The broadcaster replied: “Well, everyone deserves a pay rise, that is the issue.”

This comment was not taken well by Mr Christys who adamantly denied the comment saying: “I’m sorry, no they don’t! … Every single person in this country deserves a pay rise? That’s madness!”

Ms Hodgson responded: “Yes, given the cost of living crisis and the fact that wages have been oppressed for more than ten years, and the fact that everybody is suffering to pay the most basic of bills right now, and that women are quitting jobs because they have to prioritise childcare themselves over working, that is the issue.”

Mr Christy scoffed and replied: “So what happens? I just get my wallet out do I and I just take out the tenner that’s in there do I, I take my cards out do I?
“We all pay so that everyone can have a pay rise do we?”

Ms Hodgson persisted with her argument accusing the Tory Government of refusing to access funding from the super-rich in the country via taxes which could be used to give all workers pay rises.

She stated: “The Tories have got plenty of access to funds in terms of taxing the very very rich, taxing the businesses that do not pay the amount of taxes that they should be doing.

“There is plenty of access to money, but we don’t tap into it. It’s not about taking from us, people who are just doing our jobs and paying our taxes.”

He added in a statement: “We need the union barons to sit down with Network Rail and the train companies and get on with it.

“I’m afraid everybody and I say this to the country as a whole and we need to get ready to stay the course.”

The Prime Minister warned of continuing and further strike action as he implied that the Government would not budge on the issue and give in to the wants of the RMT.