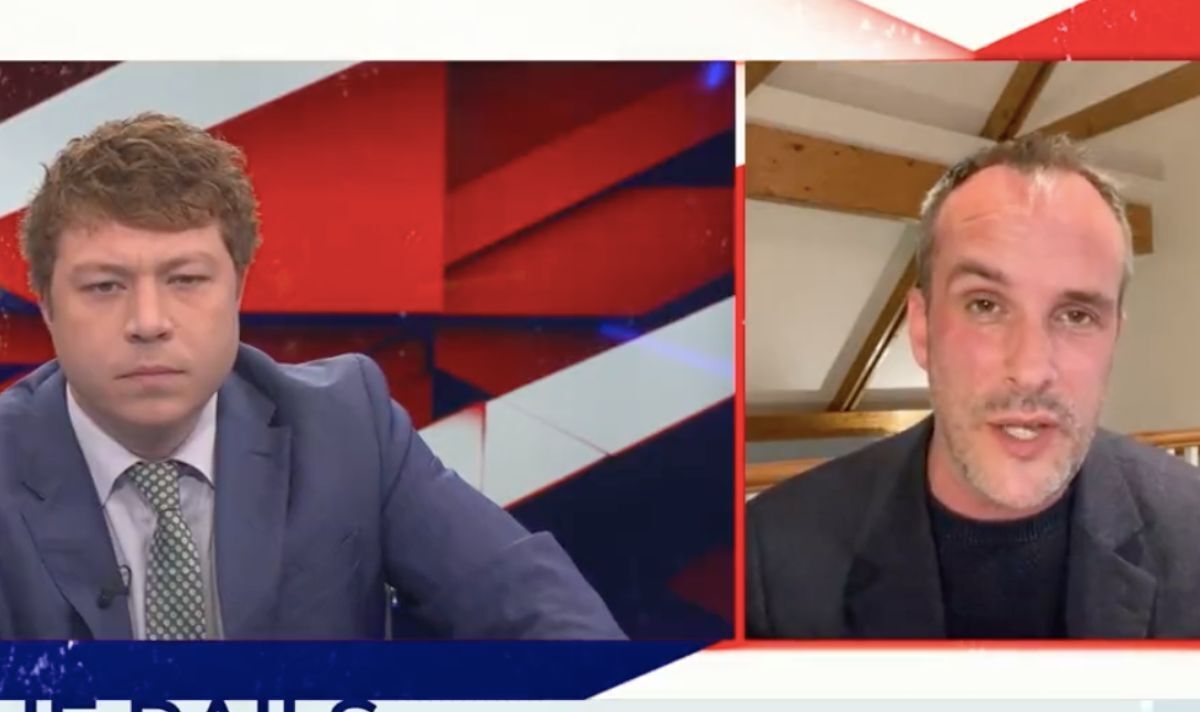 The political commentator and writer spoke with GB News host Patrick Christys, who also got heated during the discussion and called for a “robot tube” service. Mr Melville criticised the timing of the strike action amid a “cost of no travel crisis” and also warned of a “summer of discontent” in terms of strikes.

As a result of the protests this week, many of the rail networks and TFL train services will be severely delayed or entirely closed down, also impacting the bus routes and other transport links.

RMT’s general secretary Mick Lynch said strikes will continue into the summer if the dispute over pay and job losses is not resolved.

Mr Melville told GB News: “We’ve just gone through two years of a pandemic crisis where millions of people either lost their jobs or their jobs were at threat or their businesses were shut, we’ve not only got a cost of living crisis that has come down that tracks which is affecting the majority of people in this country … we’ve actually got a cost of no travel crisis as well.

He added: “We’ve got a situation where whether it’s the fuel crisis, whether it’s rail strikes…it’s all stacking up and the public are looking at this and I don’t think there is going to be much sympathy.”

Meanwhile Mr Christys got rather heated about the strike action during the interview and said: “Let me teach you how to drive a tube now James – forwards, stop – that’s it.

“Fifty-odd grand a year, what’s the point of that? Robot tubes are what I’m calling for as a result of this.”

The political commentator replied: “Yes, I think we are. That tends to happen in times of trouble economically…this is why the Government is in a tricky situation here…if they budge an inch on this then I think other things will happen in terms of strike action.”

Mr Melville concluded: “The whole country is basically being told to tighten our belts and basically muck in together, we’re all in this together but the cost of living crisis wasn’t caused by the majority of people in this country.

“What we want is basically an understanding from our unions that they can’t push more pay rises when basically most people in this country are having to pay more for a lot less in terms of their actual public services right now.”