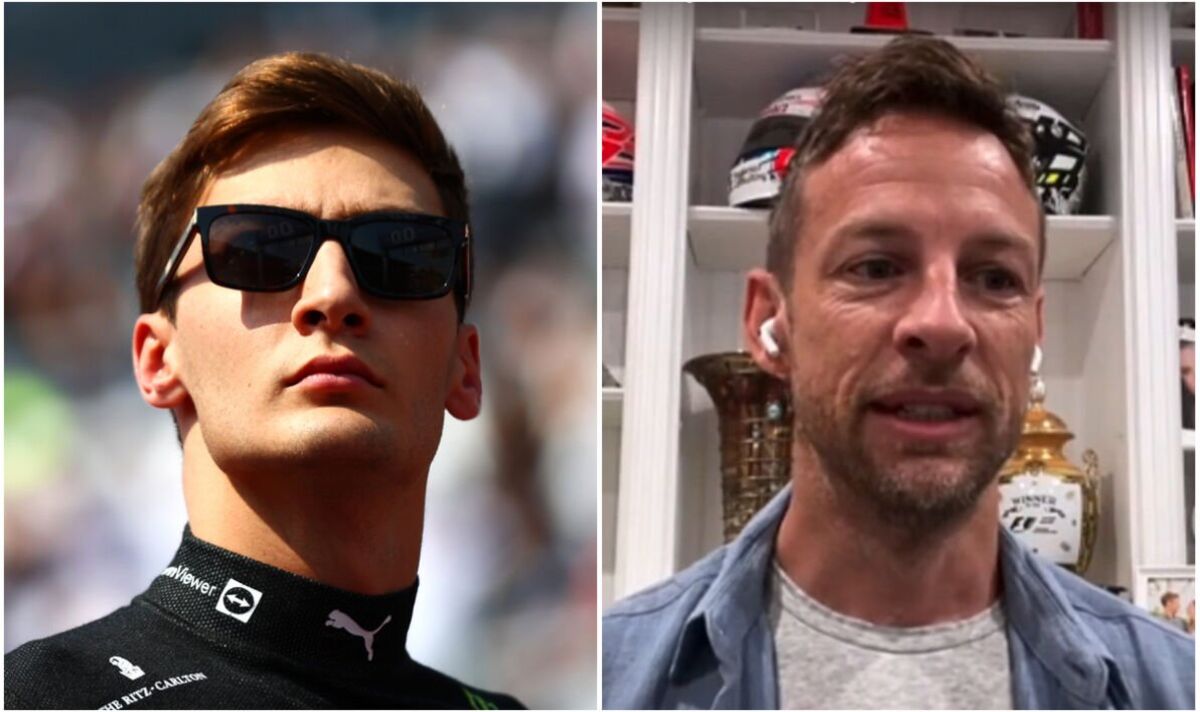 Former F1 world champion Jenson Button has questioned George Russell‘s complaints over the team radio in Mexico after a troublesome Mercedes tyre strategy left him unable to compete with Red Bull star Sergio Perez for third place. The youngster made his feelings known but eventually followed his team’s orders, finishing just shy of the podium in fourth.

Emotions ran high for the Silver Arrows at Autodromo Hermanos Rodriguez amid expectations that they could push Red Bull all the way. Neither Russell nor Lewis Hamilton have managed to win a Grand Prix in 2021 and this particular track had the characteristics to bring the best out of their car.

And so it proved, with a positive qualifying performance that put the duo second and third on the grid for Sunday’s race. Although the Grand Prix was uneventful on the whole, a game of tyre-compound chess saw Red Bull come out on the winning side as Hamilton took P2 and Russell P4.

The latter complained about the change to the hard-compound tyre midway through the race and suggested to those on the team radio that he could come in once more to adopt a more aggressive strategy. Speaking to Any Driven Monday, Button suggested that his focus should have been solely on the track.

DON’T MISS: Lewis Hamilton spotted with blood on his head after mysterious injury at Mexican GP

“George was really happy on the medium tyre, he wanted to go longer, the team put the hard tyre on and it just didn’t work for him,” he said. “It is a tough one. You can shout as much as you want on the radio but there’s no other direction from there.

“You’ve just got to work it hard and see if you can get the tyres working. It’s a toughy. Maybe they should have gone for the even longer medium tyre and stick on the soft at the end, which we saw work really well for Daniel Ricciardo.”

Ricciardo was among those to take a more aggressive approach, committing to longer stints on the medium and soft tyres as he weaved through the midfield late on to finish in seventh. Verstappen adopted a similar strategy and comfortably sealed his 14th victory of the season – a new record for a single F1 campaign.

Another podium for Hamilton has closed the gap on Russell to just 15 points with two Grands Prix remaining in 2022. Button, who previously partnered Hamilton during his younger days at McLaren, heaped praise on the seven-time world champion for a slick pass on Russell going into the race’s first corner.

“That was a fantastic move by Lewis to come through on George [going into Turn 1],” he explained. “With your team-mate, you obviously want to leave a little bit of room but he had to get this move done immediately.

“There’s no reason for a team to favour Lewis in a race so he had to make the move. He chose his line, he understood George was going for the outside. He just put the car in a great position and limited where George could go.”