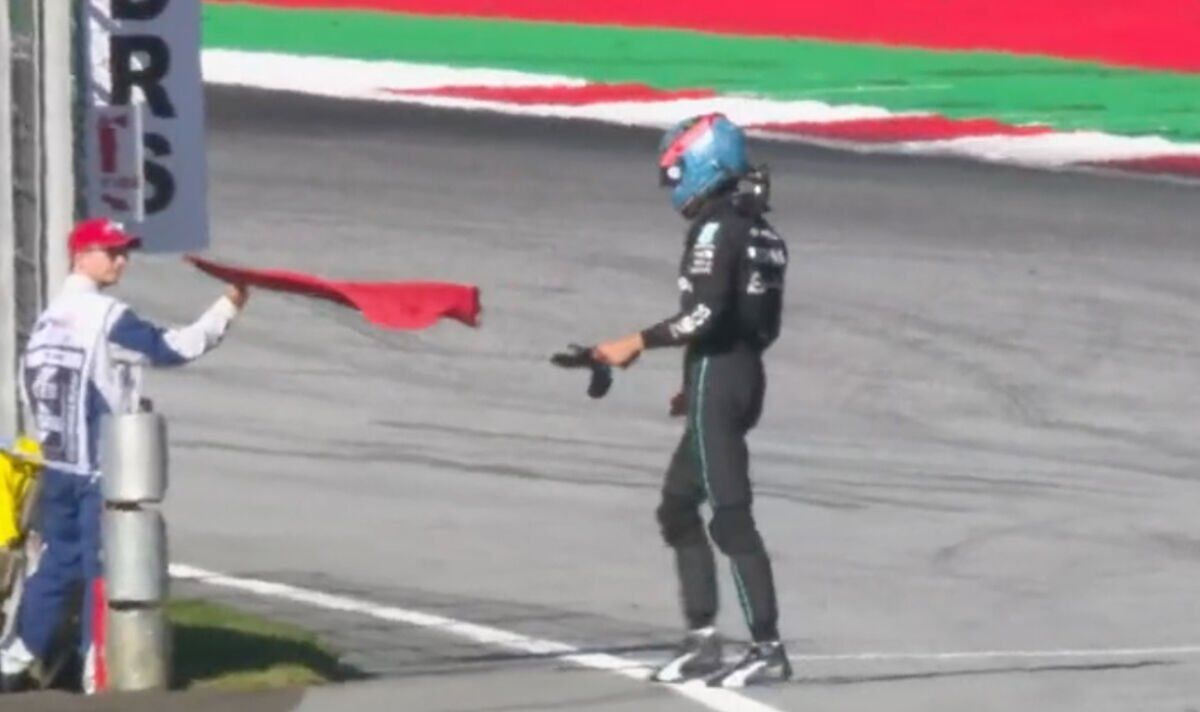 George Russell is under investigation from the stewards after he walked on the circuit after his heavy crash. Russell hit the barrier at turn 10 with just minutes remaining in Q3 after losing the rear-end.

The impact destroyed his car and brought out an instant red flag while the incident was cleared. However, Russell was seen walking on the track after the crash as he returned to the pit lane.

Minutes later FIA stewards confirmed they were looking into the incident with the Mercedes star potentially facing a penalty. A message from race control said: “George Russell under investigation for entering the track without permission.”

Russell was quick enough for fifth in Q3 and will have time in the the sprint race to get closer to the front.

However, F1 fans hit back at the decision on social media, claiming the FIA was being silly over the decision to investigate the Briton. Twitter user Sabata Monane said: “I mean it was a red flag, there is not racing car on track. There is a bit of an overkill on the regs this weekend.”

Another added: “I’m all for safety in F1 but that’s just being pedantic.” Twitter account Daniel Elliman commented: “This sport is becoming a joke.”

But, others appeared to blame Russell, claiming the Mercedes star should not have walked on the circuit as it could have been dangerous. One Twitter user said: “That’s a schoolboy error from George but understandable given he’s just crashed. Track is still live at that point.”

Another added: “Isn’t Russell head of the Driver’s Safety committee? It’s a silly rule, but he ought to know to leave the track in a safe manner.”

Sergio Perez is also under investigation for track limits offences and will report to the stewards this evening. Perez was seen running wide in Q2 but was allowed to take part in the final part of qualifying moments later. It means the Mexican could be slapped with a grid penalty ahead of tomorrow’s sprint race.

Sebastian Vettel was investigated for a similar breath after FP1 at the Australian Grand Prix. Vettel hopped onto a scooter after being forced out of the session but was later hit with a penalty.

However, his incident means it is unlikely Russell will be hit with a grid penalty ahead of tomorrow’s sprint race. Vettel was only slapped with a £4,200 (€5,000) fine after the incident earlier this season.