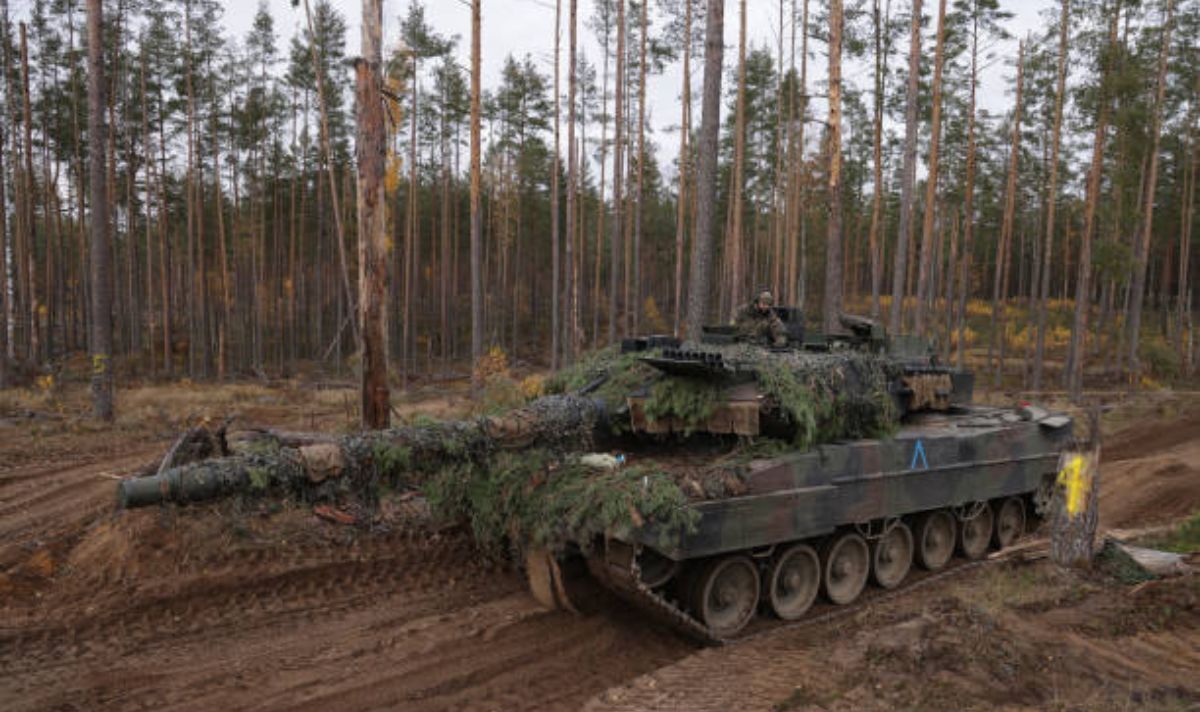 The German automotive and arms manufacturer Rheinmetall could deliver 139 Leopard battle tanks to Ukraine. The news comes at a time Germany is under pressure to send the tanks to Ukraine or give export permission to other Western countries to provide the tanks.

A spokesperson for Rheinmetall has said the company could deliver 29 of the Leopard 2A4 tanks as soon as April or May.

However, the spokesperson said the company has 88 older Lepard 1 tanks which could also be given to Ukraine but did not specify a potential time frame for delivery.

Leopard 2 tanks are considered one of the best-performing tank models worldwide and are renowned for their firepower, mobility and sturdy armour.

The German newspaper Frankfurter Allgemeine Zeitung has described the Leopard 2 as “sort of like the [Volkswagen] Golf of the German tank industry: an all-rounder with world recognition”.

Ukraine has called on its Western allies to provide the German tanks, as they could have a significant impact against Russia in breaking through their lines to recapture territory.

Dmytro Kuleba, Ukraine‘s Foreign Minister, has said the tanks could have the power to “save the lives of many Ukrainian soldiers”.

Germany has been reluctant to provide the tanks to Ukraine and give other countries export permission to send the tanks, due to the anti-militantism position it adopted after the Second World War.

On Friday, the United States and European counties met to ask Germany to give its approval for the delivery of the Lepard 2 tanks, but no agreement was reached.

However, Boris Pistorius, Germany’s Defense Minister, has denied that his country was unilaterally stopping the tanks from reaching Ukraine, and said the German government was ready to act quickly if there was a shared consensus among NATO allies.

Mr Pistorius added that the idea that “there is a united coalition and that Germany is standing in the way is wrong” and said: “There are many allies who say we share the view that I have put forward here.”

Poland said they can send 14 Lepard 2 tanks to Ukraine, but cannot send them without Germany’s permission as they are supplied under German license.

On Monday, Poland’s Prime Minister Mateusz Morawiecki said they would request permission from Germany but may send the tanks even if authorisation is not granted.

He said: “Even if ultimately we did not get this consent, within the framework of a small coalition… we will still hand over our tanks, together with others, to Ukraine.”

A spokesperson for the German goverment has said they have not yet received any export request to deliver Leopard 2 tanks.

Meanwhile, Vladimir Putin’s spokesman Dmitry Peskov has said the tanks will not change the outcome of the war and Ukraine’s allies will regret their “delusions” in supporting the country.

He said: “We have repeatedly said that such supplies will not fundamentally change anything, but will add problems for Ukraine and the Ukrainian people.”