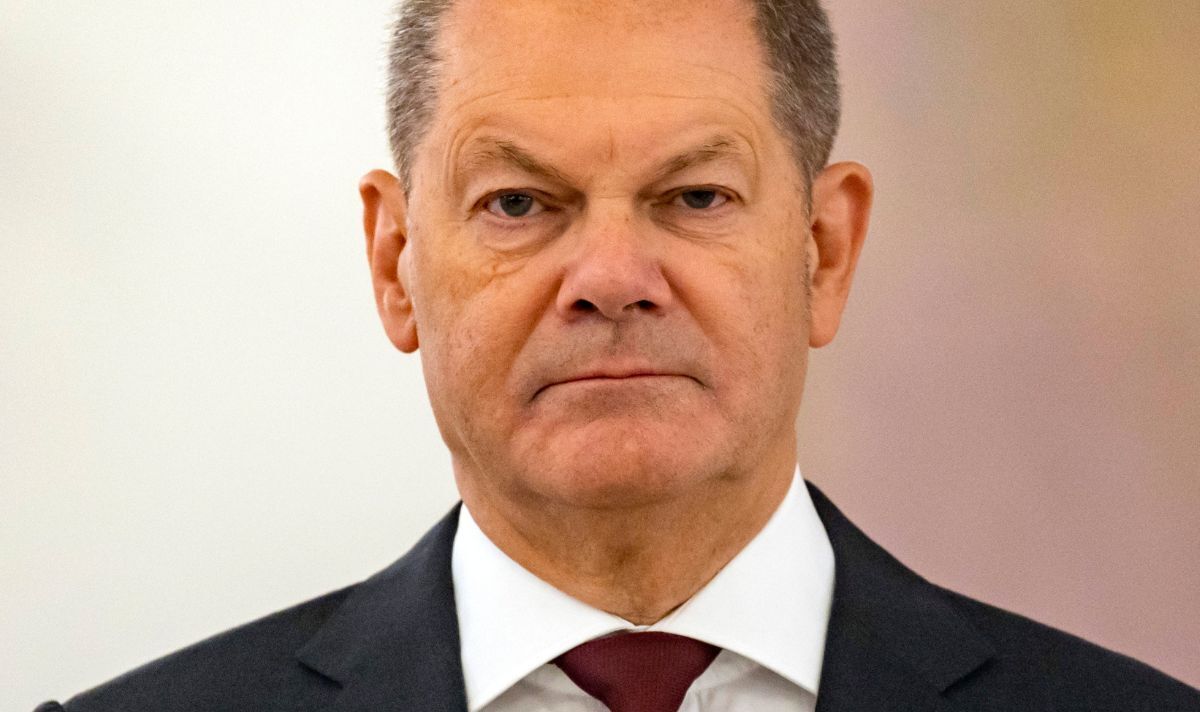 A Polish MP had lifted the lid on the tensions which rocked Germany governing coalition of Social Democrats, Greens, and Free Democrats amid weeks of stalling by Chancellor Olaf Scholz on the decision to send main battle tanks to Ukraine. Kacper Płażyński from Poland’s ruling Law and Justice Party has recalled being lobbied by a German MP from the Greens to apply diplomatic pressure on Chancellor Scholz and his own coalition partners. This week, Chancellor Scholz caved to demands and agreed to send Leopard 2 tanks to support Ukraine‘s fight following an EU-wide campaign championed by Poland calling for Berlin to release the state-of-the-art armor.

Mr Płażyński told Express.co.uk: “The Green party is very much ahead of the German Government, Chancellor Scholz.

“So there are some breaks between internal political players [in Germany].”

He told the Express that towards the end of last year, he had welcome Anton Hofreiter from the German Green Party to his office in Warsaw.

Mr Płażyński states that Mr Hofreiter came with a request for greater pressure to be placed on Chancellor Scholz by the Polish Government.

The Polish MP told Express.co.uk: “He asked me to put pressure on Scholz’s Government, so on his government to send the leopards and even to talk about it publically. To ask my government, my prime minister to maybe ask the German Government for permission to at least send some of the Leopards we have maybe five, six, seven.

“Just to make this first impact on that subject to just destroy the last wall that German politicians had at that time, their public answer inside German politics was that no one had requested permission to send leopards to Ukraine.”

Express.co.uk has contacted Hofreiter’s office but did not immediately receive a reply.

The goal is for Germany and its allies to provide Ukraine with 88 of the German-made Leopards, which comprise two battalions.

In an address to the German parliament said: “This is the result of intensive consultations, once again, with our allies and international partners,”

“It was right and it is important that we didn’t let ourselves be driven [into making the decision].”

Ukrainian President Volodymyr Zelenskyy expressed satisfaction at the news. Several European countries have equipped their armies with Leopard 2 tanks, and Germany’s announcement means they can give some of their stocks to Ukraine.