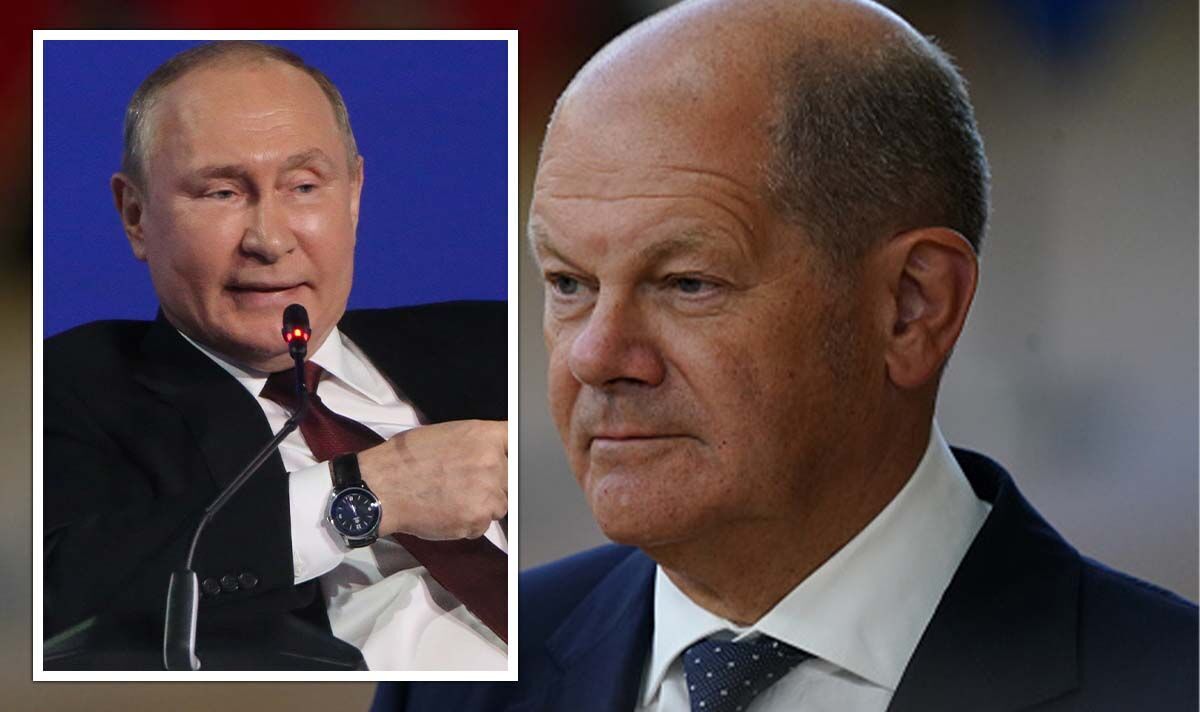 Vice-Chancellor Robert Habeck announced on Thursday that Germany has activated the second phase of a three-stage gas alert system, placing the market on a war footing. The emergency system is designed for incidental disruptions, such as an accident or a broken pipeline. But Mr Habeck warned that the alert system is not built to cope with a permanent countrywide gas shutdown that could spark industrial collapse.

Now, he is urging households to limit energy consumption, telling Germans that they should “make a difference”.

Mr Habeck also warned that industrial output will be dealt a blow, but did not mention whether energy suppliers would pass any increased costs on to households.

The Vice-Chancellor said: “I know that sometimes this sounds trivial, but you always have to multiply this triviality by 41 million households.”

He later added: “All consumers, whether in industry, in public institutions or private households, should reduce their gas consumption as much as possible so that we can make it through the winter.”

This all comes after Gazprom, the Kremlin-controlled gas giant, slashed deliveries to Germany flowing through the Nord Stream 1 pipeline last week.

According to Gazprom, flows were at 67 million cubic meters (bcm) per day instead of the usual 167 bcm.

Berlin has long come under fire for making itself too dependent on Russian gas, which accounts for around a third of its total supplies.

Mr Habeck warned: “We must not delude ourselves, cutting gas supplies is an economic attack on us by [Russian President Vladimir] Putin.

“It is clearly Putin’s strategy to create insecurity, drive up prices and divide us as a society.”

If Germany is pushed into the final stage of the emergency protocol, it would result in a full emergency the German Government would take control of energy distribution and start to ration gas.

Mr Habeck warned in an earlier speech: “If we start the winter with gas reserves only half-full, and the gas faucet is turned off, then we’re talking about a severe economic crisis … we are talking about a political and economic situation that can get worse than the COVID pandemic.”

Gazprom’s slashing of Nord Stream 1 pipeline deliveries to just 40 percent of usual volumes was blamed on “the delayed return of gas compressor units from repair by Siemens”.

The company’s CEO Alexey Miller cited Canadian sanctions as reason for the delay as the equipment was getting repaired in Montreal.

But Mr Habeck has continuously maintained that the move was a deliberate “political decision” that will hike up prices.

And the German Vice-Chancellor is not the only one who holds this view.

Tim Ash, an analyst at BlueBay Asset Management, said: “The pressure point is this winter. [Russian President Vladimir] Putin knows this. He will have max leverage now. Hence Russia is cutting deliveries.”

And Germany is not the only nation which is feeling the blow from Gazprom’s huge supply cut.

France, Italy and Slovakia have also seen deliveries slashed. France gets far less gas Russian gas than Germany, accounting for around 20 percent of its gas.

But like Germany, Italy is also quite dependent on Gazprom’s supplies and gets around 40 percent of its gas from Russia. Italy is also not convinced by Gazprom’s justification for the slashed gas deliveries, with its Prime Minister Mario Draghi calling Mr Miller’s comments “lies”.