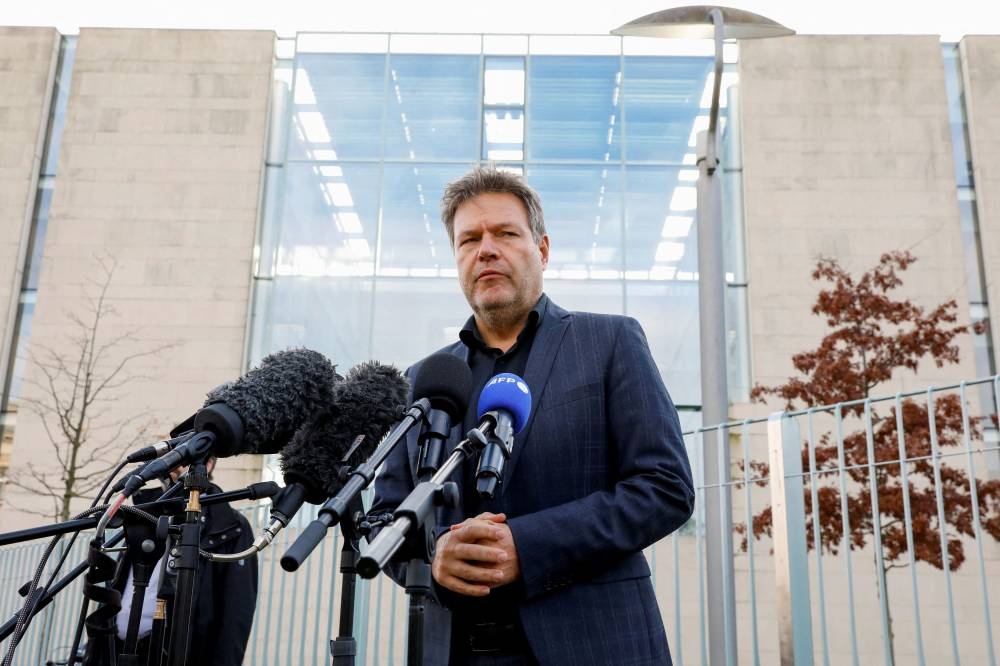 BERLIN, Nov 24 — No one is suggesting Germany should stop trading with China, but Beijing’s investments in critical sectors must be examined closely, German Economy Minister Robert Habeck said on Wednesday.

“Nothing speaks against continuing to maintain economic relations with China,” Habeck said at a conference organised by the Sueddeutsche Zeitung newspaper in Berlin.

“It is completely impossible for the German economy, to now quickly say goodbye to it, but everything speaks against closing your eyes and hoping the situation doesn’t get difficult.”

“That means in the critical sectors of our economy, we have to judge and prohibit the strategic influence of critical investments,” Habeck said.

Germany is seeking to reduce its dependence on Beijing and is developing a new China strategy, but it could be a tricky task with deep trade ties between Europe’s and Asia’s biggest economies.

Habeck said Europe was also working on resolving a trade dispute with United States after Washington passed the Inflation Reduction Act which he said could disadvantage European firms and draw investments out of the continent, adding that the row must be resolved in the coming weeks.

From a European point of view, the Act is a violation of the World Trade Organization’s rules that cannot be accepted in the long term, the minister said.

“What does this mean for Europe? We must act more quickly decisively and resolutely. It’s not a question of money at all … but we are too slow in spending it,” he added.