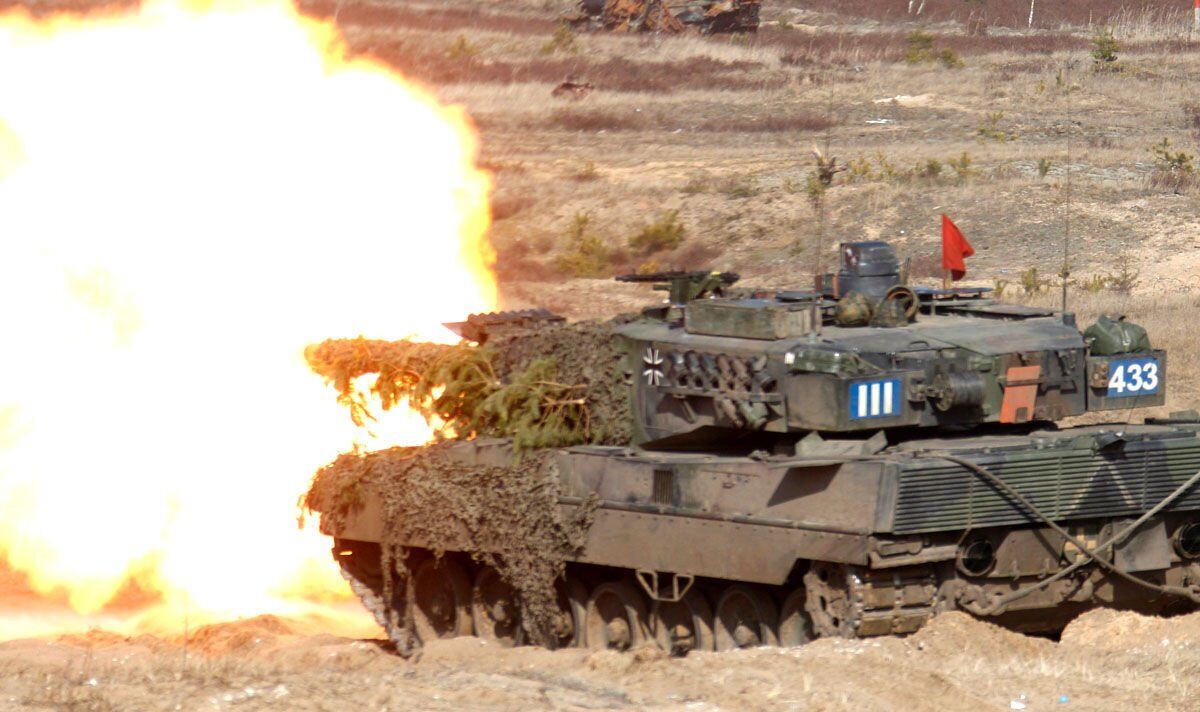 Ukraine is set to receive German-made main battle tanks from Berlin in what could prove “critical to Ukrainian victory” against Russia. Reports emerged on Tuesday night that Mr Scholz would be announcing Germany’s intentions to send a company of the Leopard 2 tanks on Wednesday during an address to Parliament. The information was leaked by officials with knowledge of the proposed new tranche of military support. Ukrainian MP Kira Rudik told Express.co.uk that Ukraine “needs these tanks badly” and that she has “not heard of any war that was not won without tanks”.

Speaking from Kyiv, Ms Rudik said: “It would not be an exaggeration to say [Leopard 2 tanks] are critical to Ukrainian victory. We need them and we need them badly.

“We have been adamant with our partners to say, ‘We are absolutely sure that this is what we need’.”

Germany has come under increasing pressure from fellow NATO members and other Western supporters of Kyiv to supply the tanks.

Berlin holds a licence arrangement on the vehicles that precludes other countries sending their own iterations of the tanks to a war zone without express permission from Germany.

Earlier today, a high-ranking Ukrainian official said in an interview with ABC News that twelve countries present at the Contact Group on Defense of Ukraine at the Ramstein Air Base on January 20 had agreed to send their Leopard 2 tanks to the conflict zone if Germany agreed to the move.

The meeting of Kyiv’s military backers last Friday had been earmarked as the moment Germany would pledge to send, or at least allow others to send, the tanks.

After no decision was made, Poland threatened to go ahead and send its tanks to Ukraine without permission.

It is believed Britain had promised to send a company of its Challenger 2 tanks a week prior to the Ramstein meeting in part to put pressure on Berlin to release the Leopard 2s.