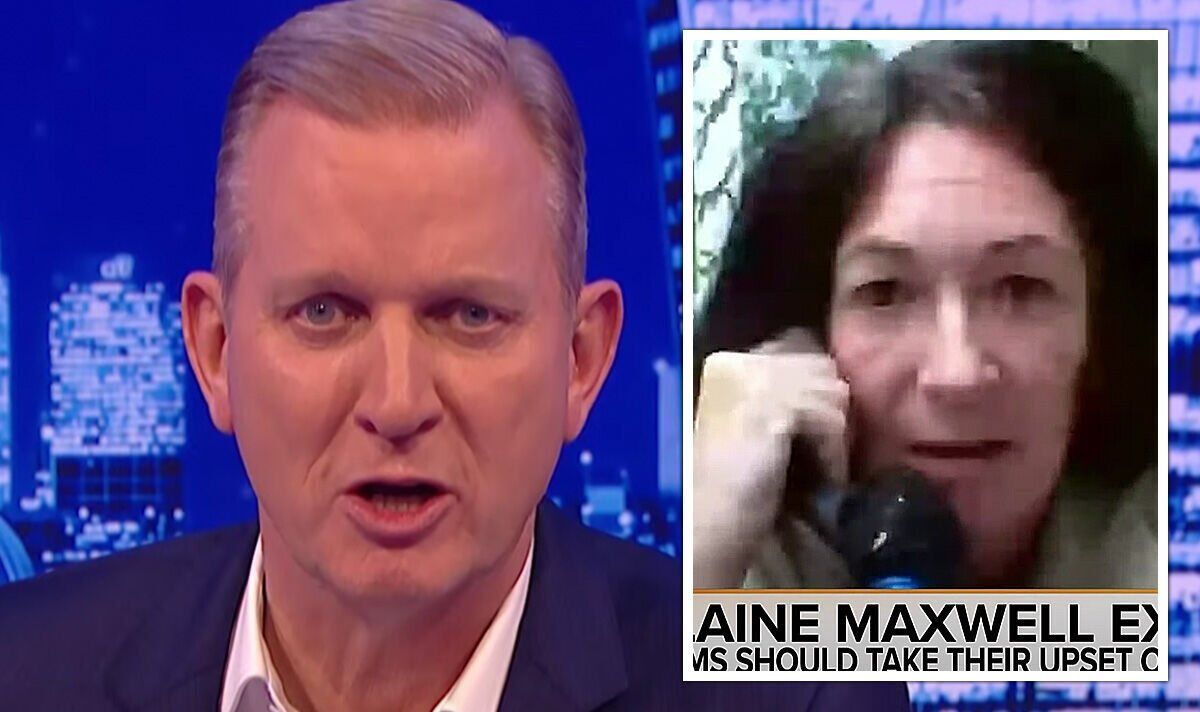 Ghislaine Maxwell was branded a “deluded hypocritical predator” as her appearance on Jeremy Kyle‘s programme sparked a furious backlash over her lack of introspection. Kyle also faced criticism after promoting the interview as a “bombshell” exchange with the former socialite but seemingly failing to deliver. Social media users flocked to Twitter to hit out at the broadcaster for featuring Maxwell on his programme despite her currently serving 20 years in a Florida prison for sex trafficking minors.

Social media user @foxyjeepster said: “Ghislane Maxwell interview on @TalkTV. I don’t think I’ve ever listened to a more boring show in my life. All the hype from Jeremy Kyle, what a complete waste of time.”

“Somehow about 6 minutes of her actually speaking is dragged out unashamedly into a supposed ‘hour-long special’. Stay classy Jeremy.”

JUST IN: ‘Bitter’ Harry told he must cave to King and William as Sussexes begin to lose US support

@Christo95316990 noted: “Wasn’t really an interview, just an opportunity for the liar to try and defend herself.”

And @M0kujin commented: “She’s a convicted child sex offender with links to intelligence services and you are giving her the opportunity to whitewash her crimes.”

One user also noted some discrepancies in the promotional ads released ahead of the interview which suggested Kyle conducted the interview himself. He later clarified he did not.

@twiittertweeter wrote: “HANG ON A MINUTE. A Jeremy Kyle interview, I haven’t heard him ask her any questions. Am I missing something?

“In an interview, you ask questions, they answer. I haven’t heard Kyle ask her any bloody questions lol. Is this another @TalkTV lie and false scoop?”

In the interview with Kyle’s programme, Ghislaine Maxwell failed to apologise to any of Jeffrey Epstein’s victims for her role in his structure of abuse.

She however said she wished not to have met him: “Looking back now, I probably wish I had stayed in England.

“But leaving that aside, you know, I tried to leave and start another new job and move on from the end of ’98, ’99.

“So I wish I had been more successful in moving on … because I’d been a banker and so I should have moved on completely.”