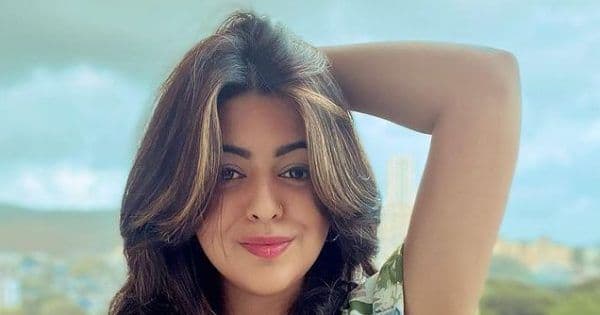 Fans know Shafaq Naaz as Shruti from Ghum Hai Kisikey Pyaar Meiin. The actress also played Kunti on Siddharth Tiwari’s Mahabharat. In an interview with ETimes TV she revealed how a crazy fan felt her paranoid. She said the look on his face would send shivers down her spine. Recounting the incident, she said that the production team saw the fan stationed outside her set for a couple of days. It seems they asked him and he said that he had gifts for the actress. Shafaq Naaz says that she went to meet him accompanied by crew members but what happened later was quite crazy and scary. Also Read – From Ranbir Kapoor foreseeing Imran Khan’s early retirement to Akshay Kumar on Twinkle Khanna’s career: Times when celebs’ predictions came true

She says she met with the team when she was seated inside a car. Her colleagues were with her. She thought it was a normal fan and took a diary from him. It seems he handed it over without even a smile on his face. The man allegedly told Shafaq Naaz, “Don’t open it now. Open it later. And read it when you’re alone’.” She said those words left her terrified beyond measure. She felt like telling the crew to keep a watch on the guy so that he does not end up following her till her residence. It seems she conveyed the idea, and they kept a watch on him. Also Read – Khatron Ke Khiladi 12: Kumkum Bhagya actress Sriti Jha reveals being in awe of Rohit Shetty, says, ‘I was very intimidated’

On reaching home, Shafaq Naaz opened the diary and was in for a shock. It seems he was keeping a diary for four long years where he wrote in detail about her every scene and shot. It was from her debut show Mahabharat till present times. He wrote about the scene and how he felt about it, and Shafaq Naaz. The actress said it creeped her out till no end. It seems the man landed up outside her building. It seems he had obtained the apartment name and her flat number. It seems he waited for two days straight. Finally, the actress told him that she did report him to the cops. Also Read – Anushka Sharma in Chakda Xpress, Taapsee Pannu in Shabaash Mithu and more actresses who are all set to play sportswoman on screen

It seems the building security swung into action, and got him removed from the premises. Shafaq Naaz says the incident left her paranoid for a week, as she was scared to step out of her home. But it seems he did not bother her again. Well, this is indeed scary.