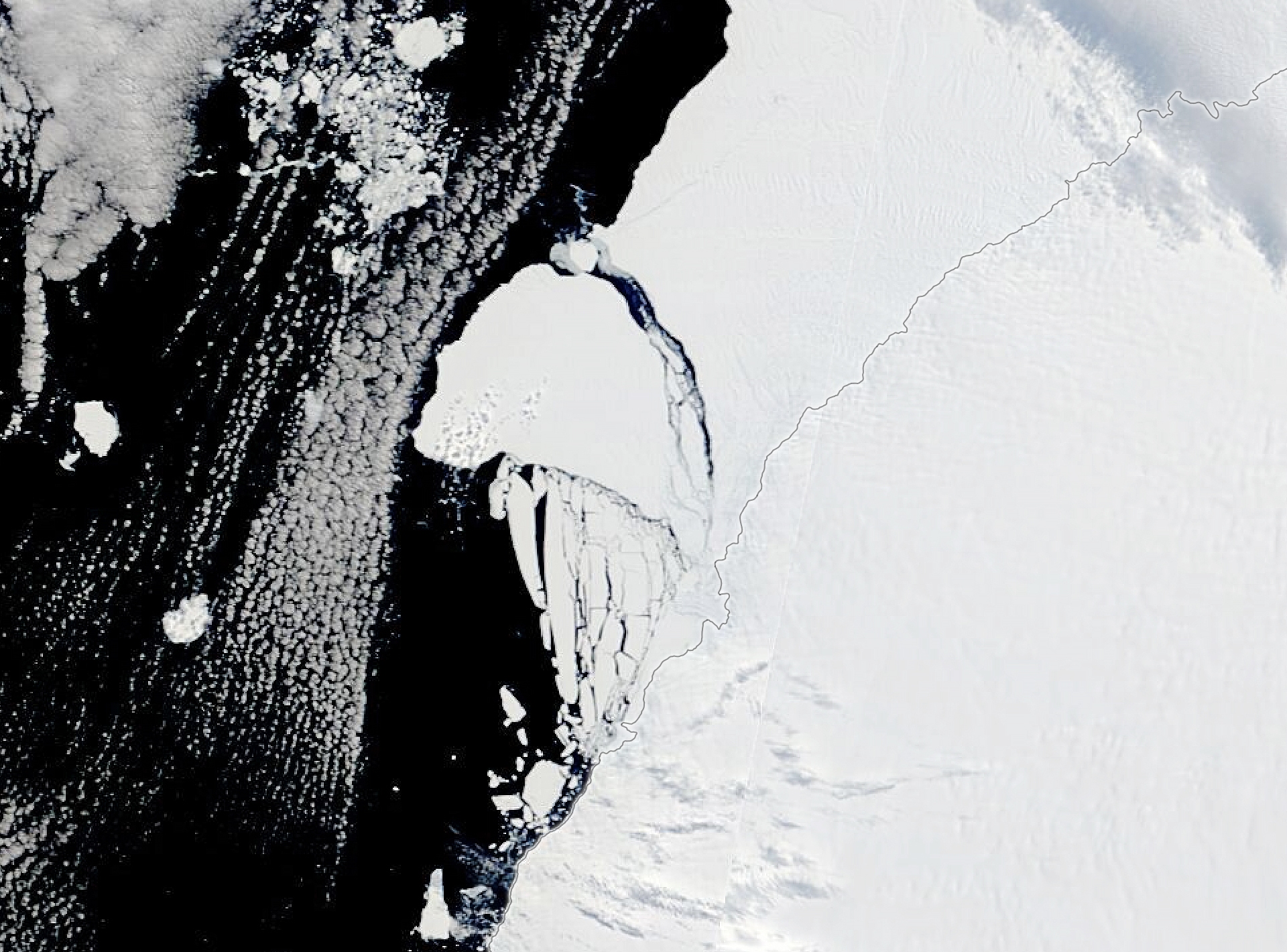 An iceberg nearly the size of Greater London is breaking off due to a natural process called ‘calving’.

A huge iceberg nearly the size of Greater London has broken off the Antarctic ice shelf near a research station, the second such split in two years, researchers said.

The British Antarctic Survey (BAS) said the formation of the new iceberg was not due to climate change – which is accelerating the loss of sea ice in the Arctic and parts of Antarctica – but to a natural process called “calving”.

“This calving event has been expected and is part of the natural behaviour of the Brunt Ice Shelf,” said BAS glaciologist Dominic Hodgson. “It is not linked to climate change.”

Scientists refer to “calving” when chunks of ice break off at the terminus, or end, of a glacier.

The fissure in the ice sheet, which researchers named Chasm-1, was discovered years ago. In the years since, the gap widened until the chunk of ice broke away.

A similar spectacular separation, involving a 1,270sq km (490 square miles) iceberg, occurred about a year ago.

The iceberg, which has yet to be named by the US National Ice Center, is now expected to drift off with the current along the Antarctic coast like previous massive icebergs.

Britain’s Halley VI Research Station monitors the state of the vast floating ice shelf daily but is unaffected by the latest rupture.

The mobile research base was relocated to the station about 20km (12.4 miles) further inland in 2016 as cracks in the ice threatened to cut it off.

Since then, staff have been deployed only during the Antarctic summer between November and March, with 21 researchers currently on-site.

They maintain the power supplies and facilities that keep scientific experiments operating remotely through the winter, when it is dark for 24 hours and the temperature falls below minus 50 degrees Celsius (minus 58 degrees Fahrenheit).

“Our science and operational teams continue to monitor the ice shelf in real-time to ensure it is safe, and to maintain the delivery of the science we undertake at Halley,” added Hodgson.

They are set to be collected by aircraft around February 6, according to the BAS, a world leader in environmental research in the region.