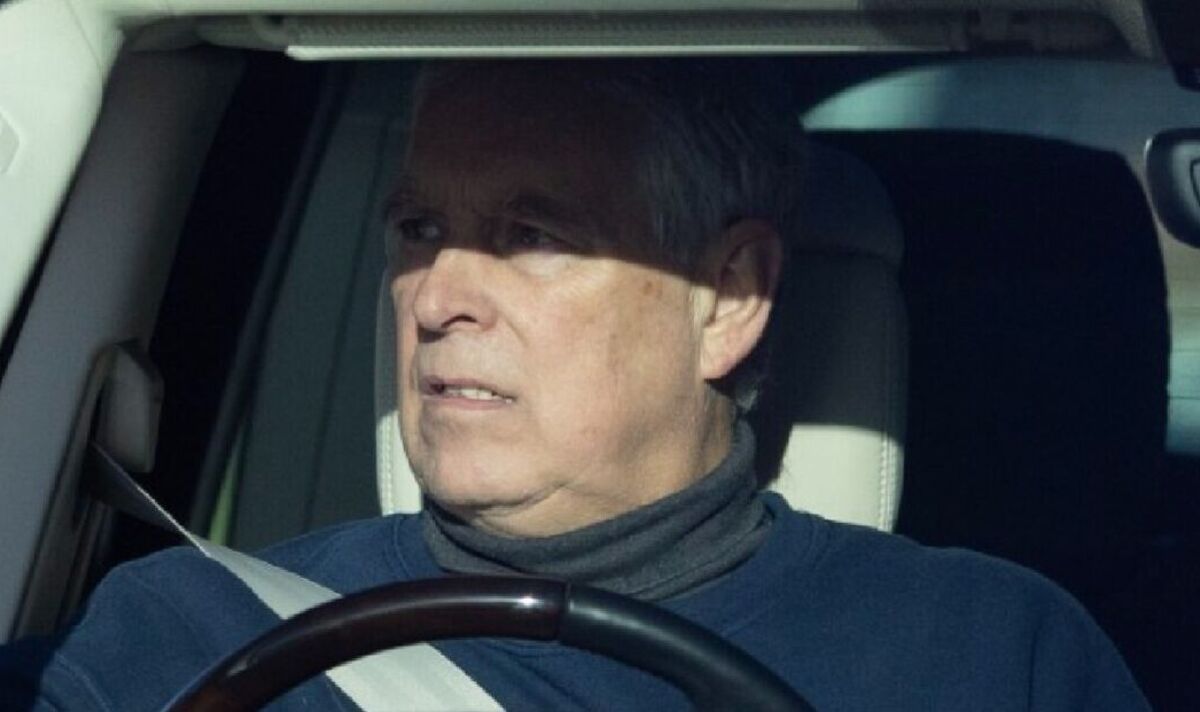 The late Queen’s second son was spotted being escorted by security officers.

A report has claimed the Duke is furious with ministers after being told taxpayers will no longer fund his round-the-clock security, believed to cost Britons approximately £3million per year.

The Sun on Sunday also claimed Andrew will complain about being taken away his security.

A source claimed: “He is going to write to the Home Office and the Met Police  to complain about losing his taxpayer-funded security.”

Prince Andrew has continued to receive police security paid for by taxpayers even after he stepped back from public duties in mid-November 2019, following backlash sparked by his car crash interview with Newsnight’s Emily Maitlis.

While in his statement the Duke said he would only temporarily pause his royal work, he has not carried out any official engagement since.

Rather, in January 2020 he returned his military and royal patronages to his mother Elizabeth II.

This happened the day after New York judge Lewis Kaplan rejected a request made by Prince Andrew’s lawyers to throw out a civil lawsuit launched against the royal by Virginia Giuffre, who claims to be one of the victims of convicted sex offender Jeffrey Epstein.

Ms Giuffre accused Andrew of “sexual assault and battery” and claimed to have been trafficked by Epstein to have sex with the Queen’s second son.

The Duke, who has always firmly denied any wrongdoing and even said during his interview with Ms Maitlis he didn’t have any recollection of ever meeting Ms Giuffre, asked for a trial by jury shortly after relinquishing many of his cherished roles.

However, Ms Giuffre and the Duke of York reached an out-of-court settlement before the case could be brought in front of a jury – a move which did not represent an admission of liability by the Duke of York.

The Duke has since made public appearances only in relation to his parents.

In March, he accompanied the Queen to Westminster Abbey where most members of the Royal Family attended the memorial service for Prince Philip.

While he skipped the celebrations for the Platinum Jubilee in June after testing positive for Covid, the Duke made a number of appearances in public in September, following the death of his mother.

King Charles allowed his younger brother to take part in the vigil for the Queen at Westminster Hall wearing his military uniform, despite no longer being a senior member of the Firm.

At other processions and at the funeral itself, Andrew wore civilian clothes with his medals pinned on his jacket.