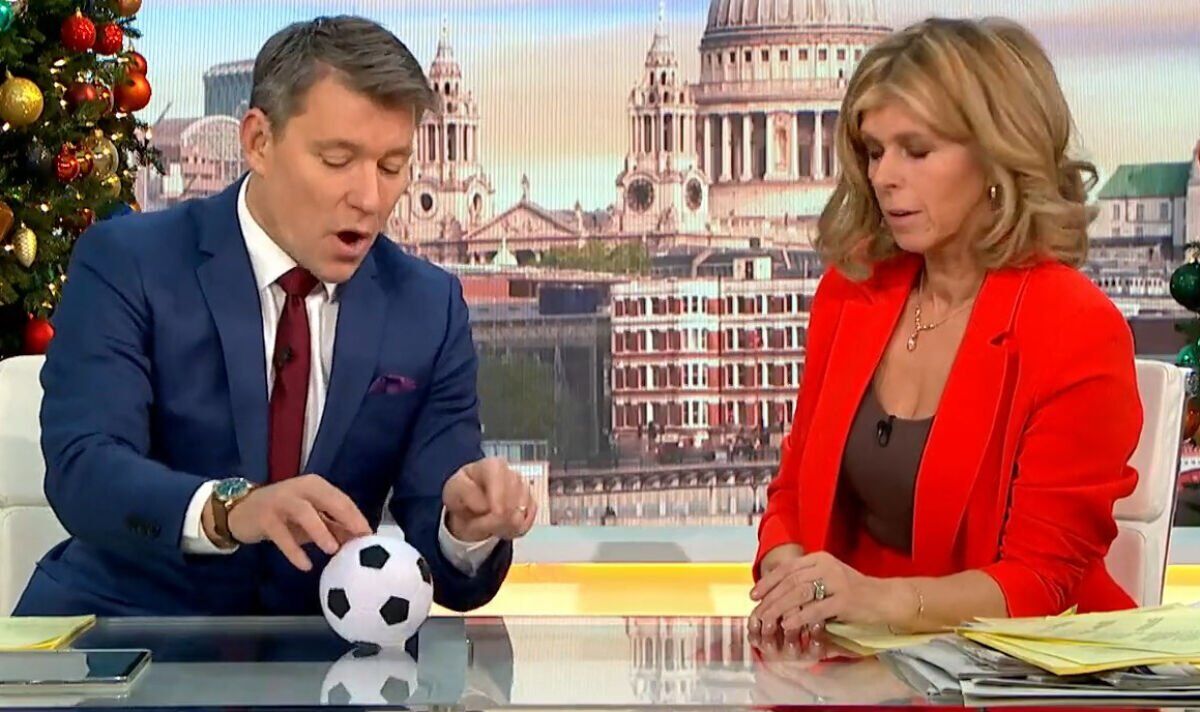 Shephard positioned the ball where it looked over the taped line, before he ushered Garraway to move the papers on her desk. She claimed that the ball was “clearly over the line” before Shephard explained why VAR awarded the goal.

“But if you look from above,” he explained. “If you come under this [Christmas tree in the studio] you can see that part, the spherical side of the ball, that tiny slither there means that the ball is still in play.

“There’s like millimetres in it, it’s an extraordinary thing. From here it looks like it’s out from underneath, but from above it’s just fractionally in and that’s the difference between Japan going through.”

Think you can predict the World Cup Golden Boot Winner? If so you could WIN £150 in Nike vouchers! CLICK HERE