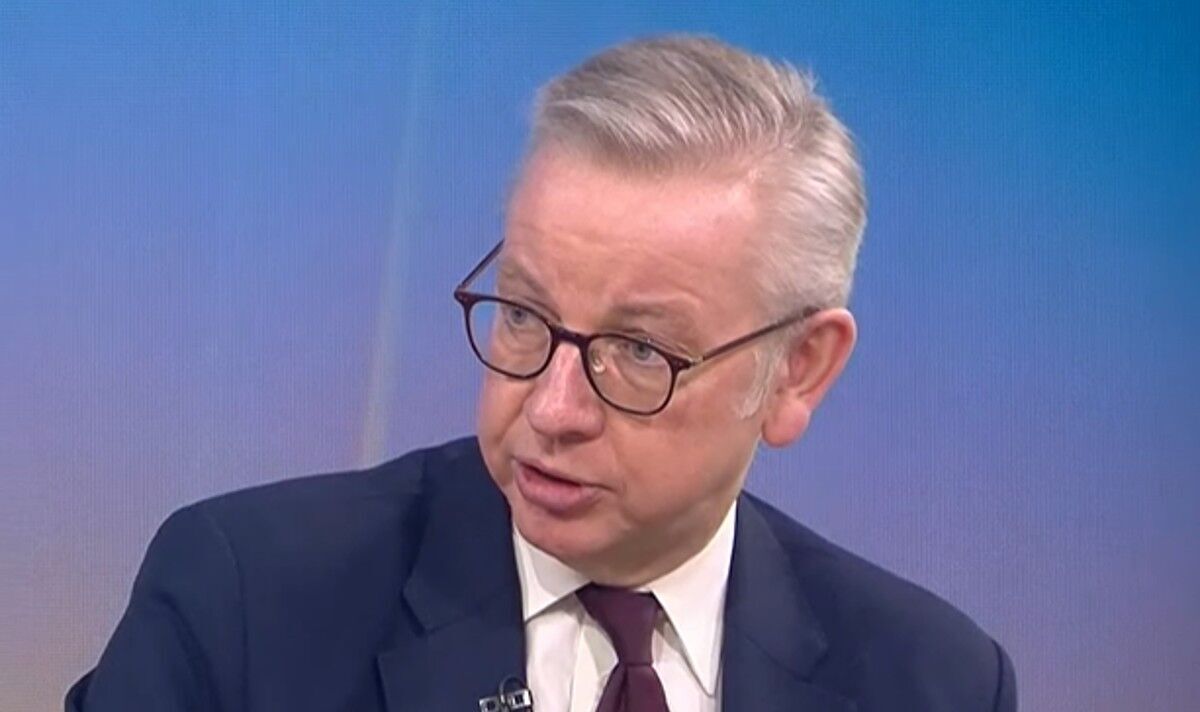 Speaking to GB News, he added: “Yes actually, I believe that Suella is doing what is necessary in order to ensure effective and appropriate border controls and deal with the question of asylum and migration.”

The number of people settling in the UK in the past year, minus those who have left the country, is expected to come in at higher than its previous level of 239,000.

Government insiders are understood to have privately accepted there will be a significant increase despite their policy of pushing down net migration.

GB News presenter Isabel Webster challenged Mr Gove on what she described as a “woeful” performance from Ms Braverman at the Home Affairs Select Committee yesterday.

Giving evidence to the committee, the Home Secretary was challenged about the UK asylum system but appeared lost when asked to explain the specific process for seeking asylum from certain countries.

Defending Ms Braverman, Mr Gove said: “I saw that there was an exchange between Suella and a Conservative backbench colleague.

“I think it was the case that Suella explained clearly the situation. There are, as we know, routes which the UK generously maintains.”

He added: “Suella in the House of Commons was clear there are challenges we need to address. There is more to be done to deal with the criminal gangs that are dealing in human misery.”

At the committee, Tory MP Tim Loughton had asked Ms Braverman: “Just a bit of role play: I’m a 16-year-old orphan from an East African country escaping a war zone and religious persecution. I have a sibling legally in the United Kingdom at the moment. What is the safe and legal route for me to come to United Kingdom?”

He added: “Let’s just theoretically talk about an African country which is going through a period of turbulence, which is persecuting its citizens, including an innocent 16 year old like me.”

Ms Braverman responded: “Well, we have an asylum system and people can put in applications for asylum.”

Mr Loughton then pressed her: “How would I do that?”

She replied: “Well, you can do it through the safe and legal routes that we have. We have offered 390,000 places to people seeking safety from various countries around the world…”

The exchange saw Ms Braverman struggle to provide specific details of the process for entering the UK legally, instead passing the question to Matthew Rycroft, permanent secretary at the home office.