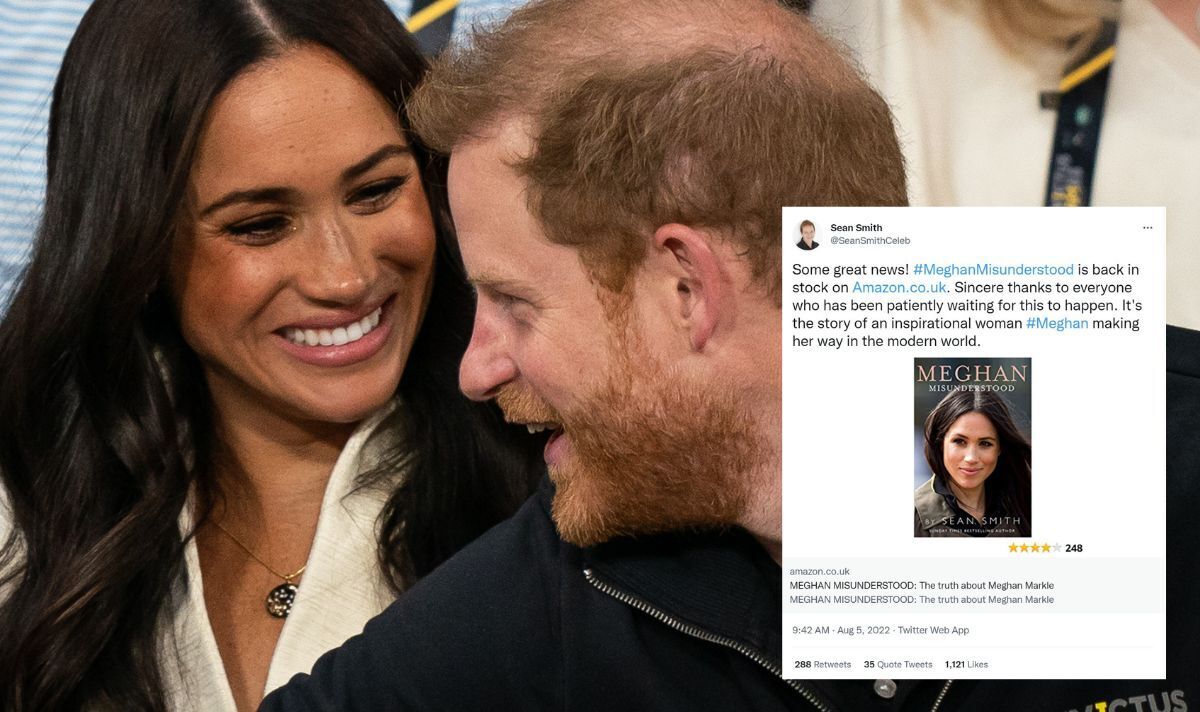 Sean Smith’s book, ‘Meghan Misunderstood’, first published in November 2020, describes Prince Harry’s wife as “the most talked about, unfairly vilified and misrepresented woman in the world”. Announcing the news, Mr Smith wrote on Twitter: “Some great news! #MeghanMisunderstood is back in stock on Amazon.

“Sincere thanks to everyone who has been patiently waiting for this to happen. It’s the story of an inspirational woman #Meghan making her way in the modern world.”

His tweet was liked and retweeted hundreds of times by fans supporting the royal couple, who ordered or recommended the book to their followers.

The book has mostly positive reviews online, with a 4.2 on Amazon and 3.63 on goodreads.

It is only one of the literature pieces centred around the Duchess of Sussex and the dispute between Harry and Meghan and other members of the Royal Family.

The latest book, titled: ‘Revenge: Meghan, Harry and the War Between the Windsors’ by investigative writer Tom Bower, was published in late July.

‘Revenge’ caused a stir as it revealed details about the fiery relationship of Prince Harry with his father, Prince Charles and his brother, Prince William, quoting insiders from within the Palace circles.

The Duchess celebrated her 41st birthday yesterday, likely with her husband in California, where they live after stepping down from senior members of the Royal Family in 2020.

The Royal Family also posted wishes for the Duchess of Sussex’s birthday on social media, sharing pictures of her to mark the occasion.

Charles and Camilla’s Twitter account posted a similar image of Meghan from the service alongside a balloon emoji and the words “Happy Birthday to The Duchess of Sussex!”

Meghan and Harry have established a new life for themselves in the celebrity enclave of Montecito in California.

They have bought a multimillion-pound home and launched a non-profit foundation, after stepping down as working royals for financial freedom in 2020.

The couple have also signed lucrative deals – thought to be worth well over £100 million – with Spotify and Netflix which have given them the capital to pursue their new lifestyle and public goals.