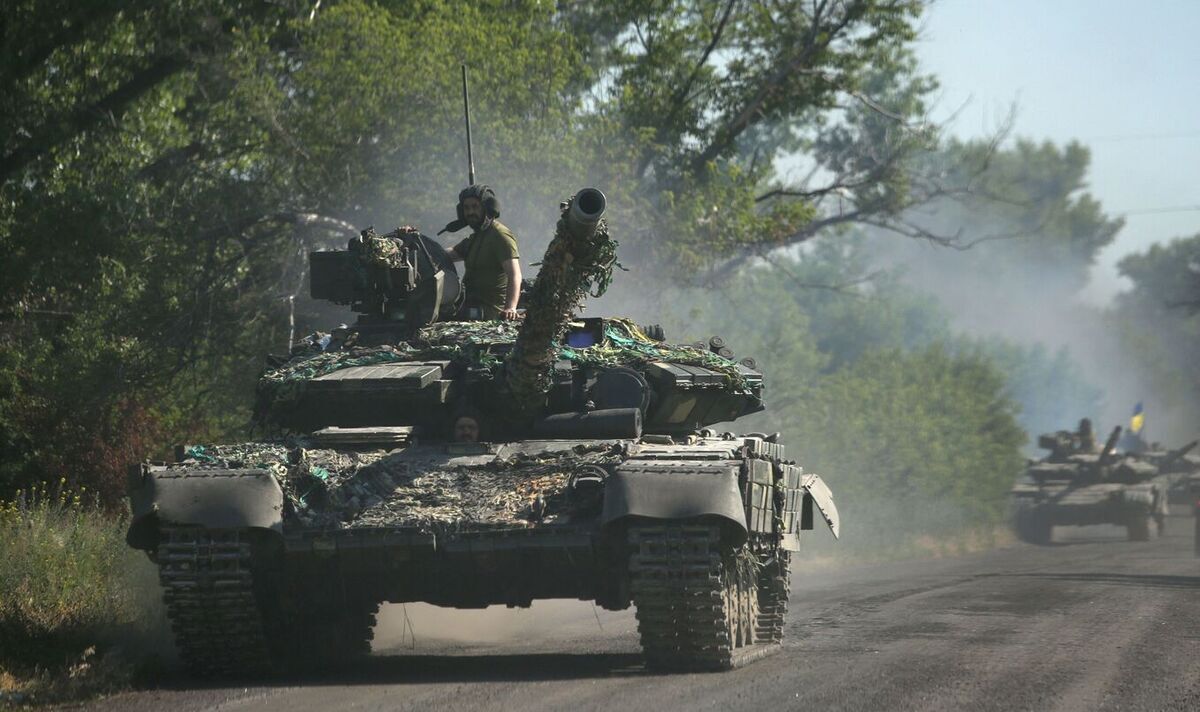 UK intelligence estimates the Russian-backed Donetsk militia has lost more than half of its original number – either killed or wounded – since the war began.

Moscow has not released its military casualties since March 25.

“As of June 16, the DPR acknowledged 2,128 military personnel killed in action, and 8,897 wounded, since the start of 2022. The DPR casualty rate is equivalent to around 55 per cent of its original force, which highlights the extraordinary attrition Russian and pro-Russian forces are suffering in the Donbas.”

“It is highly likely that DPR forces are equipped with outdated weapons and equipme abil equipment. On both sides, the ability to generate and deploy reserve units is likely to become increasingly critical.”

Former head of the British Army General Sir Mike Jackson said: “It is encouraging because it is clear the Russians are not having it their own way by any means.”

He added that the 155mm howitzers and M270 missile launchers being sent by the UK were powerful weapons that would make life tougher for Russian troops.

The briefing said the Kremlin will probably deploy a large number of reserve units as it continues heavy shelling and “pushes to envelop the Severodonetsk area via Izium in the north and Popasna in the south”.

Ukrainian commanders said Russian forces were aiming to encircle Lysychansk in a bid to conquer all of Luhansk as it was the last city in the region still fully under Ukrainian control.

Regional governor Serhiy Haidai said there had been “colossal destruction” in the city and said “everything that can burn is on fire”.

He added: “It is a sheer catastrophe. Our positions are being fired at from howitzers, multiple rocket launchers, large-calibre artillery and missile strikes.”

Putin’s veteran foreign minister was left in the dark and “shocked” at the decision to embark on a full war against Ukraine, it was claimed yesterday, Sergey Lavrov, 72, believed his President would only invade the Donbas, claimed investigative journalist Christo Grozev. He said he had a source close to Lavrov’s US-born daughter Ekaterina.

Agency chief Fatih Birol says he believes a complete shutdown is not the most likely scenario but that Europe needs to work on contingency plans just in case.

Several European countries have recently received less Russian gas than they expected. Russia denies it is deliberate. Before the invasion, Europe imported 40 per cent of gas from Russia but halved. Mr Birol said: “I wouldn’t maybe even cutting it off completely.”