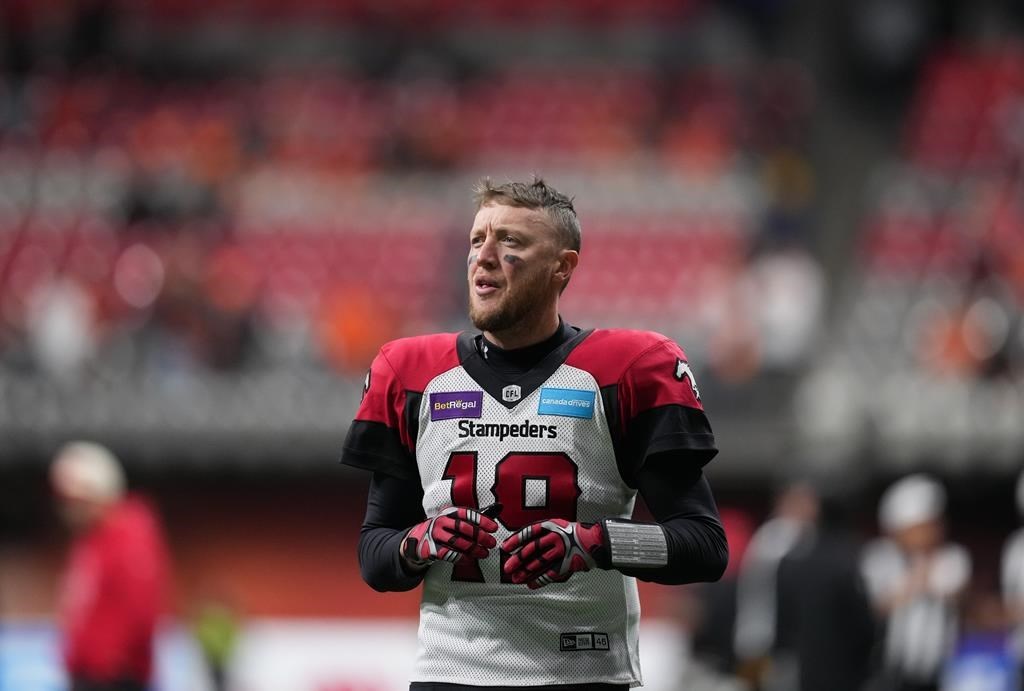 The veteran quarterback signed a three-year deal with Hamilton, the club announced Tuesday. The Ticats acquired the rights to Mitchell in November from the Calgary Stampeders.

That gave Hamilton a negotiating window with Mitchell, who was slated to become a free agent Feb. 14.

Financial details weren’t divulged but a source requesting anonymity said Mitchell will be paid about $500,000 annually. Winnipeg quarterback Zach Collaros, the CFL’s outstanding player the past two years, is regarded as the league’s highest-paid player, reportedly earning $600,000 a year.

The source spoke on the condition of anonymity because the Ticats didn’t release Mitchell’s contract figures.

Mitchell, 32, joined the Stampeders in 2012 and had played his entire CFL career in Calgary. He lead the franchise to two Grey Cup titles while twice being named the league’s outstanding player.

But the Texas native lost his starting job this year to youngster Jake Maier, who signed an extension with the Stampeders through the 2024 campaign during the 2022 season.

“Bo Levi has an incredible record of achievements in the Canadian Football League and is a proven champion,” Orlondo Steinauer, Hamilton’s head coach/president of football operations, said in a statement. “Throughout the process, it became clear that Bo, both as a person and as a player, would be an excellent fit for our organization and we are excited to welcome Bo Levi, Madison, and their two children to the city of Hamilton and the Hamilton Tiger-Cats Football Club.”

Hamilton will host the 2023 Grey Cup game at Tim Hortons Field on Nov. 19.

Mitchell is a two-time CFL all-star and the league’s active leader with 32,541 passing yards.

“I am excited and honoured for the opportunity to help deliver a championship to the incredible fans in Hamilton,” said Mitchell. “This is an excellent organization that goes above and beyond to ensure that everyone has what they need to be successful and I have the utmost faith in Coach O, his staff and all the elite players on the roster.

“I look forward to earning my place in the locker room and being a part of something that I believe can be very special. I can’t wait to get to work.”

The signing of Mitchell completes Hamilton’s deal with Calgary. The Ticats also acquired the Stampeders 2023 first-round pick (fifth overall) and a 2024 third-round selection.

The Stampeders receive Hamilton’s 2023 first-round pick (fourth overall) as well as third- and sixth-round selections in addition to a 2024 second-round selection.

Hamilton (8-10) finished third in the East Division last season, Dane Evans’ first as the club’s starter. The Ticats signed Evans to a two-year extension last January, allowing then incumbent Jeremiah Masoli to join the Ottawa Redblacks as a free agent.

Hamilton ended its season by losing 28-17 to the Montreal Alouettes in the East Division semifinal.

Veteran backup Matt Shiltz won two of his three starts this season with Hamilton, completing 85 of 119 passes (71.4 per cent) for 935 yards with four TDs and two interceptions. Shiltz, who’s also scheduled to become a free agent in February, ran 28 times for 152 yards (5.4-yard average) and a TD while Evans had 202 yards rushing on 59 carries (3.4-yard average) and four touchdowns.

This report by The Canadian Press was first published Jan. 23, 2023.