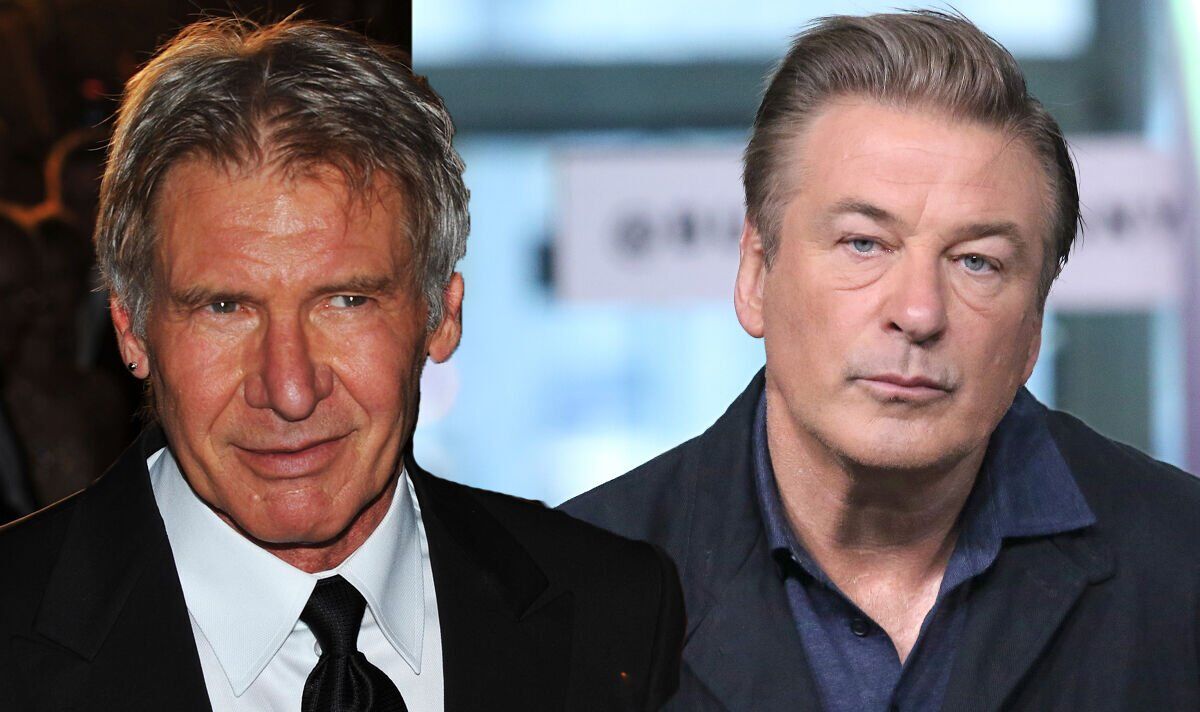 Today, July 13, 2022, is Harrison Ford‘s 80th birthday. The legendary American star has appeared in a staggering amount of successful franchises over his 50-year career – including Star Wars, Indiana Jones and Blade Runner just to name a few.

But one of Ford’s franchises in the 1990s caused a deep rift between him and fellow star Alec Baldwin. And, eventually, some barbed words were swapped.

Baldwin starred in The Hunt For Red October in 1990 as Jack Ryan – one of Tom Clancy’s most iconic and revered characters of all time.

The actor did a stand-up job and was due to be welcomed back in the film’s sequel, Patriot Games, which was going to hit cinemas two years later in 1992.

But things changed behind the scenes. Ford swooped in and took the role from Baldwin over a “debt” Paramount owed to the Han Solo star.

Baldwin recalled the scenario in an article he wrote for Huff Post.

Baldwin revealed: “[Director] John [McTiernan] further told me that Paramount owed the actor [Ford] a large sum of money for a greenlit film that fell apart prior to this, and pushing me aside would help to alleviate that debt and put someone with much greater strength at the box office than mine in the role.”

Baldwin admitted to sitting “mildly stunned” after learning he had been pushed aside by Paramount behind the scenes to the person he described as “a little man”.

Ford was asked at the time by McTiernan if he knew he was taking Baldwin’s role.

According to Baldwin’s memoir, Ford’s reply was: “F**k him.”

It didn’t take long for Baldwin to start hitting back at Ford, however.

The actor’s 2017 memoir, Nevertheless, had a whole passage dedicated to describing Ford.

Baldwin scathingly wrote: “Ford, in person, is a little man, short, scrawny, and wiry, whose soft voice sounds as if it’s coming from behind a door.”

Despite the stars’ bickering behind the scenes, Ford eventually claimed Baldwin’s role of Jack Ryan.

He played the character in the 1992 movie Patriot Games. But he didn’t stop there.

In 1994 Ford took on Jack Ryan once again in Clear And Present Danger.

Since then, Baldwin has not played Jack Ryan again in his career.

Instead, both stars were replaced in the Amazon Prime Video reboot of the hero’s journey when John Krasinski played the character.

Ford has since gone on to return as a number of his classic heroes from Hollywood.

He reprised his role as Han Solo in 2017’s The Force Awakens, before killing the character off.

With this in mind, Ford could still make a comeback as Jack Ryan in the future.

Patriot Games is available to stream on Netflix now.