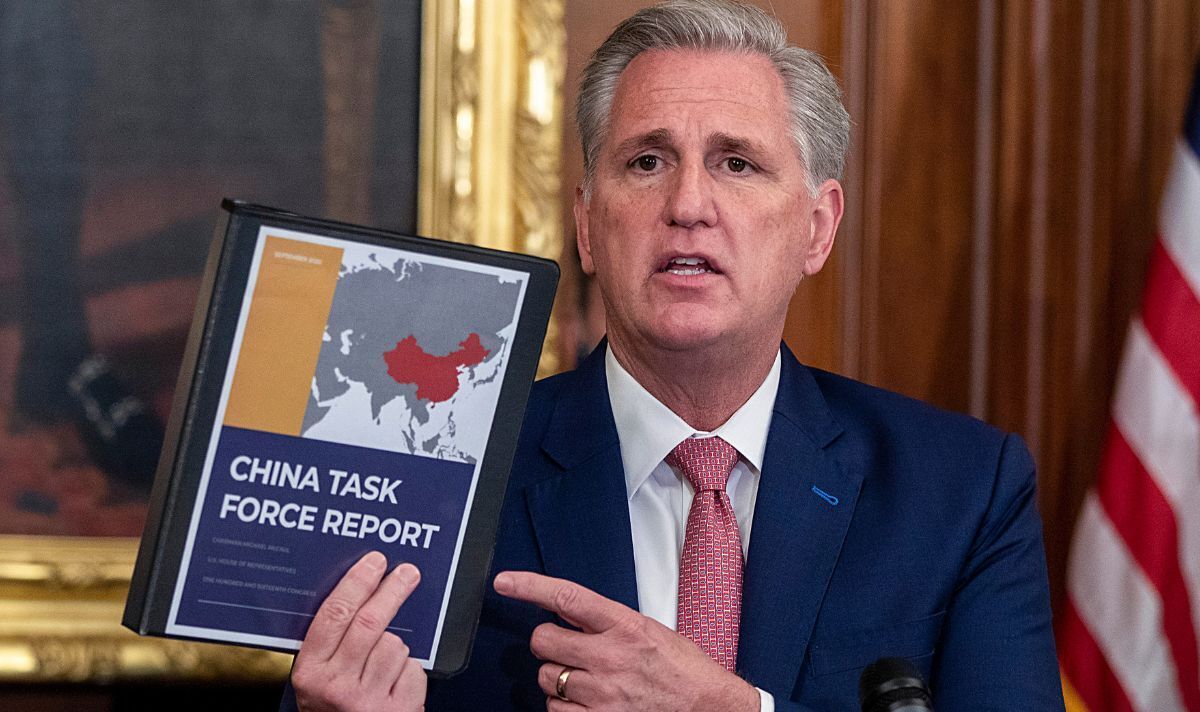 The Pentagon is making preparations for Speaker of the House Kevin McCarthy to visit Taiwan, something sure to enrage Beijing. House Republicans are looking to make combatting China a central focus of their legislative agenda. Ahead of the midterm elections last year, McCarthy said that if he became speaker he would visit Taiwan. He also approved of Nancy Pelosi’s visit to the island earlier in the year.

However, that visit proved to be a headache for the Biden administration as tensions soared ahead of a face-to-face meeting between Joe Biden and China’s premier Xi Jinping at the G20 summit in Bali, Indonesia.

Now, individuals familiar with the matter told Punchbowl News that the Pentagon was making arrangements for a visit in Spring.

In a show of Republicans’ commitment to confronting China, one of the first acts of the 118th Congress was to form the House Select Committee on Strategic Competition between the United States and the Chinese Communist Party.

“The Select Committee will continue the critical work we began in the House China Task Force and shows that the Republican House is laser-focused on the CCP as an existential threat to our nation,” Congressman Michael McCaul of Texas said of the committee.

He added: “The Select Committee is also an opportunity for House Democrats to finally join bipartisan efforts to counter the CCP, which they declined to do on the China Task Force.”

Representative McCaul is chairman of the House Foreign Affairs Committee while Congressman Mike Gallagher of Wisconsin will serve as chair of the new China threat committee.

Any trip to Taiwan by Speaker McCarthy would need considerable planning for security purposes and last year when his predecessor Nancy Pelosi visited the island tensions nearly boiled over.

Nancy Pelosi said China was “standing in the way” of Taiwan participating in the international community while telling the CCP that America’s dedication to democracy “remains ironclad”.

At the time, McCarthy said: “I’d love to do it as speaker.”

Other US officials have also visited the island, although none as prominent as the Speaker of the House.

Joe Biden and Xi Jinping have a personal report going back years – the leaders met several times when they were second in command of their respective countries.

However, foreign policy hawks are calling for the administration to take a harder line with Beijing, something the Republican controlled Congress looks set to do.