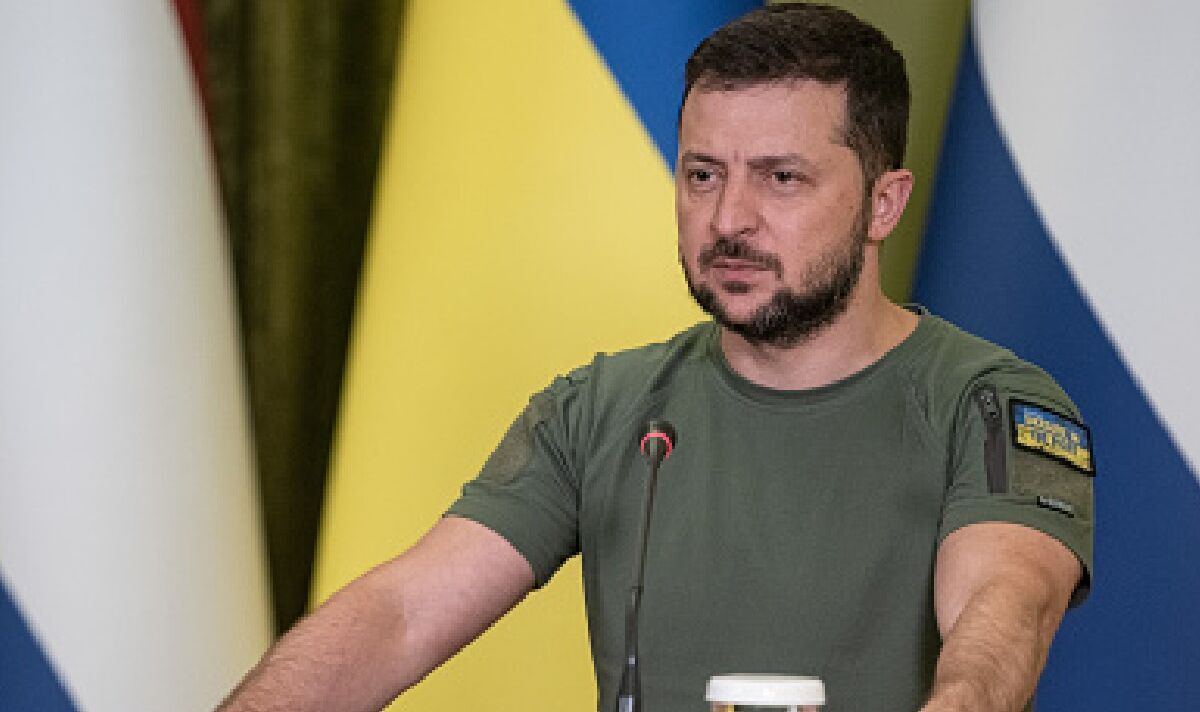 In his nightly address on Thursday, the Ukrainian leader blamed Brussels’ “bureaucracy” for the lack of financial support but refrained from naming the EU member state he believed was responsible for the delay. He said: “Every day and in various ways, I remind some leaders of the European Union that Ukrainian pensioners, our displaced persons, our teachers and other people who depend on budget payments cannot be held hostage to their indecision or bureaucracy.

“And such an artificial delay of macro-financial assistance to our state is either a crime or a mistake, and it is difficult to say which is worse in such conditions of a full-scale war.

“I don’t want to name the European country that is slowing it down now.

“Let’s believe that this is still a mistake and that it will be corrected.”

On Thursday, a German government official said that the European Union intends to put together a financing package for Ukraine worth around 8 billion euros by September.

The package includes funds already pledged. It will be split between grants and loans, the official, who did not wish to be identified, told journalists.

In May, the European Commission proposed up to nine billion euros in loans to Ukraine during 2022 to keep the country running and set up a reconstruction package made up of grants and loans modelled on the EU’s own recovery fund.

The Group of Seven’s financial leaders agreed later that month on $9.5billion in new aid, mainly from the United States, with the European Commission contributing $1billion in grants and Germany chipping in with a similar amount that Berlin has already paid.

The rest of the EU aid proposed in May would be presented in the September package, to which Germany will also contribute, the official said.

Ukraine has spent the last eight years fortifying defensive positions in Pisky, viewing it as a buffer zone against Russian-backed forces who control the city of Donetsk about 10 km (6 miles) to the southeast.

General Oleksiy Hromov told a news conference that Ukrainian forces had recaptured two villages around the eastern city of Sloviansk, but had been pushed back to the town of Avdiivka’s outskirts after being forced to abandon a coal mine regarded as a key defensive position.