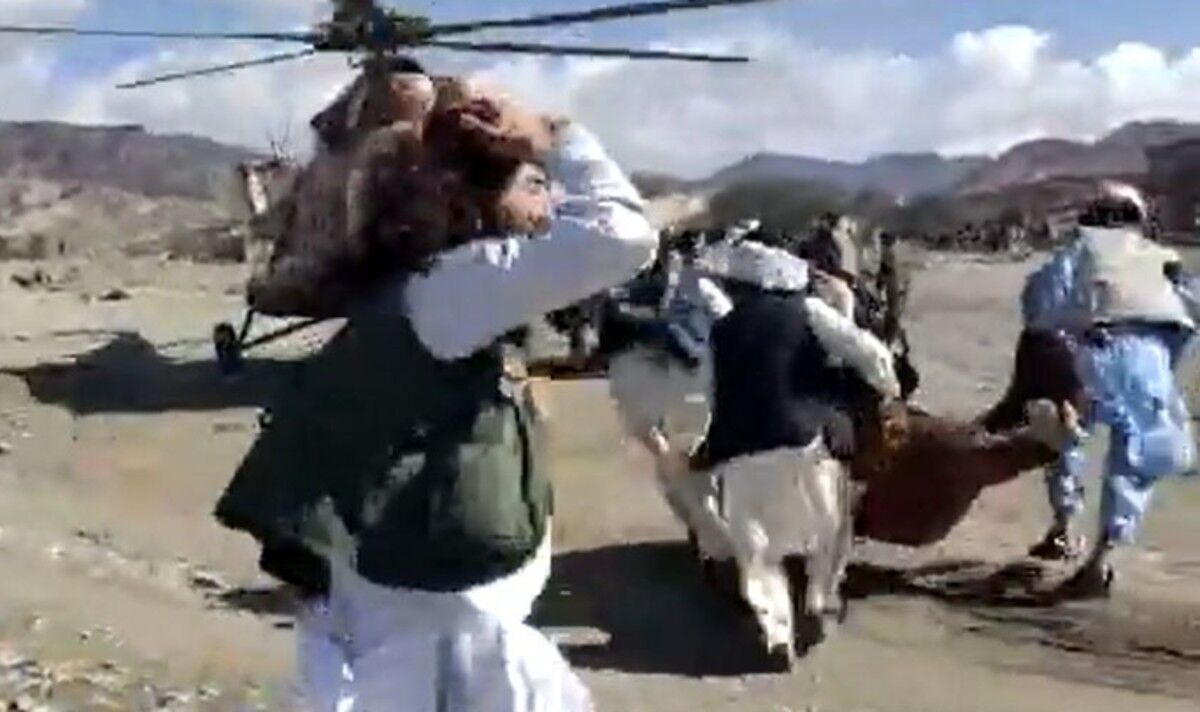 The horror quake struck on Wednesday monring around 27 miles (44km) from the city of Khost, not far from the border with Pakistan, at a depth of 31.6 miles (51km), according to the US Geological Survey.  Shaking could also be felt in Afghanistan, Pakistan and India.  Up to 280 people have now been confirmed dead.

The majority of the confirmed deaths were in the eastern Afghan province of Paktika, where 255 people had been killed and more than 200 injured, according to interior ministry official Salahuddin Ayubi.

Afghanistan’s state-run news agency Bakhtar reported this morning that local officials warned the death toll would rise if the central government did not provide emergency help.

But rescuers reportedly started arriving in affected areas by helicopter.