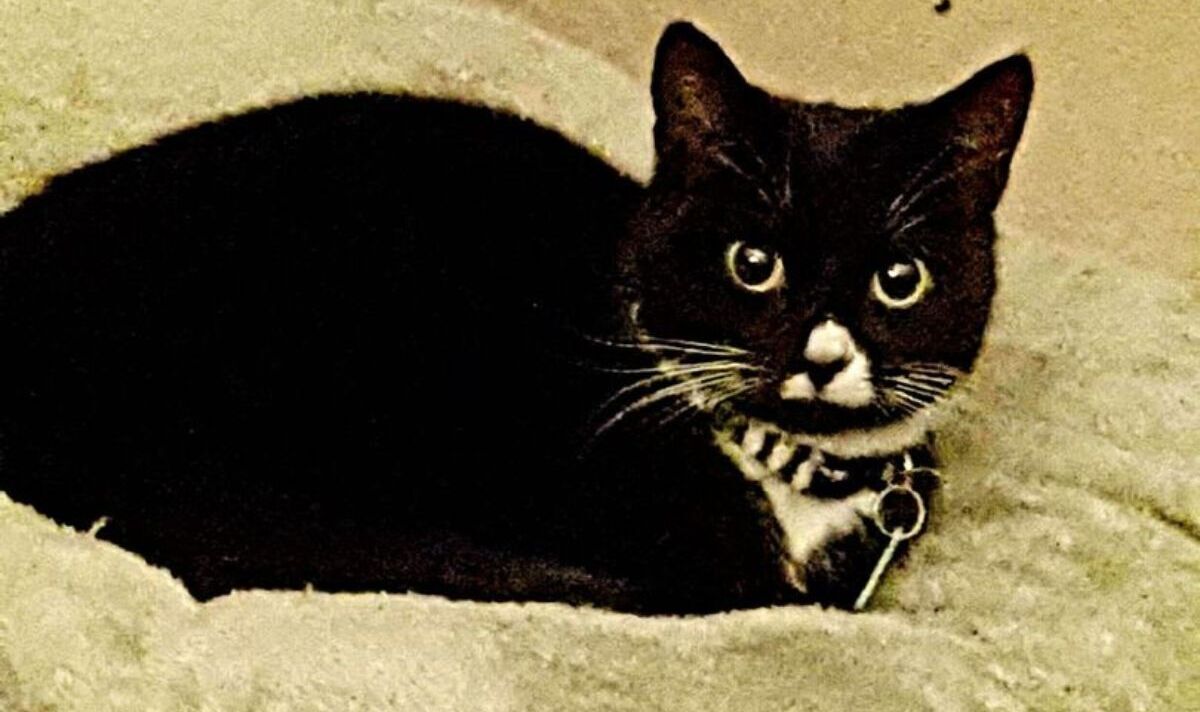 The 10-year-old black and white cat, named Jack, was recovered from the back garden of a property in Northcote Avenue in Wythenshawe this Tuesday (June 21). The RSPCA reported that the hanging appeared to have been committed deliberately. The animal rights organisation said the line had been tied from a fence to the lower branch of a tree, before being wrapped around the cat’s neck three times, and knotted up.

They are currently investigating. Distraught owner Tracy McCormick was called to her neighbours’ home, where her cat had been found.

Ms McCormick believes the shy rescue cat must have been seized by the cat-killer, as Jack was typically timid around strangers. She had taken on Jack when he was a kitten about a decade ago, after he and his siblings were found neglected.

She said: “It is just horrendous that someone would do this.

“Jack used to go out around 9pm and be back in for bed time.

“He’s not an unneutered Tom cat who was spraying.

“He was timid and no-one had ever complained about him. He was a cat I had taken from a bad situation and he was loved.

“Whoever did this did it deliberately as the line was wrapped around him and tied with three knots.

“It took all my strength to get it off him, but he would have fought, that’s for sure.”

RSPCA Inspector Ryan King believes Jack was likely killed in the early hours of Tuesday morning. CCTV footage made available by neighbours was viewed by the inspector, who is now appealing for anyone with information to come forward.

He said: “This seems a deliberate act as the line had been moved from where it was being used for repair work on a tree.

“The owner was distraught and her neighbours were quite horrified when her cat was found around 8am on Tuesday.

“You have to wonder why someone would do this and it seems strange they would go into a back garden to do it. A neighbour heard the side gate being rattled and found it was unlocked in the morning.”

Ms McCormick has worked with rescue animals when previously volunteering with the RSPCA Stockport, East Cheshire and West Derbyshire Branch. She has two other cats and a miniature pinscher, all of whom she says are missing their companion.

She added: “It is so bizarre as we’ve got no issues with any neighbours and we have lived here for around eight years. This has just come from nowhere.

“I’ve had to move Jack’s scratch mat and the house furniture as you feel it so hard that he’s not around any more.”

If anyone has any information or CCTV footage that may be of assistance they are asked to call the RSPCA appeals line on 0300 123 8018.

DON’T MISS: ‘Like a shark attack!’ Woman’s horrific incident as dog turned on her [REVEAL]
Cat owners should ‘think of them as more human’ to be closer to pets [INSIGHT]
‘Big cat size of Great Dane’ terrifies walkers [ANALYSIS]