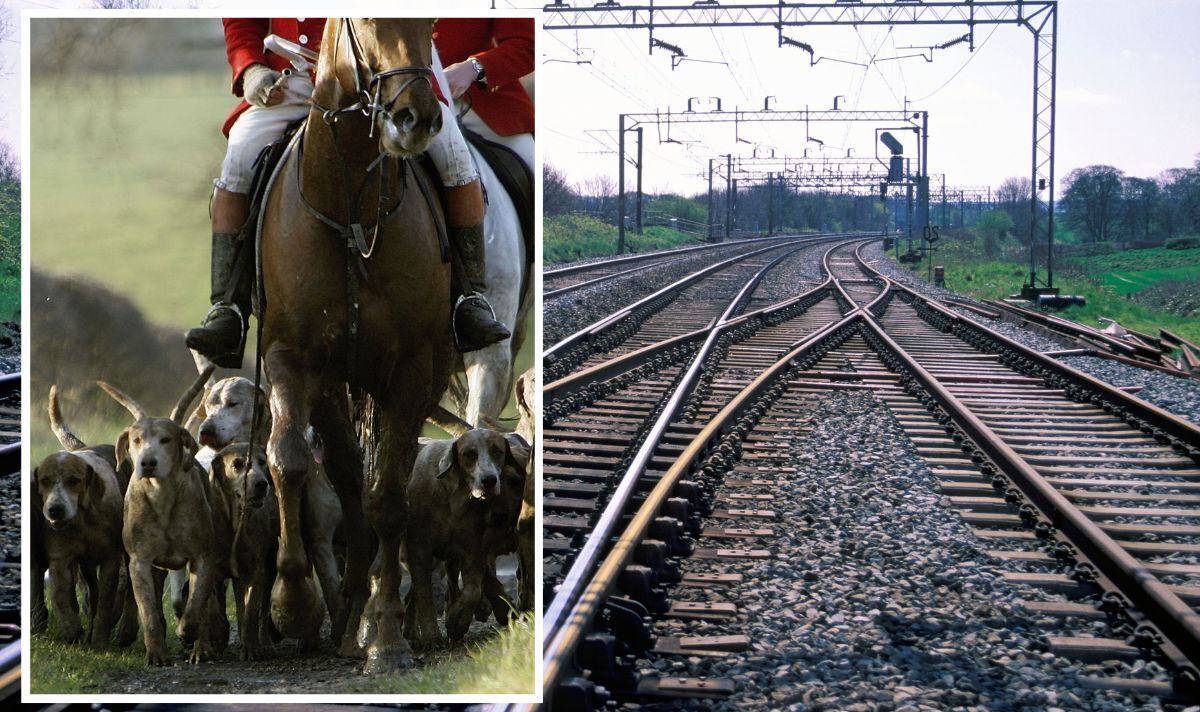 A group of 20 hunting hounds have reportedly been involved in an incident on a railway line in Norfolk today – with several confirmed dead after being hit by a train. The incident happened just outside Diss with at least four dogs confirmed to be dead. The train has been withdrawn from service following the incident, according to League charity.

Nick Weston, head of campaigns at the League Against Cruel Sports, said: “The tragic death of these hounds on a railway line in Norfolk highlights the irresponsibility of hunts.

“It poses the question as to what the hunt was doing there – trespassing on railway lines is illegal and dangerous and entirely inconsistent with the trail hunting excuse often used by hunts.

“The hunts are risking the safety of their hounds and causing stress to passengers and train drivers who would be witnessing extremely distressing accidents.”

An investigation is underway following the incident.

The dogs were struck on the Norwich to London line at Great Moulton at 8.45am on Monday.

It has been suggested that the dogs, from the Dunston Harriers hunt, were not hunting at the time, but were being exercised by staff on foot, near the railway line.

Reports suggest a group of hounds managed to escape from the rest of the pack and attempted to cross the tracks where they were struck.

A spokesman for the British Hound Sports Association (BHSA) said around six animals had got onto the line.

READ MORE: Planet killer asteroid that may one day collide with Earth discovered

Greater Anglia said its train had been damaged during the incident, which it is now investigating.

A spokeswoman said: “Greater Anglia and Network Rail are currently investigating how the dogs came to be on the tracks.”

A spokesman for the BHSA, which represents hunts, said: “We understand an incident occurred whilst the Dunston Harriers were being exercised on foot by their professional hunt staff. Six hounds strayed away from the rest of their pack and although no members of the hunt were present at the time, we understand some of those hounds were subsequently fatally injured during a collision with a train.

“Our thoughts are with the driver of the train and anybody who may have witnessed this distressing incident and also with the hunt staff who devote their lives to looking after these hounds on a daily basis and care deeply for every one of the pack.”