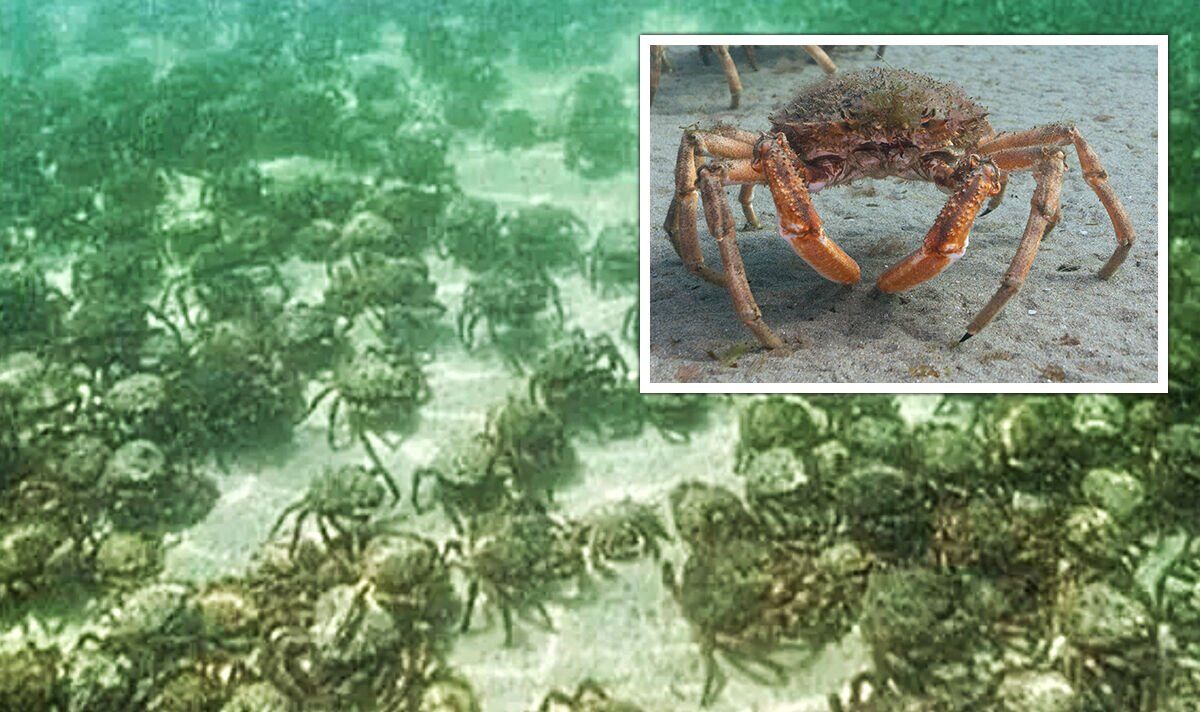 A warning has been issued to Britons days after a snorkeler claimed they were bitten by a shark and the Cornish coastline was flooded with jellyfish. In the latest warning, a beach in St Ives has now been overrun by the mass of crustaceans.

According to the report, they have gathered in the shallow water at St Ives in Cornwall to shed their shells before returning to the ocean.

The stunning mass of crustaceans have gathered in the shallow water at Porthgwidden Beach to shed their shells before returning to the depths.

Revellers on the Cornwall coastline were given a fright just weeks after the area became overrun with jellyfish in the wake of July’s record-breaking heatwave.

But some brave snorkelers took the chance to wade above the carpet of crabs to view the hair-raising spectacle.

Spider crabs are not uncommon on British beaches, and are instantly identified by their spindly long legs and pincer claws.

Kate Lowe, a marine photographer, captured the event in the same week a woman snorkeler was bitten by a blue shark further around the Cornish coast, off Penzance.

Kate said: “I go snorkelling most of the time throughout the year but I have never seen spider crabs in such numbers.

“When we turned up at the beach it looked as though there were lots of dark rocks under the surface.

Spider crabs are popular around Cornwall and are often spotted by scuba divers in the area around the summertime.

The unique crabs are known for their spiny legs and their claws can span up to one metre.