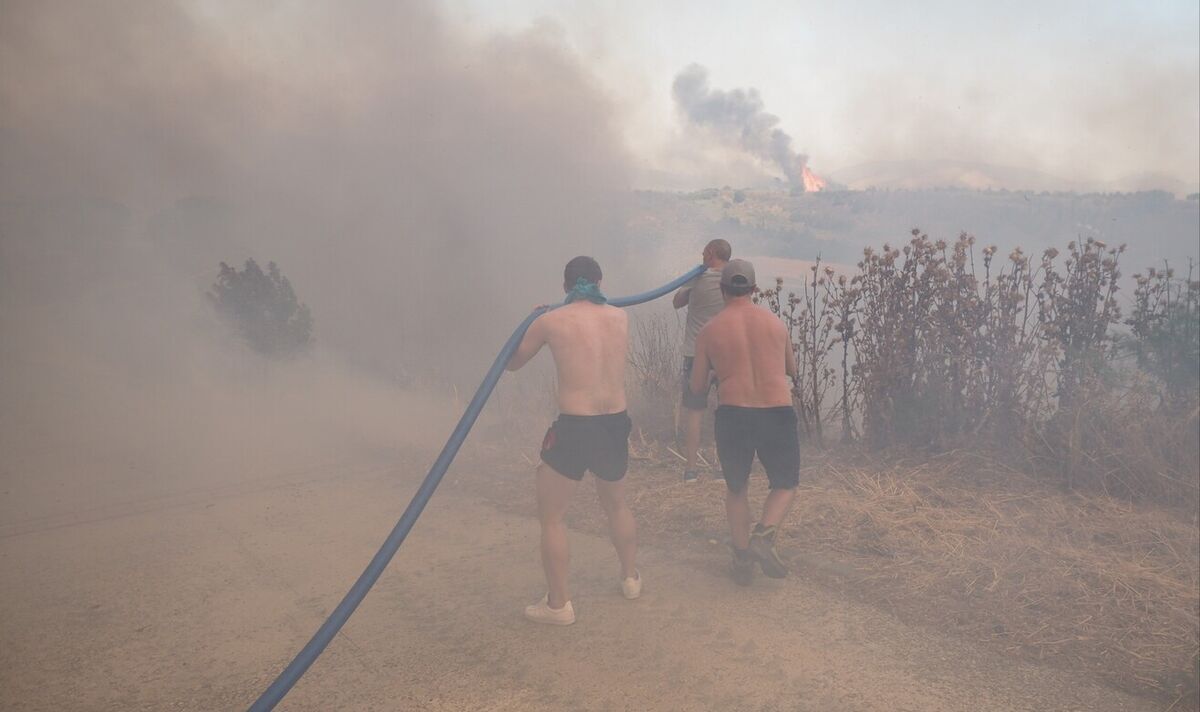 Raging flames have reduced thousands of hectares of woodland to ashes, and temperatures are surging to 108F (42C) this week.

The worst damage has been in the north-west province of Zamora, where more than 61,000 acres were lost despite the heroics of 500 firefighters with water-dumping aircraft.

Military firefighting units have also been deployed across the north. At least 10 villages in the Sierra de la Culebra and 15 in central Navara have been evacuated. No deaths were reported.

Bernardo Funes, 63, a market stallholder and farmer in the city of Zaragoza, in the North East, said: “We’ve had highs of 35C in May and now, it’s something like 44C.” Pal Marisa Gutierrez added: “It’s been very bad, with a hot wind as if it was from the desert. This isn’t normal.”