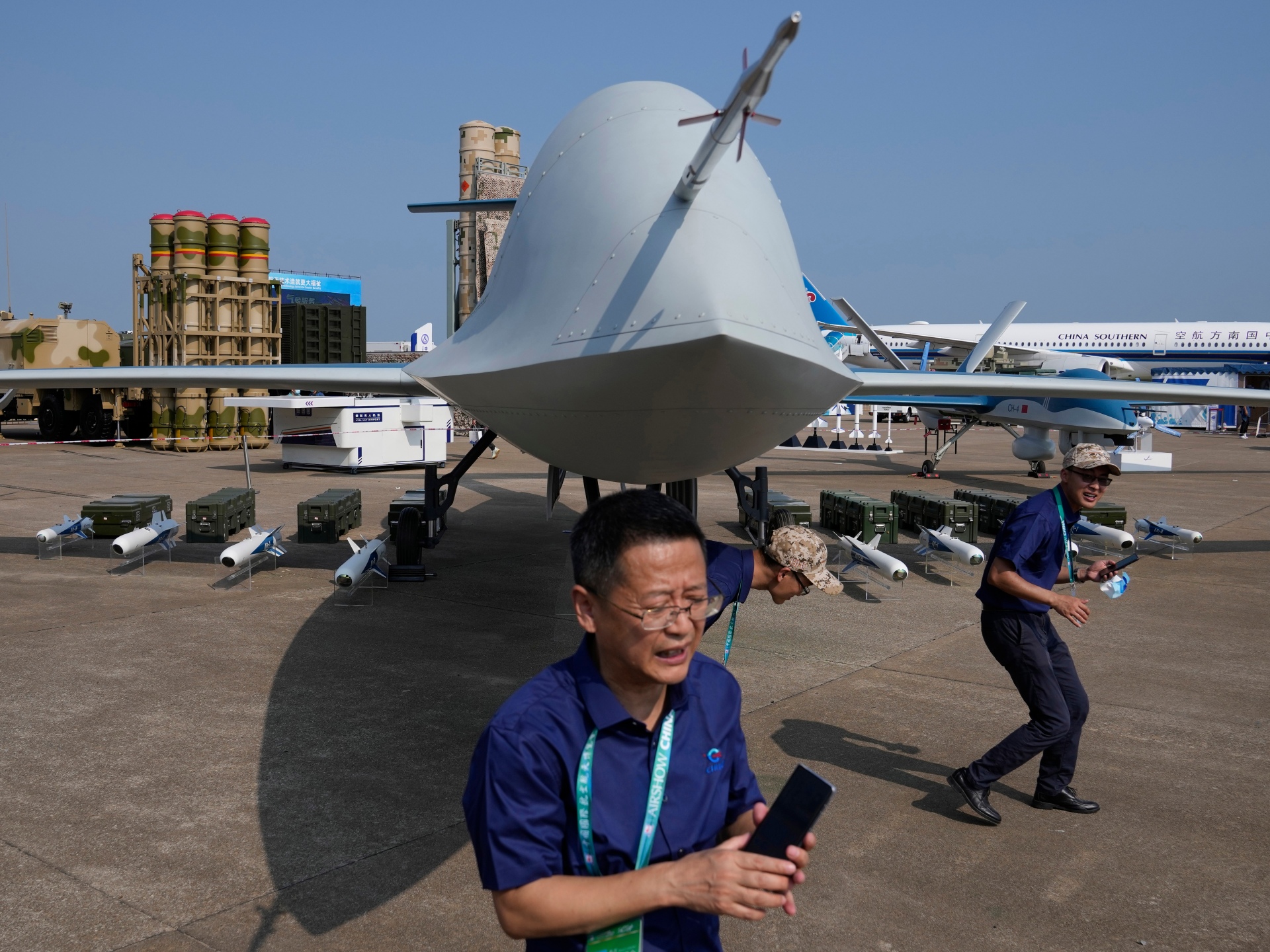 How China became the world’s leading exporter of combat drones

From Saudi Arabia to Myanmar and Iraq to Ethiopia, more and more militaries across the world are stockpiling Chinese combat drones and deploying them on the battlefield.

In Yemen, a Saudi-led coalition has dispatched the Chinese aircraft, also known as uncrewed aerial vehicles or UAVs, as part of a devastating air campaign that has killed more than 8,000 Yemeni civilians in the past eight years. In Iraq, authorities say they used Chinese drones to carry out more than 260 air raids against ISIL (ISIS) targets as of mid-2018, with a success rate of nearly 100 percent.

In Myanmar, the military — armed with Chinese drones — has conducted hundreds of air attacks on civilians and ethnic armed groups opposed to its power grab two years ago, while in Ethiopia, Prime Minister Abiy Ahmed’s fleet of Chinese, Iranian and Turkish drones was critical in helping his forces thwart a rebel march in 2021 that threatened to overthrow his government.

Other buyers of China’s combat drones — aircraft that, in addition to intelligence gathering, can also fire air-to-surface missiles — include Morocco, Egypt, Algeria, the United Arab Emirates (UAE), Pakistan and Serbia.

Data from the Stockholm International Peace Research Institute (SIPRI), which tracks global arms transfers, shows China has delivered some 282 combat drones to 17 countries in the past decade, making it the world’s leading exporter of the weaponised aircraft. By comparison, the United States — which has the most advanced UAVs in the world — has delivered just 12 combat drones in the same period, all of them to France and the United Kingdom, according to SIPRI data.

The US, however, still leads in the export of unarmed surveillance drones.

China’s domination of the global market for combat drones over the past decade is partly due to a vast state-funded effort that seeks to elevate the country’s armed forces to “world class standards”. Chinese President Xi Jinping has described drones as capable of “profoundly changing war scenarios” and pledged during the Communist Party’s Congress last year to “speed up the development of unmanned, intelligent combat capabilities”.

“Drones are an important part of China’s informatised warfare concept,” said John Schaus, senior fellow at the Center for Strategic and International Studies (CSIS). “Advanced capabilities like these allow China the ability to conduct missions far from its borders with far less infrastructure or political risk than if its military personnel were physically present,” he said.

While China is not known to have carried out a drone attack, it deployed the combat aircraft in exercises around Taiwan in September in the aftermath of then-US House Speaker Nancy Pelosi’s visit to the self-ruled island.

China considers Taiwan as part of its own territory and has not ruled out the use of force to take control of the island.

And drones will play a critical role in any confrontation over Taiwan.

Fu Qianshao, a Chinese military aviation expert, told the Communist Party-owned Global Times tabloid in September that the unmanned aircraft will be among the first weapons to be deployed in the event of a conflict in the Taiwan Straits, while Western analysts also say the People’s Liberation Army (PLA) is likely to use large numbers of drones at the beginning of any war in a bid to overwhelm the territory’s air defences.

So far, the main focus of China’s drone programme has been on replicating the capabilities of other countries, said Akhil Kadidal, an aviation reporter at Janes, a media outlet specialising in defence issues. These include surveillance, attack and electronic warfare capabilities.

He noted that China’s bestselling drone, the Caihong 4, is nearly identical to the US-made MQ-9 Reaper, while the popular Wing Loong 2 is similar to the US-built MQ-1 Predator. “Many of China’s UAV programmes suggest Beijing’s interest in creating a better platform than their western counterparts. The Wing Loong 2 and 3 are examples of this,” said Kadidal. “Based on Chinese statements, both of these UAVs are not only faster than their American counterparts but are said to be capable of carrying a greater weapons payload.”

While similar in design and capabilities to the US-made drones, the Chinese aircraft are also much cheaper, making them more attractive to global buyers. For instance, the CH-4 and the Wing Loong 2 are estimated to cost between $1m and $2m, while the Reaper costs $16m and the Predator $4m, according to CSIS, the US-based think tank.

“In terms of performance and cost, on a like-for-like basis, Chinese systems are likely less expensive, and in some areas less capable, but the latter may not be a concern for many of the purchasing states, where the capability offered is good enough,” said Douglas Barrie, senior fellow at the International Institute for Strategic Studies (IISS).

“Chinese companies realised that those countries in North Africa are not rich, and allowed them not to pay cash, but by instalment, sometimes even to barter drones for local natural resources like minerals,” Zhou Chenming, a Beijing-based analyst, told the South China Morning Post last year.

More than any other factor though, analysts say countries are turning to China because of export controls imposed by the US.

Washington restricts the sales of its combat drone sales by citing the Missile Technology Control Regime, an agreement established in 1987 to limit the proliferation of platforms capable of delivering chemical, biological and nuclear weapons. It reportedly denied requests for the weaponised aircraft from Jordan, Iraq, and the UAE, forcing these countries to buy from China instead.

“This means countries purchasing UAVs can deploy them as they see fit, even if it violates international law and human rights,” he said.

For China, meanwhile, other countries’ use of its drones on battlefields provides it with valuable feedback to fine tune the equipment’s capabilities.

And while the US continues to hold the technological edge in UAVs, some analysts say China could catch up fast.

“Many of China’s unmanned programmes are inherently technology demonstrators intended to bolster domestic ingenuity. Local industries work on these projects to enhance their proofing, developmental and manufacturing capacities,” said Kadidal at Janes. “However, once the concept has viability, China has been shown to rapidly mature the platform for induction into the armed forces.”

Kadidal pointed to the unveiling of the Wing Loong 10 UAV at a recent air show in the Chinese city of Zhuhai. He said the PLA’s Air Force unveiled the drone in its own colours, suggesting that the UAV, which is said to be capable of electronic warfare operations, had entered service.

“Development of this UAV has gone from concept stage to a potential induction in the span of just six years,” he said.