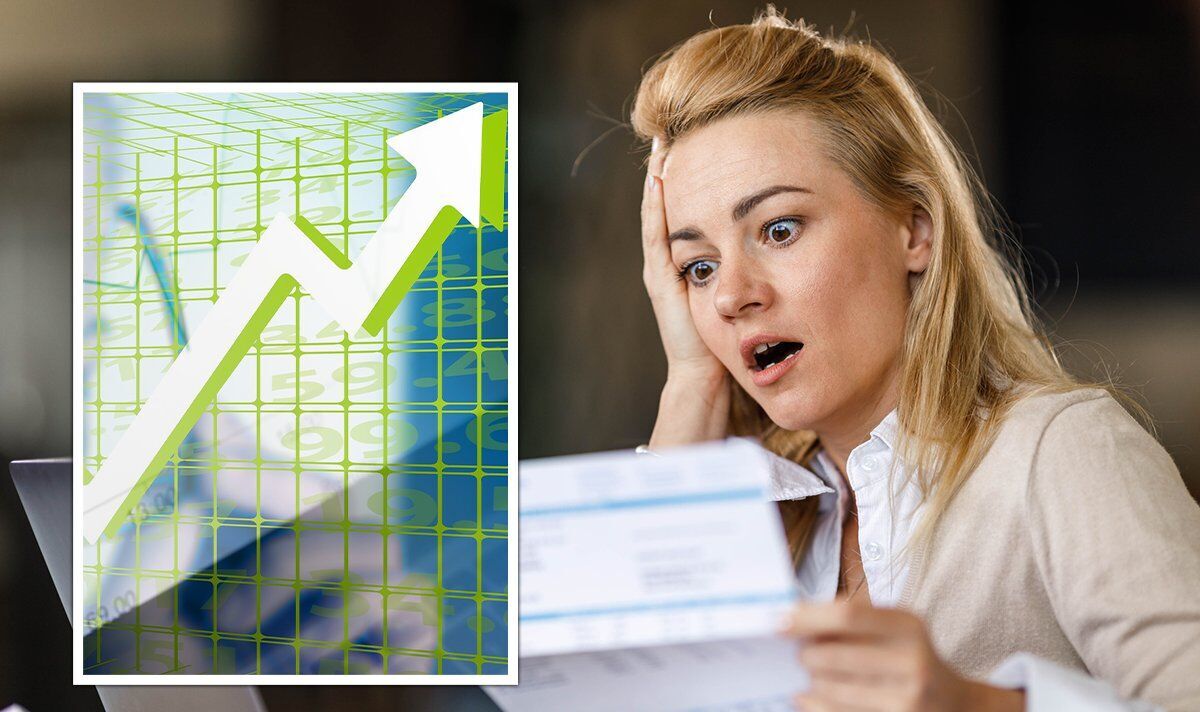 How to protect your cash and even MAKE money as interest rates hit 1.75%

The Bank of England hiked the base rate from 1.25 to 1.75 percent in a bid to address the country’s soaring inflation rate and warned a recession is likely to start later this year up until late 2023. Households are already dealing with a spike in energy bills with experts sounding the alarm that the price is likely to hit £3,600 by next January. In response to this development, Britons will be looking for ways to better protect their cash and make money despite the pending economic downturn.

With inflation currently at 9.4 percent and predicted to reach as high as 13 percent in the coming months, returns on savings accounts are set to meagre for the near future.

However, savers do have the option to shop around the market and switch accounts to get a more favourable rate for themselves.

Due to fixed-rates not allowing for easy withdrawals, Britons are opting to place their money in cash ISA which are more flexible and allow people more control of their money.

Furthermore, people can better protect their cash if they deposit more into a pension pot, according to experts.

Michelle Stevens, banking expert at finder.com, outlined why cash ISA and pension pots are useful tools for those looking to save and make money over the coming months.

“One option to protect your money, for those under 40, is to get an ISA,” Ms Stevens said.

“A Lifetime ISA offers a guaranteed 25 percent return (up to £1,000 per year) but it must only be used to buy a first property or taken out after reaching 60 or you will forfeit the interest on the account.

“Also, putting more into your pension pot could be another option as you get employer contributions and tax relief from the government.”

Despite interest rates failing to keep up with inflation, investors are being encouraged to keep hold of their investments as the likely recession will be “one of the worst times to sell”.

Daniel Hough, a financial planner at Brewin Dolphin, explained: “Stock markets have been very volatile over the course of the last six months.

“That may have spooked some savers and, if there is a further fall in share prices, you may start to feel eager to sell your investments – even if it is at a loss.

“The reality is that one of the worst times to sell your stocks is after the market has downturned. Investors’ who have stayed the course over the long term have typically been rewarded for their patience.

“If you need more cash and have no choice but to sell some shares, then we would recommend taking it from investments that have done well.

“Alternatively, it can be a good time to reassess your attitude to risk and see if a rebalancing might be in order on the back of recent market gyrations.”

Homeowners look set to lose more of their hard-earned cash as the majority of mortgage payments will go up following the rate increase.

Recently, the average two-year fixed rate has risen from 2.25 percent to 3.35 percent since October last year after bank’s began to raise their prices.

After today’s interest rate rise, those on a standard variable rate are the most likely to see their payments rise.

Pete Mugleston, the managing director at www.onlinemortgageadvisor.co.uk, noted the importance of standard variable rate mortgage holders trying to secure a fixed-term if they are coming to the end of their deal and looking to remortgage.

Mr Mugleston said: “The number of fixed rate offers available have dwindled recently and some lenders are now offering virtually the same rate for two-year and five-year mortgages.

“With markets expecting further rises in the base rate of up to three percent later in the year, we’d encourage borrowers who’re seeing or suspecting their mortgage repayments to soar, to try and lock in longer fixed-term mortgage rates for more certainty.”