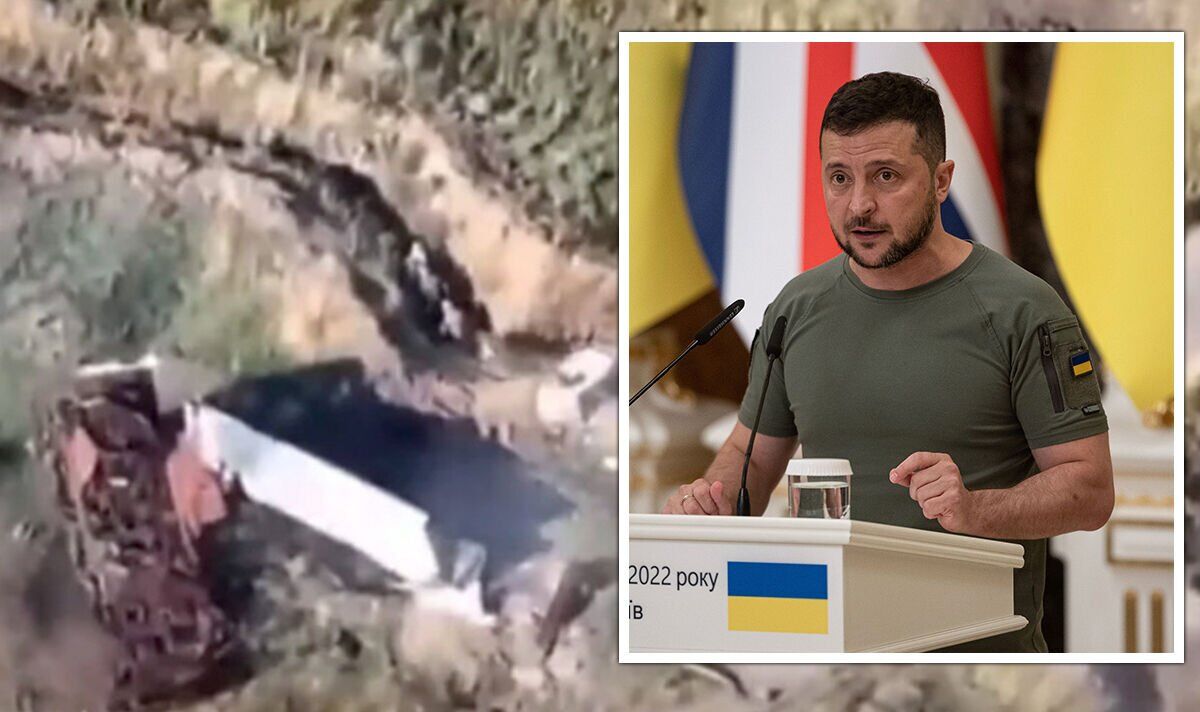 Heroic Ukrainian fighters have pushed back against their Russian enemies, claiming to have already destroyed command posts and ammunition depots in the area.

They claim to have already launched 16 air strikes on Russian strongpoints, ammunition depots and troops in the south in the past 24 hours.

And a number of snaps reportedly show the moment Vladimir Putin’s troops “flee the frontline” as Ukraine vows to drive them back to the border.

It comes after Ukrainian forces broke through the first line of Russian defences in the southern city on Monday and vowed to not stop until pushing them back to the border.

Ukrainian President Volodymyr Zelensky said: “We will push them to the border. To our border, the line of which has not changed. The invaders know it well.

“If they want to survive, it is time for the Russian military to flee.”

They said that Ukrainian forces, after trying to go on the offensive in three different directions in the Mykolaiv and Kherson regions, had lost over 1,200 military personnel as well as 139 tanks, armoured vehicles and trucks, Reuters reports.

Kyiv is maintaining a total news blackout of its operation to give it the best chance of success.

Officials have cautioned it will be “slow” and “grinding”.

Oleksiy Arestovych, an adviser to the government, said on a YouTube news channel on Tuesday: “This is a planned slow operation to grind down the enemy, saving the lives of our military and civilians.

“Be patient. This process will not be very fast, but will end with the installation of the Ukrainian flag over all the settlements of Ukraine.”

But residents in the Kherson region have reported heavy explosions around the city centre.

One said she had heard gunfire and the sound of large-calibre weapons close to her home.

She said: “It’s very loud… for the second day there hasn’t even been an hour break where something did not explode or bang.

“It’s scary, but at the same time joyful when you hear the sound of explosions.”

This morning, the UK’s Ministry of Defence confirmed Ukraine had launched assaults on “several axes” in the region.

They announced: “Ukrainian armoured forces have continued to assault Russia’s Southern Grouping of Forces on several axes across the south of the country since Monday.

“In line with its doctrine, Russia will likely now attempt to plug the gaps in its line using pre-designated mobile reserve units.

“These will likely include some of those from the Eastern Grouping of Forces.”

Kherson sits on the delta where the Dnipro river flows into the Black Sea.

It has strategic importance for Russia as a “land bridge” to Crimea, which it annexed from Ukraine in 2014.

If Ukraine was to regain the territory it would be a major victory and a key moment in turning the tide on the war.