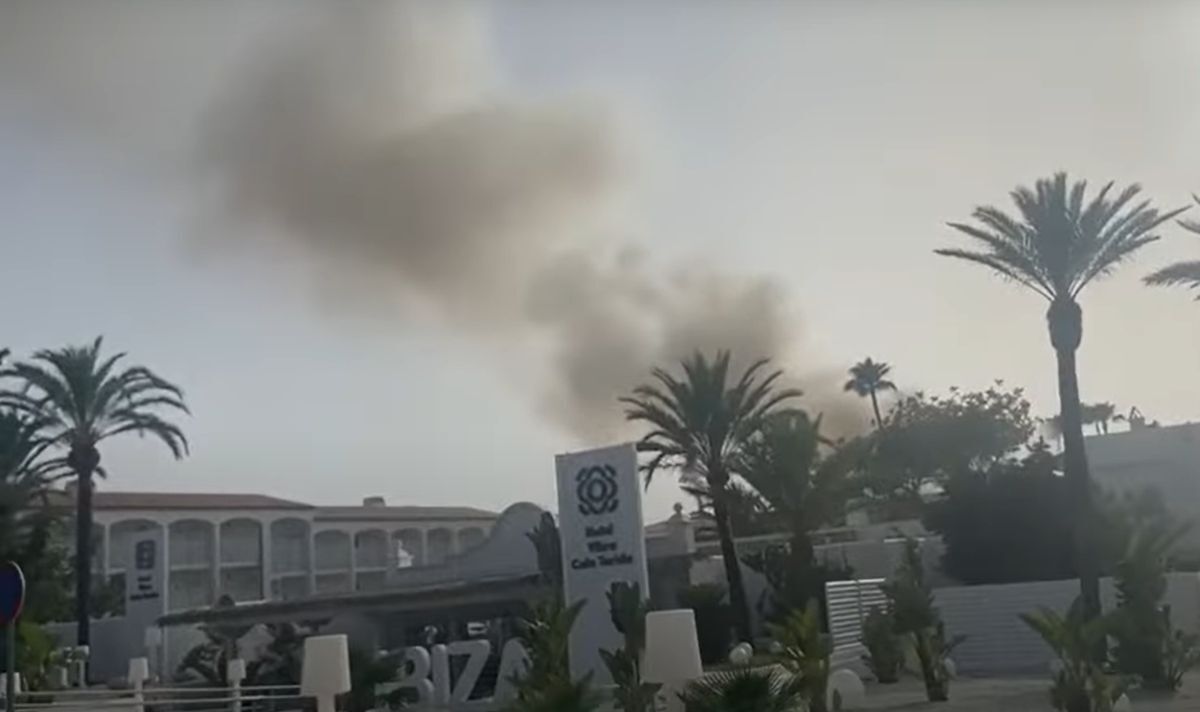 Fire and rescue services as well as ambulances and paramedics arrived at a hotel in Cala Tarida after the building was suddenly wrapped in flames on Sunday evening. The fire started at about 5pm local time, at the hotel located in the Ibizan municipality of Sant Josep.

About 300 people were evacuated from the hotel, and eight people were treated for smoke inhalation, although they didn’t require hospitalisation, according to Cronica Balear.

Local news outlet Diario de Mallorca reported that the fire initially broke out in a room adjoining the establishment’s laundry.

The room was located in the basement of the building, which complicated the extinguishing work, the Ibiza Fire Brigade explained.

Two teams of firefighters arrived at the hotel and found a large amount of smoke and high temperatures.

The conditions made it difficult to access the room where the fire started, according to reports.

The firefighters reportedly needed a sketch to get through the basement, a “labyrinth of warehouses and workshops”.

The flames spread from the room to the laundry, reaching higher temperatures, and the lack of windows complicated the extinguishing and ventilation work.

Thankfully, the fire did not spread to the upper floor where the hotel rooms are located.

After evacuating the hotel, the local police proceeded to secure the area outside the establishment.

The police force said on social networks that actions were taken to maintain public order and regulate traffic in the area to “make things as easy as possible” for other emergency services involved.

The extinguishing work lasted until midnight.

The local ambulance service wrote in a message on Twitter: “Fire in Hotel in Cala Tarida, Eivissa. 2 units are sent @SAMU061IB to treat 8 affected with mild prognosis.