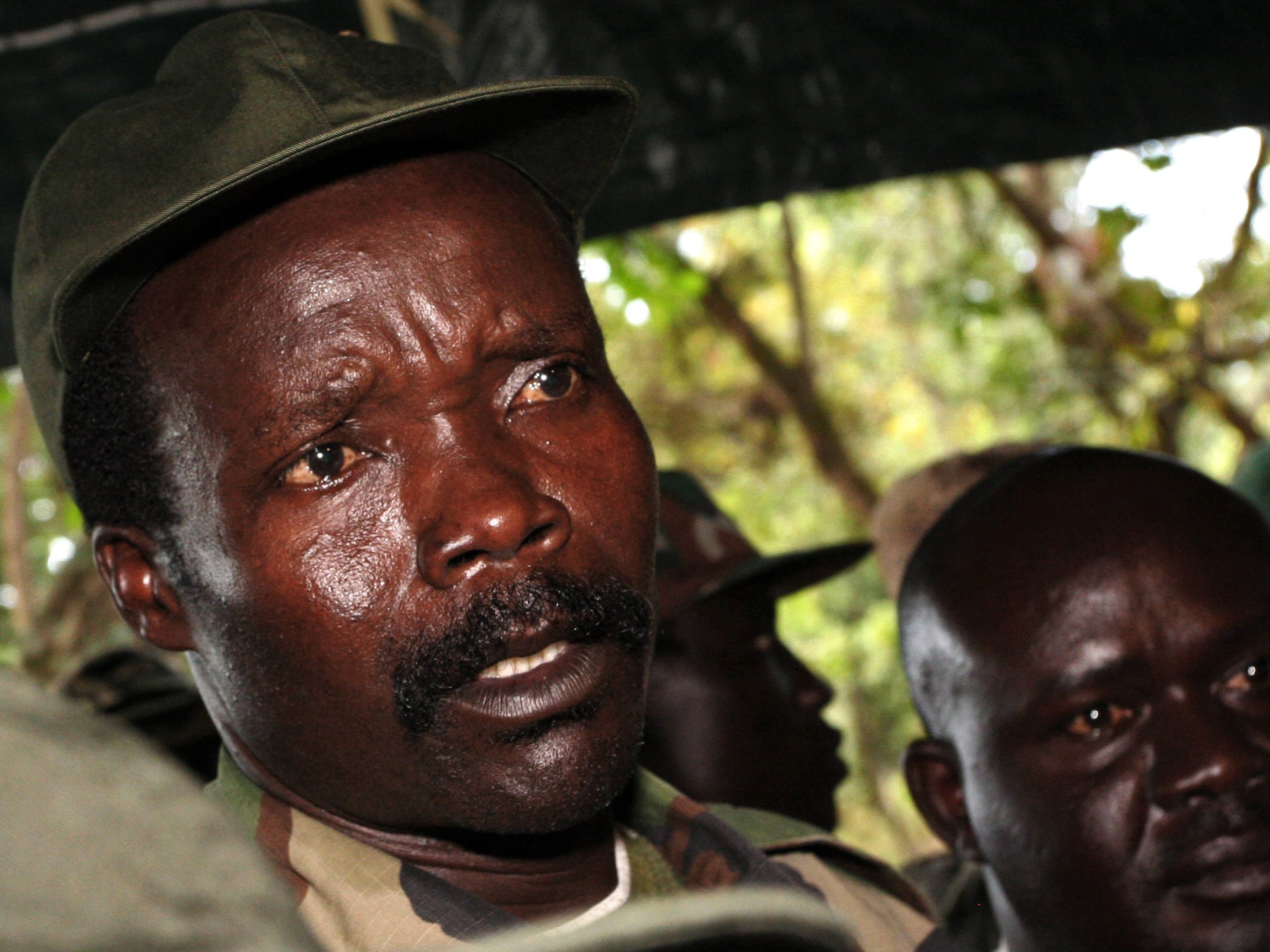 The ICC chief prosecutor seeks to revive case against the Ugandan rebel commander in his absence since he has evaded arrest for nearly 20 years.

The International Criminal Court (ICC) chief prosecutor has sought to revive the case against fugitive Ugandan rebel commander Joseph Kony, who remains at large since an arrest warrant was issued in 2005 on allegations of war crimes.

Prosecutor Karim Khan said he had asked judges for authorisation to hold a hearing to confirm the charges against Kony, the head of the notorious Lord’s Resistance Army (LRA), in his absence.

“This is the first time that my office has made such a request since the establishment of the ICC,” Khan said.

Kony launched a bloody rebellion more than three decades ago seeking to impose his own version of the Ten Commandments in northern Uganda, unleashing a campaign of “terror” that spread to several neighbouring countries.

The Hague-based ICC issued an arrest warrant for Kony in 2005 on allegations of war crimes and crimes against humanity, and US president Barack Obama in 2011 launched a small number of US troops to help regional armies try to capture him.

“However, this arrest warrant remains unexecuted to this day. Mr Kony has sought to evade judicial proceedings at this court for more than 17 years despite continuing efforts,” Khan said in a statement.

“I have determined it is both necessary and appropriate to seek to advance proceedings against him to the fullest extent compatible with the Rome Statute,” the charter which governs the ICC, he said.

Suspects cannot be tried in absentia at the ICC, but it is possible to hold confirmation hearings while they are still fugitives, Khan explained.

Confirming the charges against Kony would make it easier and quicker to put him on trial should he be captured, the prosecutor added.

Any hearing involving Kony would be a “meaningful milestone for victims of Mr Kony’s crimes who have waited patiently for justice for almost two decades,” Khan said.

Starting with a bloody rebellion in northern Uganda against President Yoweri Museveni, the LRA’s campaign of violence has killed more than 100,000 people and seen 60,000 children abducted.

The violence eventually spread to Sudan, the Democratic Republic of the Congo (DRC) and Central African Republic.

The allegations against Kony in the arrest warrant include murder, cruel treatment, enslavement, rape, and attacks against the civilian population, the ICC said.

In 2021, the ICC convicted an LRA child soldier-turned-commander, Dominic Ongwen, of war crimes and crimes against humanity and sentenced him to 25 years in jail.

He has appealed against the verdict and sentence, arguing that he was scarred by his own history and still believed he was “possessed” by the spirit of Kony.

The ICC was set up in 2002 to bring perpetrators of the world’s worst crimes to justice but has been criticised for choosing many of its cases from African nations.