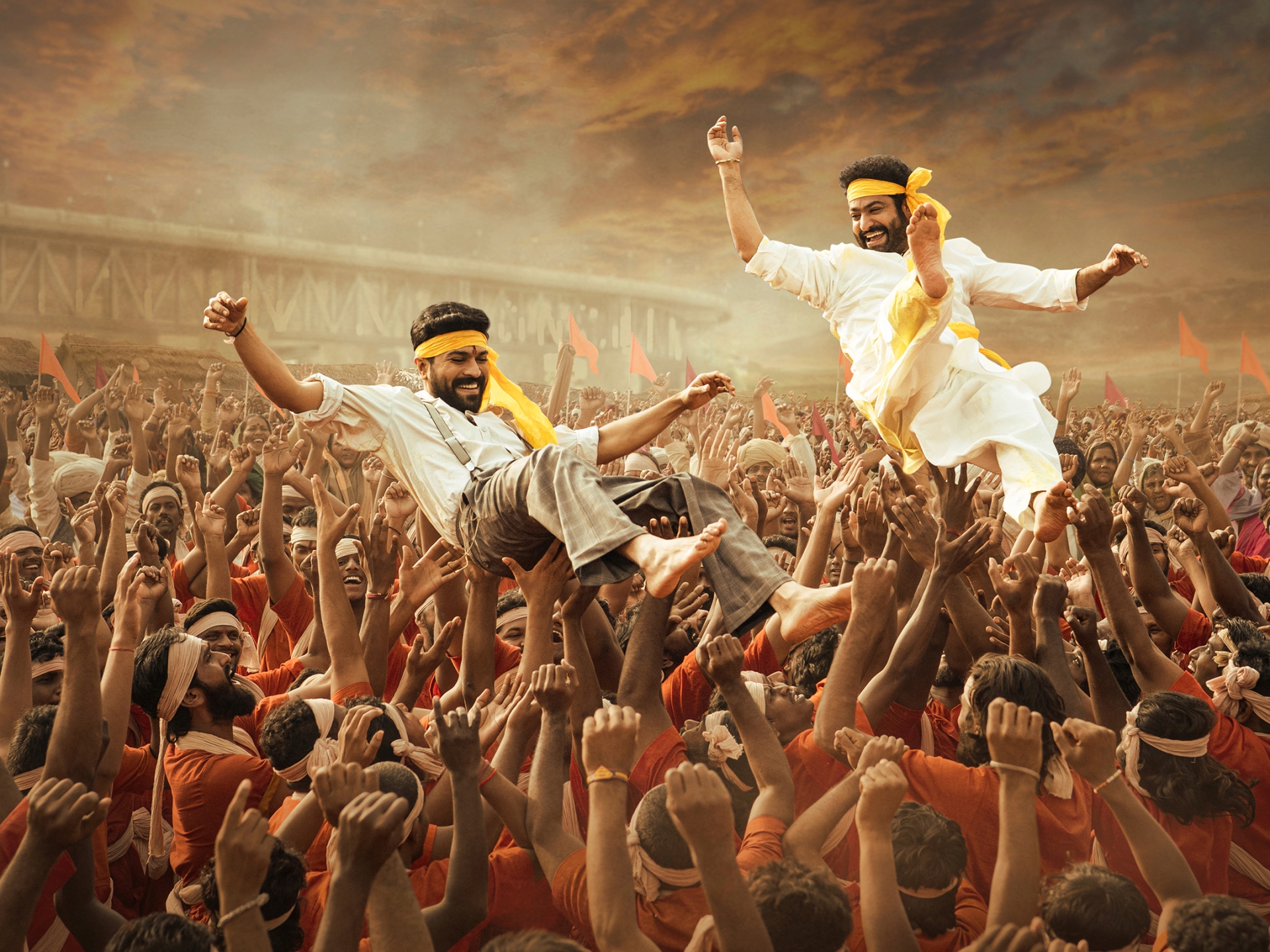 The catchy Naatu Naatu number and two documentaries – All That Breathes and The Elephant Whisperers – make the cut.

It is a big day for Indian cinema, which has secured three nominations at the 2023 Oscars, including one for the best original song and two for documentaries.

The nomination comes as a further boost for the song, which earlier this month also won the Golden Globes for best song – the first time an Indian film had won an award at the competition.

“I feel like I’m on top of the world. This is the best feeling,” said music director M M Keeravaani, who added that he was not surprised with the nomination because he was “very confident in his work”.

Proud and privileged to share that #NaatuNaatu has been nominated for Best Original Song at the 95th Academy Awards. #Oscars #RRRMovie pic.twitter.com/qzWBiotjSe

Despite not being submitted as India’s official Oscars pick, RRR, an unapologetically over-the-top action flick, has built grassroots support to become a hugely popular favourite in Hollywood in recent months.

Its fans include Avatar director James Cameron, who was seen praising Rajamouli in a recent video that went viral on social media, prompting hopes of a best picture Oscar nomination.

“No shade to the movie they did choose, which is actually very good, but RRR was a slam dunk,” Variety senior awards editor Clayton Davis said.

Congratulations to #AllThatBreathes, Shaunak Sen’s story of connection between humans and animals, on its #AcademyAwards nomination for Best Documentary Feature. Coming soon to @HBOMax. #Oscars95 pic.twitter.com/lADDK6jXt8

All That Breathes, a story of two brothers trying to protect Delhi’s black kites, is only the second Indian-made documentary to be nominated in the long documentary format after Writing With Fire in 2021.

Shaunak Sen told India’s NDTV broadcaster it took his team three years to make the documentary, which he called an “ecological, emotional and sociopolitical history” of the older quarters of the city.

The 92-minute documentary, co-directed by Aman Mann and Teddy Leifer, has also been nominated for the prestigious BAFTA awards.

The mostly Tamil-language film follows Bomman and Bellie, members of an Indigenous tribe, treating two elephants Raghu and Ammu as their own children, “bringing to their jobs an intuitive understanding of the forest and its irreplaceable riches”, the film suggests.

“How on earth will Oscar voters find the strength to resist a documentary about two adorable baby elephants and their equally lovable elderly caretakers? Indeed, it will take a pachyderm’s hide – and a heart of stone – to ignore a 41-minute montage of ‘awwww’,” a piece in India’s Scroll.in website said.

We will know on March 12 when the Oscar awards ceremony will be held in Los Angeles.