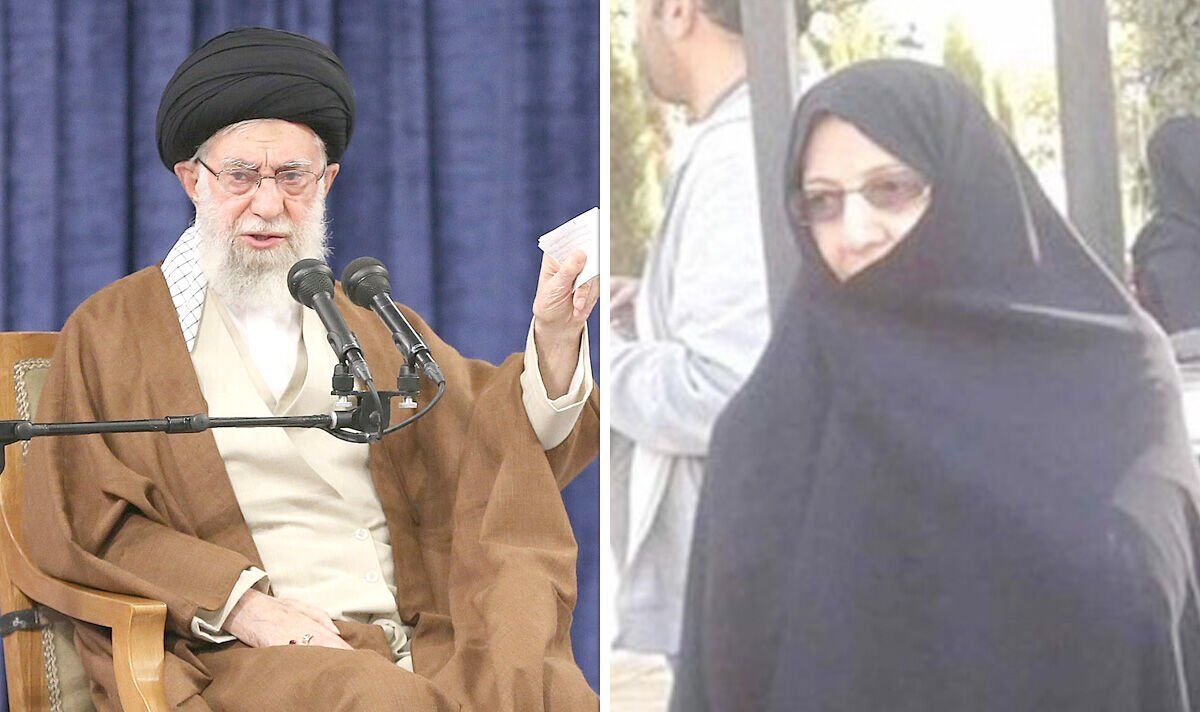 The sister of Iranian Supreme Leader Ali Khamenei, the face of the clerical regime, has branded him a “despotic caliphate” and declared she “opposes my brother’s actions”. Badri Hosseini Khamenei, in a letter shared on Twitter by her French-based son, Mahmoud Moradkhani, called for the Iranian Revolutionary Guard Corps, the regime’s security forces tasked with cracking down on the protests, to “lay down their weapons” and heed the protesters’ demands. Hours before Iran’s Student Day, in which mass protests against the regime were staged across the nation, Badri expressed her “sympathy with all mothers mourning the crimes of the Islamic Regime”.

Despite the familial ties, Badri Hosseini Khamenei has been a longstanding critic of the regime run by her brother since 1989.

She and her husband fled to Iraq in the 1980s during the Iran-Iraq war, where the pair regularly criticised the regime.

Her husband, Ali Tehrani, was a prominent dissident and cleric who, upon returning to Iran in 1995, was jailed for 10 years before dying this October.

Their daughter Farideh Moradkhani, who is also a prominent activist, has been arrested three times for speaking out against her uncle.

Ms Moradkhani described Khamenei’s regime as “murderous and child-killing” in one YouTube video. In November this year, she was arrested for calling on foreign governments to cut all ties with Tehran.

Now that Badri is back in Iran, her letter of dissent is a dangerous move; since returning, she has refrained from speaking openly against her brother’s rule.

But after hundreds of thousands of Iranians flooded the streets across the country to oppose the regime, Badri released her letter expressing solidarity with those citizens.

Human rights groups have estimated that 450 have died since the protests began, while a court yesterday, following “sham trials”, brought the number of people executed by the state for involvement in the protests to 11; five people were sentenced to death by hanging for killing a member of the Basij paramilitary force earlier this month.

Iranian opposition groups have suggested the number of people killed by the regime during the protests is at least 700.

Badri wrote: “I think it is appropriate now to declare that I oppose my brother’s actions and I express my sympathy with all mothers mourning the crimes of the Islamic Republic regime, from the time of Khomeini to the current era of the despotic caliphate of Ali Khamenei.

“Like all Iranian mourning mothers, I am also sad to be away from my daughter. When they arrest my daughter with violence, it is clear that they apply thousands of times more violence to other oppressed boys and girls who are subjected to inhumane cruelty.

“My concern has always been and will always be the people, especially the women of Iran. I believe that the regime of the Islamic Republic of Khomeini and Ali Khamenei has brought nothing but suffering and oppression to Iran and Iranians.

“The people of Iran deserve freedom and prosperity, and their uprising is legitimate and necessary to achieve their rights. I hope to see the victory of the people and the overthrow of this tyranny ruling Iran soon.”