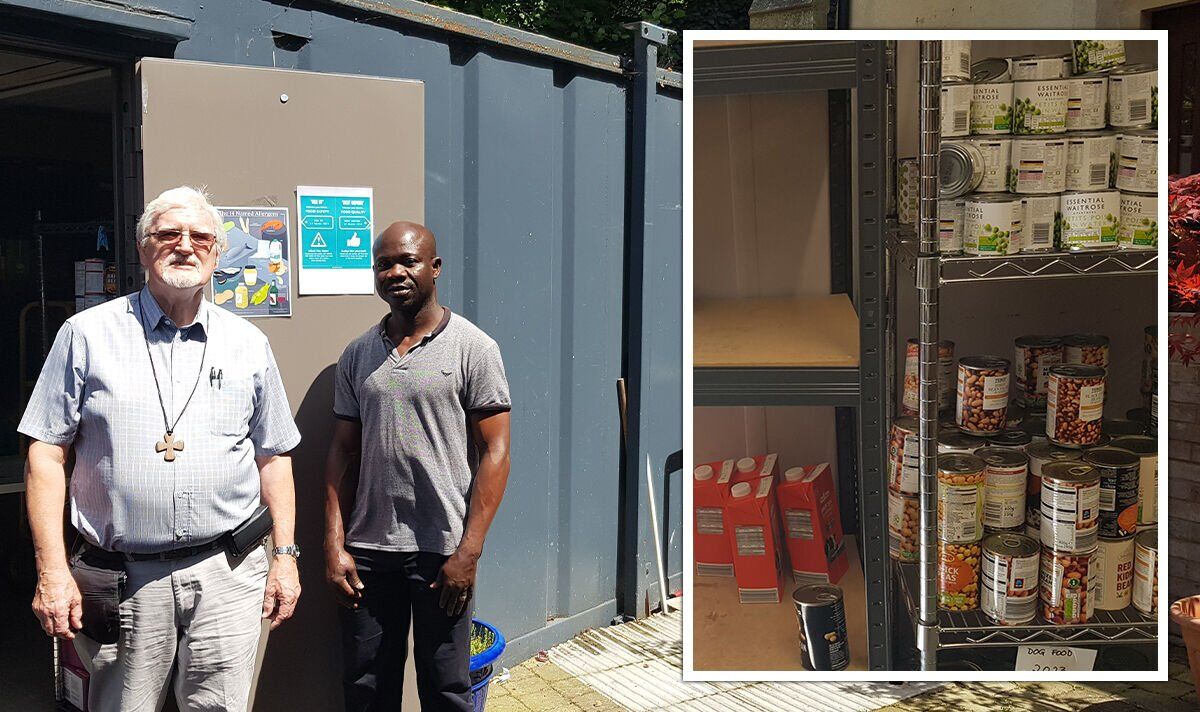 The Father of a church and food bank in Bristol told the Daily Express that in 45 years of working alongside poor communities he’s never seen so much desperation. Food banks have seen a dramatic increase in demand for their services as the people who would usually donate themselves – including the middle classes – are now turning to them for help, while supplies at his food bank have fallen drastically compared to this time last year.

“The Chancellor must urgently continue to tackle this devastating crisis through cash first interventions.

“Social security payments as well as wages need to match the rising cost of living to reverse rapidly escalating poverty in communities across the UK.”

When the pandemic first kicked in, food banks like the one at St Nicholas of RC Church in Bristol stepped up to help struggling families survive.

Communities clubbed together, with people collecting donations from neighbours and bringing them to the church to be distributed to those who needed them most.

Now, however, food banks are facing their worst nightmare – they can’t help everyone because they just don’t have enough food.

Father Richard McKay works with a team of volunteers to run the food bank at St Nicholas Church in Bristol and says he has never witnessed anything like this before.

He told the Daily Express he’s angry that things have come to this.

“Compared with a year ago when our shelves were full of basics like tins of baked beans, pasta, rice and milk and whatever – now we have a short supply,” he said.

“We often have to go out to a supermarket or a cash and carry and pay for enough just to see us through the day with the basics.

“That’s not unusual – that’s happening maybe once or twice a week.”

Pre-pandemic, the food bank used to give out 20 food parcels a week, but that figure soared to 500 during COVID-19.

While the food bank is currently 40 percent down on stock compared to this time last year, some days all they have is “just a few tins” and “maybe a sack of potatoes”.

“We’ve had teachers coming here for help,” Mr McKay added. “I find the whole thing alarming – everybody is feeling the squeeze.

“I know a lot of food banks are struggling because we all tend to help each other out.”

“Before we had to store our food in another part of the church because we had so much of it,” he added.

“I feel angry that in a wealthy society like our own there can be such poverty. There’s no doubt that some people will have to go hungry.”

An increasing number of people are asking Father Richard and his volunteers for tinned food because they can’t afford to cook from fresh.

“There’s no point giving them meat – they can’t afford to cook it,” he said.

Emma Revie, chief executive of the Trussell Trust, said: “How can this be right in a society like ours?

“And yet food banks in our network tell us this is only set to get worse as their communities are pushed deeper into financial hardship. No one’s income should fall so dangerously low that they cannot afford to stay fed, warm and dry.

She said an urgent first step would be increasing benefits by at least the rate of inflation, to keep pace with increases in the cost of living.

“In the longer term, we need the government to introduce a commitment in the benefits system to ensure that everyone has enough money in their pockets to be prevented from falling into destitution.”

Tim, a 36-year-old man from London said he’s worried how he’s going to make ends meet despite being in work and receiving Universal Credit to top up his income.

He said: “I’m really worried about what the next few months could be like as the cost of living gets higher and higher.

“I’m trying to make the best out of the situation but have already had to use a food bank. I’ve also made the decision not to turn my heating on to save money and to go without certain types of food.

“For things to change, the government needs to increase the amount of social security payments so that everyone can afford to put food on the table.”

Back in Bristol, Father McKay tells the Daily Express how this is the worst he’s seen people struggle in 45 years working alongside inner city communities.

As well as feeding the hungry, the church has a destitution fund where it uses cash donations to help people pay for gas and electric.

“We’re giving out £250 a week – that’s over £1,000 in a month and we’re seeing that it’s just not sufficient,” Father McKay said. “We absolutely need to prioritise the cries of the poor. A politician needs to come down here and just hear the stories.

“And when in the summer people are saying they can’t afford fuel bills and cook food, what’s it going to be like in the winter?”

A Government spokesperson said: “We understand that people are struggling with rising prices which is why we have acted to protect the eight million most vulnerable British families through at least £1,200 of direct payments this year with additional support for pensioners and those claiming disability benefits.

“Through our £37 billion support package we are also saving the typical employee over £330 a year with a tax cut in July, allowing people on Universal Credit to keep £1,000 more of what they earn and cutting fuel duty by 5p saving a typical family £100.”