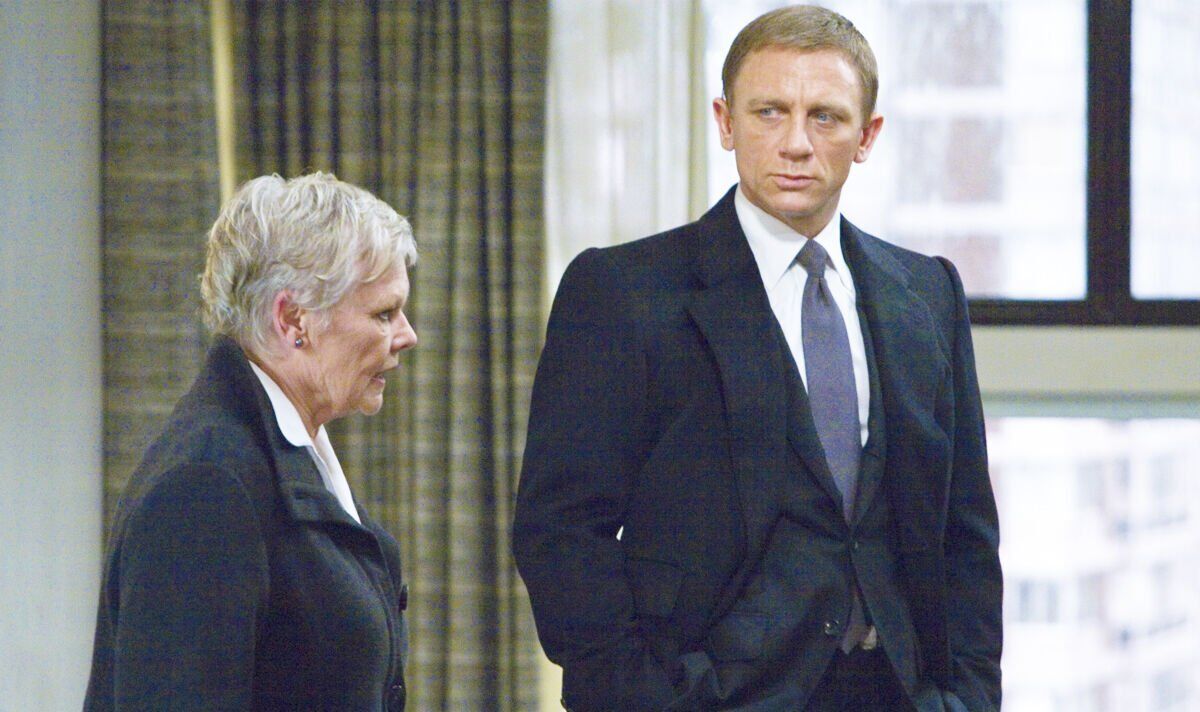 The clock is ticking for the next James Bond actor to be announced by 007 executives. The newcomer follows Daniel Craig, who ended his journey after starring in five films, ending with No Time To Die.

Before Craig was killed off, however, Dame Judi Dench was.

Despite the actors around her changing between films – even Bond himself – Dame Judi remained a key part of the series. She continued to play M in the series for a total of eight James Bond films.

Dame Judi was eventually killed off in the 2012 movie Skyfall, bringing a close to M’s story.

But long before that, the iconic British actor was told to give up in the movie-making business.

Dame Judi revealed she was criticised for her “face” by a sexist industry executive.

“He was perfectly nice,” she said in a new interview. “But at the end he said: ‘You’ll never make a film. You have the wrong face.'”

Still, the actress had a sly response ready for the executive.

She replied: “That is fine, I don’t like film anyway. I want to go back to the theatre.” (Via Sunday Times)

The illustrious star eventually had the last laugh, however.

In fact, when Dame Judi was wrapping up her final scenes in Skyfall, she was moved to tears.

She recalled: “I cried because we were told we were going to Scotland for three weeks.”

Things went very smoothly for the filming, however. Because of that: “We went one morning, we filmed, and we were back on the 7:30 plane that night.”

However, she did have some criticism about Craig’s version of Bond – which was vastly different from Brosnan’s effortlessly comical version of 007.

Dame Judi said at the time: “The script isn’t so funny, I know, I agree.”

Beyond Bond, she has been open about continuing her work for as long as she physically can.

“I just feel I have to keep doing it,” she said. “I never want to stop. I need to learn every day. I don’t question the curiosity. It’s like I love quizzes and things. Did you know what Nostradamus’s first name was? Michel! It’s not likely, is it?”